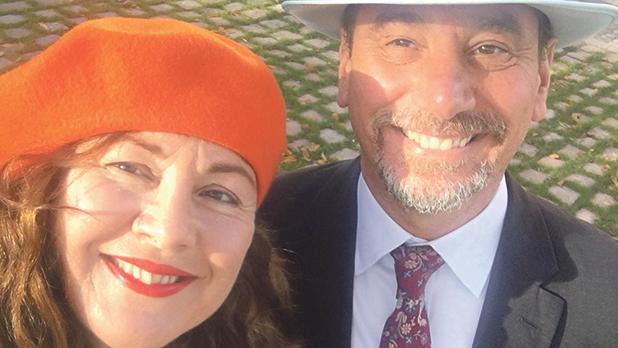 Marlene and Godfrey Farrugia became an item in 1997 and have hit the headlines ever since.

“We have been through so many good and bad times together − and I mean very good and very bad times − that everyday lent to us is a celebration!” Marlene exclaims.

The couple makes it a point that when they are both in Malta, or in the same country (Marlene travels a lot because her children live abroad), they eat a freshly cooked meal (who returns from work first cooks) like it were their last one together.

Godfrey always makes sure his partner has a rose in the small vase on her bedside cabinet but, come Valentine’s, she gets extra flowers.

“We also go on a brief holiday so that gives us more free time to celebrate and think, talk, laugh and cry about the colourful life we’ve had so far,” she says.

The duo holds dear many significant events together, but one in particular stands out.

“The special experiences/adventures and moments we have shared are too innumerable to count but I think the most touching experience was surviving (psychologically as well as physically) Godfrey’s last cancer surgery,” says the MP.

She adds that her dad had died on February 16, two days after giving her mother a bunch of wild narcissus he had picked from the garrigue of Wied Mielaħ in Gozo − and which she still keeps pressed and dried after over 20 years.

“So this anniversary remains a stark reminder of our morbidity,” she notes.

“We live everyday like it is our last, whether it is St Valentine’s or not, but we do make sure that we add some sweetness to a day we agree should be celebrated as special because it reminds us how lucky we are.” 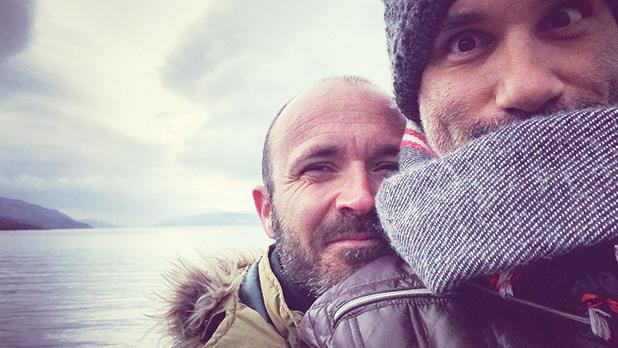 Neil Falzon and Roderick Vassallo married in 2012 after six years of courtship. While the two do not really celebrate Valentine’s – Roderick just recalls having dinner once to mark the occasion − they seem to be very lovey-dovey.

Neil admits he’s quite sentimental, yet he does not like “the too much red and the many hearts” associated with the lovers’ feast.

“I prefer surprise and unpredictability... a random bouquet of flowers on an otherwise drab Thursday afternoon is so much more amazing,” he says.

Roderick does not have much of an opinion about the day but thinks it is “sweet” that young couples celebrate it.

Asked about their most cherished moment together, Roderick mentions his wedding proposal to Neil on a rooftop restaurant in Gozo during a romantic meal in summer.

“I asked Neil to close his eyes, so I could slip a watch around his wrist as an engagement token. He said ‘yes’ obviously.”

Neil, however, does not limit himself to one episode.

“Most of my best memories with Roderick have one thing in common: a shared sense of discovery and awe,” he points out. “So, usually either on holiday or on a country walk or simply discovering a new shop or restaurant together... a camaraderie that doesn’t need words to express or even acknowledge.”

As regards plans, they intend to spend the day with their two boys, aged eight and 11.

“Wake up, send the kids off to school, go to work. Return home, have supper, work a bit more and then off to bed. Or maybe I’ll be surprised and be whisked off to Paris for lunch,” a hopeful Neil says.

But according to Roderick, it’s more likely they will be spending a weekend in Gozo with the children rather than a romantic getaway in the French capital. Better luck next time! 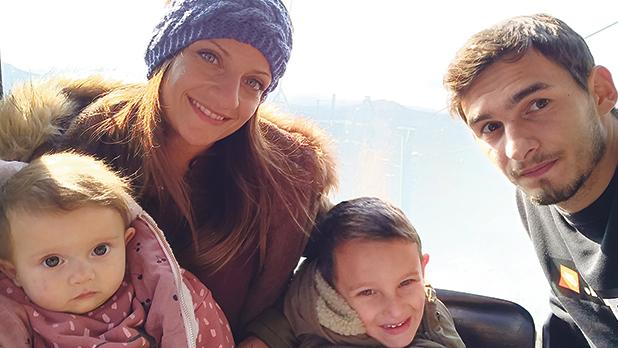 The Ħamrun Spartans captain and the beach volley player, who represented Malta at the Games of the Small States of Europe in 2017, have been married for five years and been together for around 10. They have two children, a four-year-old boy and a girl, who is just nine months old.

For Dorianne, Valentine’s Day is an ordinary occasion to be spent with the family, especially since the couple do not like to have their children babysitted by someone else.

“Honestly for me it is an ordinary day… especially with the kids. If they both are asleep, and we are still standing, then that would be Valentine time,” she says.

She adds that she has never been a fan of Valentine’s, not even when she was still dating Triston.

“I firmly believe in being happy each day and finding quality time together. With the rush of today’s world, it’s easy to forget where you have started from, especially while juggling work and children, but me and my husband are the pillars of the family and having a strong united pillar is paramount for a steady relationship and good family values.”

Triston also says he considers Valentine’s to be an ordinary day, however, he tries to make an extra effort to find some quality time for Dorianne.

“I always try to spend more time with my wife and give her some flowers and a gift,” he says.

Both mention their wedding and the birth of their children as their most cherished memories.

They have no particular plans for today and intend to spend it together as a family, like any other day.

“We are blessed with health and love, and that is an everyday Valentine for us,” Dorianne notes with an air of satisfaction. 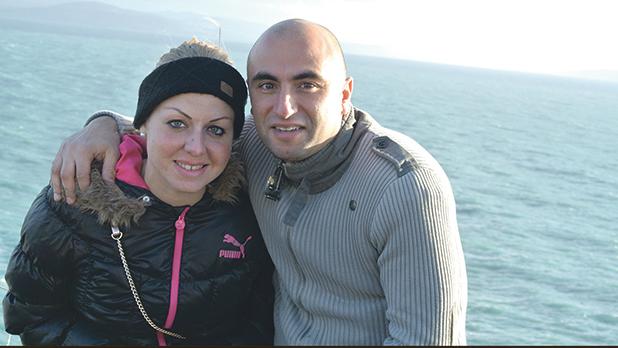 The married couple have been together for around 18 years and even though they are not exactly fans of Valentine’s Day, they do try to spend more time together on February 14.

“If we are not busy yes… definitely,” Chrysander, who forms part of the comic duo Danusan along with Daniel Chircop, says.

The couple used to celebrate Valentine’s more together with friends and Chrysander recalls a particular time when they played a murder mystery game.

“That was awesome,” he yells.

“However, things and times change and so do certain traditions. We now prefer ordinary days... restaurants are free of the hustle and bustle, flights are cheaper and there is no pressure whatsoever.

“And the best thing is that we can be as spontaneous as we want to.”

Asked about plans for this year, Chrysander ponders a bit and then says: “Maybe a movie would be nice... we will decide together at 5pm.” 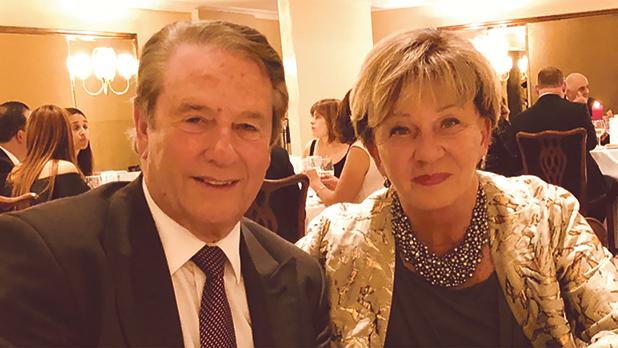 Helga believes all the fuss behind Valentine’s Day is simply for commercial purposes, however, they both enjoy it.

“In my opinion, it was created to boost up people buying presents and flowers, but it is a very nice occasion and we have always celebrated it,” she says.

For a number of years, Valentine’s clashed with the Toy Fair in Nuremberg, Germany, which Helga always used to attend. Considered one of the island’s foremost business leaders, Helga was the CEO of Playmobil until she retired from that position in 2012.

“However, every time I was away in Germany, a big bunch of flowers would arrive. My husband would never forget Valentine’s Day, no matter where I was,” she points out.

Apart from the flowers, the two do not normally buy gifts but treat themselves to a lavish meal.

“For the last few years, we have celebrated it together with a group of friends and we girls always feel very special on this day,” she remarks.

As regards plans for today, there are none as, once again, Helga will be away.