Pictures have emerged showing Libyan security forces and a civilian carrying the bodies of three baby migrants who died after an inflatable dinghy boat capsized off the coast of Libya.

The corpses were brought ashore in al-Hmidiya, east of the capital Tripoli. The bodies of three babies were recovered and around 100 people were missing after a migrant boat sank off the coast of Libya, survivors and the coastguard said.

A spokesman said the coast guard rescued 14 migrants but he could not provide definitive numbers for the migrants who were on board or their nationalities.

A Spanish NGO believes that it had tried to respond to a distress call from the 100 migrants on Friday morning that were reported to have drowned.

The Open Arms vessel, the Astral, said that it had been told by the Italian officials at the Rescue Coordination Centre in Rome that the distress call was being handled by the Libyan coast guard – but feels it is too much of a coincidence for a dinghy with the same number of people to have been lost in the same area.

Malta is also clamping down against NGO rescue vessels.

The latest shipwreck came after European Union leaders reached a deal aimed at sharing the responsibility for hosting migrants more fairly across the bloc. 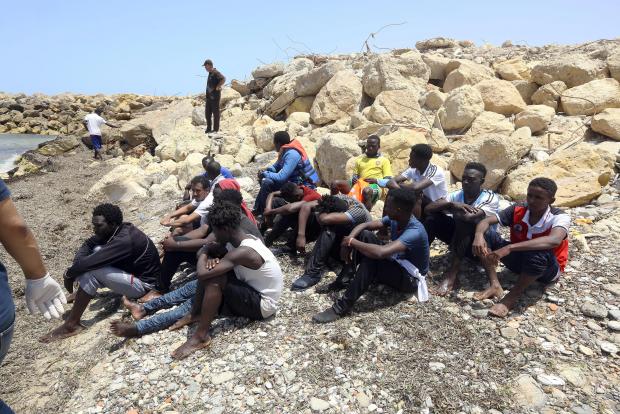