Oscar-winning actor Joaquin Phoenix and British actress Vanessa Kirby arrived in Malta for the filming which will run until mid-May.

Golden Bay is one of the locations chosen for the Apple Studios production.

The ship is expected to feature in the film documenting the rise and fall of the legendary French general who lived between 1769 and 1821. According to Vogue, the film is also about the French general's love story with Joséphine, who became his wife.

Scott himself told Deadline last year of his fascination with Napoleon: "He came out of nowhere to rule everything – but all the while he was waging a romantic war with his adulterous wife Josephine.

"He conquered the world to try to win her love, and when he couldn’t, he conquered it to destroy her, and destroyed himself in the process," he told Deadline.

Unlike other films about Napoleon, the film will reportedly feature six major battle sequences, with Fort Ricasoli being transformed into Toulon, the site of Napoleon's first victory in 1793.

Other locations that will set the scene for the film include Attard, Senglea, Valletta, Mellieħa, Siġġiewi, Mdina and the Malta Film Studios. Tentatively titled Kitbag, the film is expected to be released in 2023. 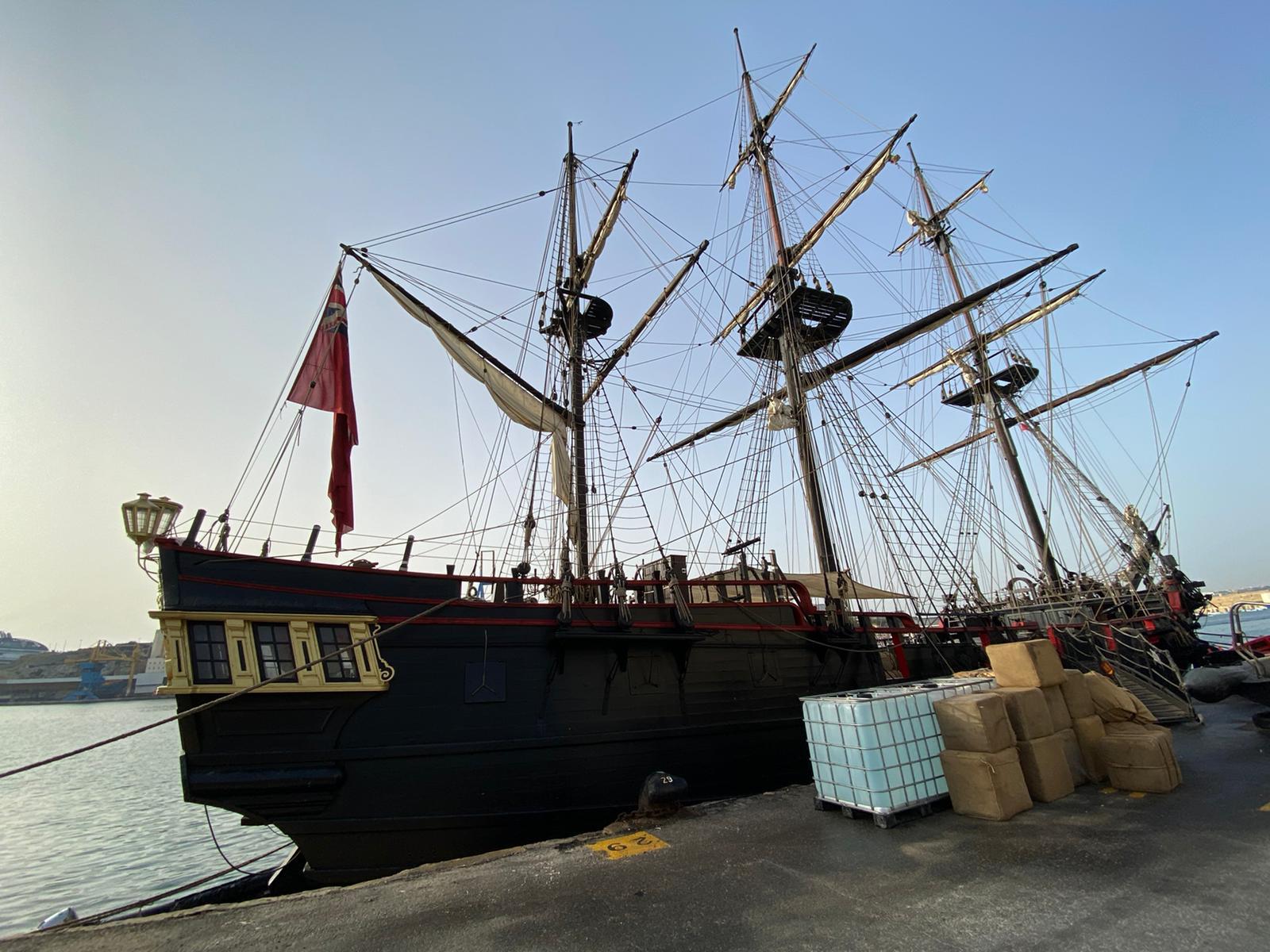 The frigate on set at Golden Bay. Photo: Times of Malta

The three-masted sixth-rate frigate was built to represent a generic warship, with her design mainly inspired by the 1741 HMS Blandford.

Formerly called Grand Turk, she was built in Turkey in the 1990s for a TV series adapted from novels by CS Forester about Royal Navy officer Horatio Hornblower.