Shusha is the cultural capital of the Karabagh region in Azerbaijan. It is an enormous region, bigger than Luxembourg and for over 30 years, it was occupied by Armenia. Azerbaijan only regained the area in a brief war (it is said with the help of Turkey but I cannot confirm this) two years ago.

The Azeris found their mountainous capital city in complete ruins. Most buildings were destroyed, while some only have the facade left. However, Azerbaijan is determined to rebuild its cultural city.

The city is renowned for having the best Azeri musicians, actors, poets and painters. Although always contested between Armenia and Azerbaijan, the city grew to become the cultural capital of Azerbaijan in spite of its distance from Baku [some six hours by car though now there is a new airport, yet to see flights, just two hours away] and the difficult mountainous terrain. Shusha is at 1,600 metres above sea level.

When the Azeris regained it, the once proud city of 20,000 inhabitants did not have one fully standing building. The city had beautiful architecture built by the Azeris since the mid-18th century, but most of it does not exist anymore. 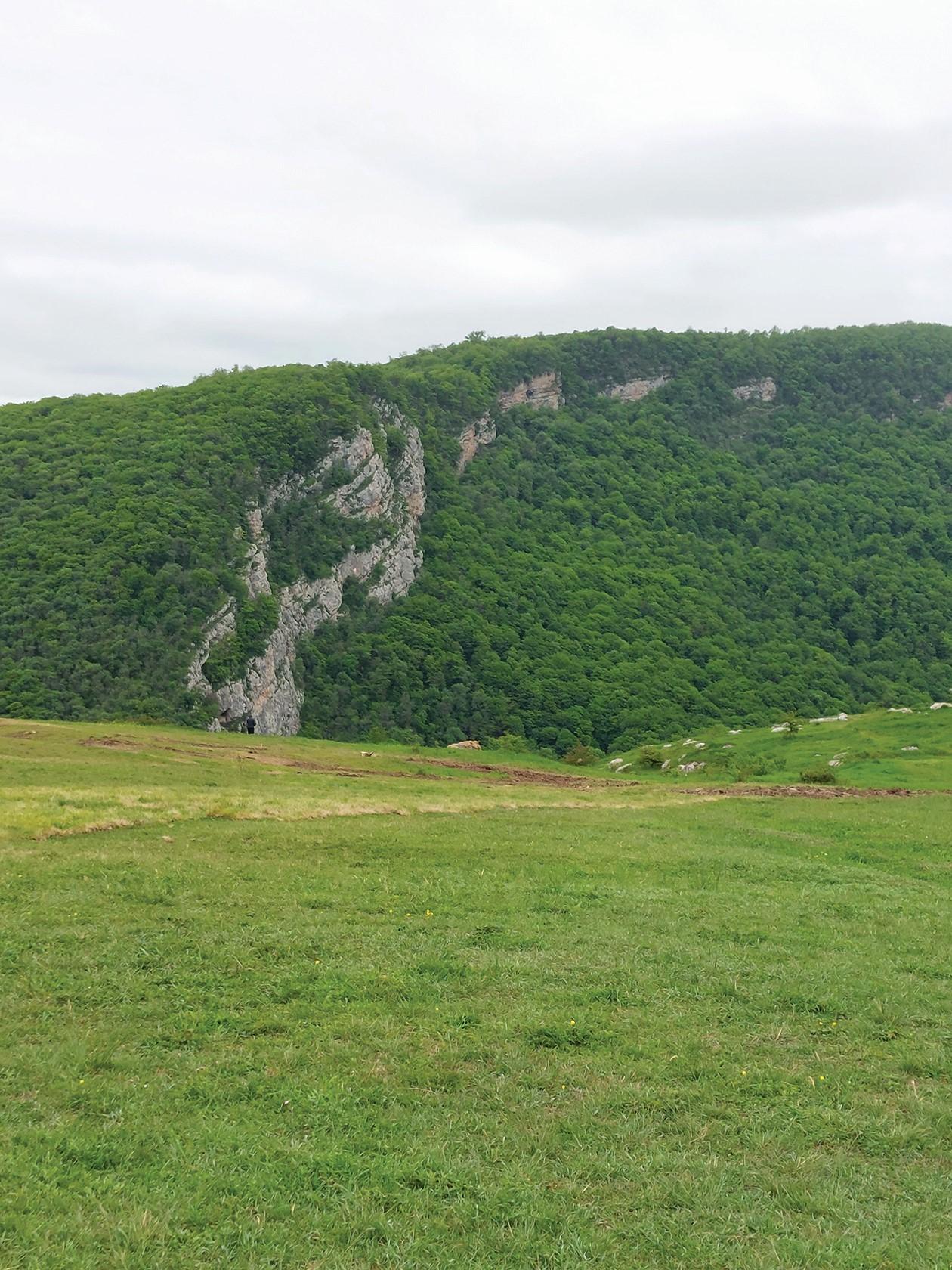 The mountainous landscape of the area.

The city also had large apartment buildings from the Soviet period which were of no value: the Armenians did not destroy these but they will be removed. As the Armenian residents fled, they burnt down even their own houses.

In two years, the Azeris have built a new highway to connect with their road system, a new airport, a small but very comfortable hotel and are restoring the remaining landmarks. In particular, they restored the castle walls and the main administrative building of the central square − the other buildings in the square had been destroyed completely.

Unlike what happened before, when mosques were practically destroyed, the Azeris are restoring both mosques and churches.

Two thousand Azeris recently returned to live among the thousands of destroyed houses, protected by a small contingent of Russian soldiers who are there to ensure peace between the two nations.

Azerbaijan is hoping to bring back as many of the original population as possible even though it is aware this will be difficult. The people of Shusha are very much attached to their land but find it hard to return when all the cemeteries of their families were razed to the ground by the Armenians.

I had the honour to visit the region recently for an international conference about post-conflict humanitarian aid and on how to ensure sustainable development through the revitalisation of the cultural environment.

I was invited for my role as the chairperson of the Malta National Commission for UNESCO.  I had already collaborated with Azerbaijan more than 20 years ago, when I had been sent to evaluate the old city of Baku for the world heritage status of UNESCO.

During my presentation, I spoke about heritage in conflict areas (about which I have a long experience as I have been sent by UNESCO and other organisations to report on conflict or post-conflict zones in many countries). Around 100 international and local experts attended the meeting held in a large tent − as no building could house such a meeting – against the background of the ruins of the most important cultural school of the city. 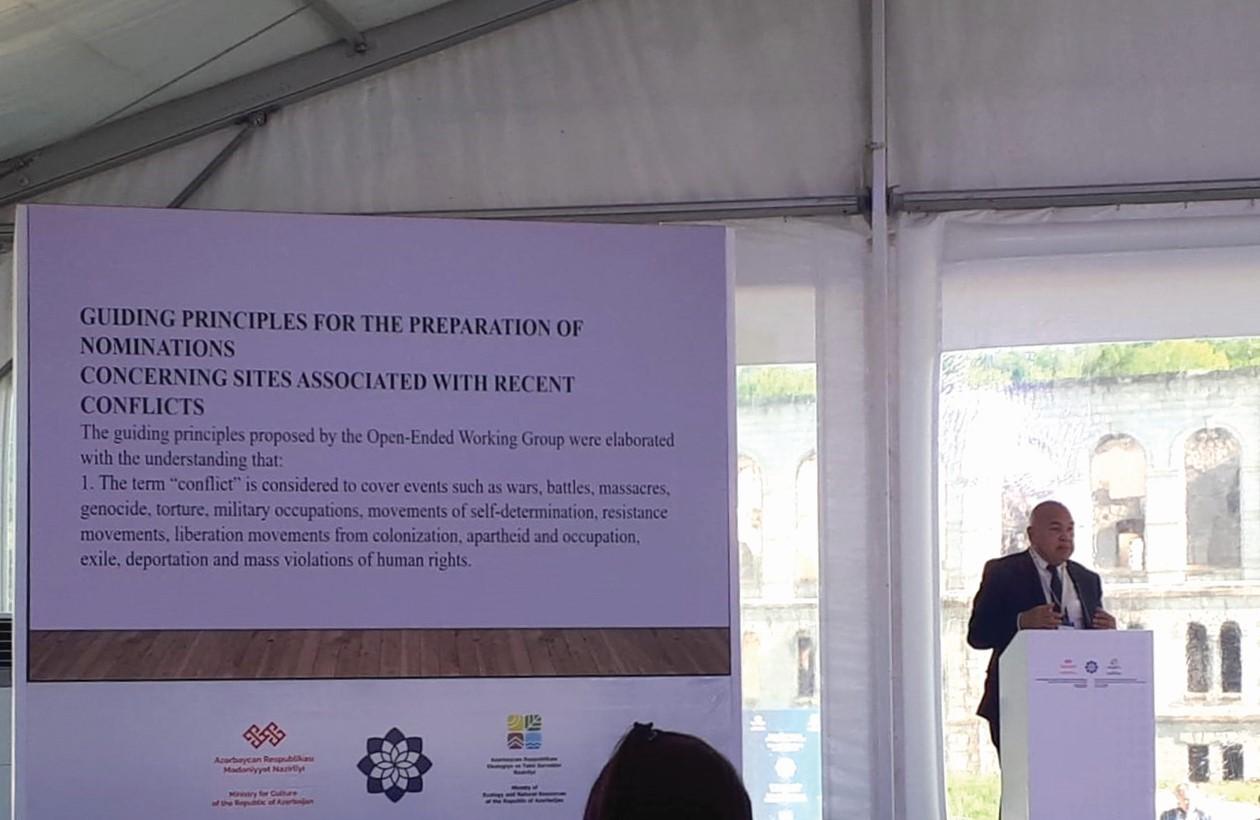 The future of Shusha is uncertain. The rebuilding of the destroyed heritage and residential buildings will take years but the Azeris are determined to revive the city.

The mountainous landscape of the city is outstanding. Its very high position ensures that it is quite cold (rainy and windy) but still of enormous beauty. Will it attract tourists again? It is hard to say, yet the Azeris firmly believe so.

Today, one can only visit with special permission, but the city is looking forward to a time when tourists can return. In the meantime, Azeris are already organising cultural festivals as they want to re-establish Shusha as the cultural capital of Azerbaijan. It is certainly worth a visit.