Failed stand-up comedian James Mullinger comes to a crossroads in his life. No one wants to see him perform, his wife is fed up and his daytime boss has given him an ultimatum – take a promotion and never do stand up again or stick to the comedy and lose his job.

Director Mark Murphy talks about the making of the film, explaining that The Comedian’s Guide is a fast-paced, slick story, very much a traditional fictional feature told as a first-person narrative, following protagonist James’s story.

Murphy says it is similar in style to TV smash hit House of Cards, where Kevin Spacey regularly pauses from the action, breaking the fourth wall and talking directly to the camera/audience.

Another of the film’s selling points is its strong cast of well-known comics and comedic actors. “Additionally,” says Murphy, “we have direct access to the bulk of the names through previous engagements and access to a wealth of well-known Canadian comics. The fictional character of James Mullinger is loosely based on the real comedian James Mullinger, while the comedians in the film are by and large play-ing themselves, exaggerated in few cases.

“The sections with the comedians being interviewed will be partly improvised and partly scripted, thus capitalising on the talent involved and maximising the humour on offer.”

The style of humour depicted in Comedian’s Guide to Survival is typically British in its deadpan delivery, but the audience it is aimed at is distinctly North American.

“Beyond the humour, there’s a deeper, more emotional message that audiences globally can connect to, which is never to lose sight of your dreams. Comedian’s Guide is a real underdog story with a fantastic feel-good ending,” adds Murphy.

The second film being screened under the Side Street Films banner during November is as far removed from comedy as can be. Based on true events that unfolded as Argentina moved from military dictatorship to fledgling democracy, the film charts the exploits of family, known as ‘The Clan’ whose criminal exploits dominated the Argentinian headlines in the early 1980s. 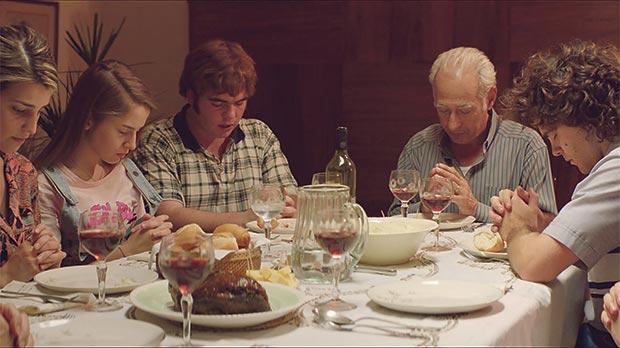 The Clan is set in the traditional neighbourhood of San Isidoro, where the ostensibly well-to-do and respected Puccio family makes its living off kidnapping and murder, keeping their victims chained to a bed in deplorable conditions within the basement of their otherwise normal family home.

Arquimedes Puccio (Guillermo Francella) the patriarch, heads and plans the operations. Alejandro (Peter Lanzani), his eldest son, is a star rugby player playing for the prestigious local club and the Argentine mythical national team. The son is inexorably drawn into his father’s scheme, and identifies possible candidates for kidnapping.

To a greater or lesser extent, the other members of the family are accomplices in this dreadful venture as they live comfortably off the large ransoms paid by the families of their victims.

Directed by Pablo Trapero, The Clan is a film full of suspense and intrigue. It arrives in Malta on a wave of critical acclaim.

The New York Times critic Anthony Oliver Scott says that “Trapero’s wrenching, exciting new film could be described as an examination of the banality of evil. It’s the story, closely based on actual events, of an ostentatiously normal family involved in crimes enabled by a climate of political violence and repression”.

Wendy Ide in the UK Observer says that The Clan “is told using the slick language of a Hollywood crime movie. Trapero negotiates with verve the uneasy juxtaposition between quotidian family life and something rather darker and more sinister.”

The Comedian’s Guide to Survival and The Clan are currently being screened at Eden Cinemas under the Side Street Films banner until November 29.