Crash! The sound of breaking crockery resounded around the small courtyard. Crash! The noise was alarming and totally unexpected. Angela jump­ed up from her desk and ran to the door.

There was no one around – both the cooks had gone home some time before – and yet the echo of the shattering noise still echoed eerily in her mind.

She ran downstairs from her first floor office, trying to listen through the door of the locked-up kitchen but there was total silence.

“A cat,” she thought to herself. “I bet a cat has managed to get in there.”

It was 1981. The kitchen had only just been finished. It had been excavated out of the rubble at the bottom of the historic Fort St Manoel, rubble that had once formed part of the splendid bastions. Angela waited for a few seconds but the noise had stopped. Shivering slightly, she went back upstairs to her office, built over the kitchen in a more modern part of the complex.

‘Modern’ is relative, of course. The original fort dates back to the 18th century but other parts had been added on by the British.

As soon as she went back upstairs and sat down at her desk again, the noise rang out again, echoing through the silence – crashing, splintering, smashing.

“That cat must be going mad,” she fretted, thinking of the mess the next morning. Still, there was nothing she could do, no key and no one she could contact.

The next morning, she went straight to see the head cook, Wenzu. He was whistling when she went in, obviously unperturbed.

There was absolutely nothing out of place. Not a single thing was broken.

Angela explained what had happened and Wenzu looked suspiciously around the kitchen but the other cook, Fredu, was not as sceptical.

“Don’t tell me any more because I warn you, I won’t stay here on my own,” he muttered. “There is something very strange going on here. I keep hearing all sorts of noises…”

But what could it have been?

A little while later a visiting Englishman, who had been based at the barracks there during the war, told her that the fort was linked to a neighbouring hospital through a maze of underground tunnels. Legend has it that in the time of the Knights, a scullery boy had built up quite a reputation for being clumsy, dropping crockery and breaking plates far too often, as far as the kitchen staff was concerned.

Once, after he had been even clumsier than normal, a nun picked up her broom to whack him, but he darted around her skirts and ran into the tunnels to escape her wrath. He never came out again.

Surely it couldn’t be him, his desperate spirit endlessly replaying the disaster which drove him to his terrifying, lost wanderings, trying to find his way out…

Still, Angela was not one to let her imagination run away with her. She was often in her office working late, and after that first time, she never heard the breaking crockery again.

She often heard footsteps on the wooden planks

But the place did have an atmosphere…

Late one afternoon, not long after, she went into the little bathroom at the end of her office, in the oldest part of the building. As she stood at the basin drying her hands, she felt someone looking at her and spun around. There, just a few feet from her, a man was peering at her through the little window.

“His eyes were so dark, so piercing,” she remembers. 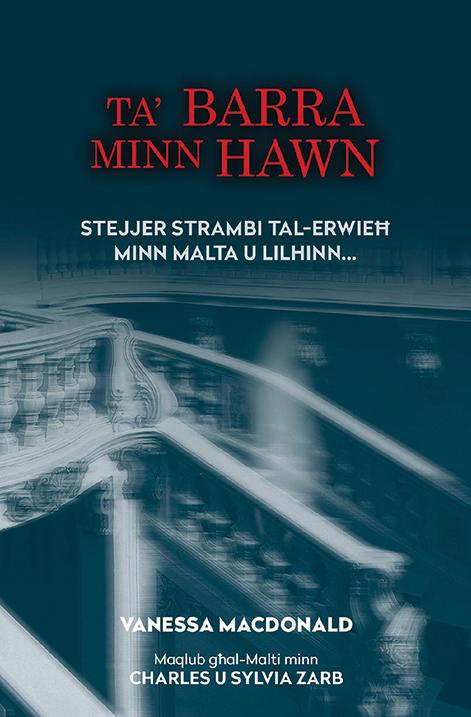 “He was dressed in black, at least the part of him that I could see, which was just from the chest up. But he had longish hair, shoulder length, and a little pointed beard. His face was terribly sallow. Really pale,” she said, without a trace of fear.

As she looked at him, the face just faded away. She ran to the window but there was no one around and no way anyone could have climbed up to the window in any case. Angela didn’t tell anyone, preferring not to let other people achieve through their fears what her imagination had not.

Weeks passed and the office was getting ready for its Christmas festivities. A young woman came up to her office and asked whether her father could come and have a chat. Apparently, he had been based at the fort for some time and wanted to reminisce. The man was now quite frail but he lowered his voice conspiratorially.

“So, has anyone seen the Black Knight again?”

Angela jumped. He continued, pointing at the picture behind her of the fort being bombed during the war.

“You see that? The bomb hit the chapel and the commandant sent some workers in to fix the roof. But after a few days, they sent a representative down to complain that they would not do any more work until a man, who kept turning up on the site, stopped annoying them.

“The commandant was a man of the world, not one given to superstition, but he soon realised that the man in black they were complaining about was no real person. He said nothing to the workers, though, realising that they were blissfully ignorant of the visitor’s nature…

“The commandant waited until they had left and then went out to the chapel. He climbed down into the beautiful carved crypt below the chapel only to find that the tombs had been desecrated. Vandals had pulled the covers off the graves and bones were scattered all over the floor. He spent hours putting everything back as it should be and he said that after that, the man did not appear to the workers again.”

Angela shuddered, thinking about the man’s face at the bathroom window. She waited till the next morning and climbed down the steps to the crypt. Her hunch was right. The graves had been disturbed.

Fortunately, there were no bones left to replace, as she doubted whether she would have had the courage to pick them up, but she organised a team of workers to straighten the slabs of intricately carved marble. Brushing the dust off their hands, they left the crypt.

The man did not reappear but she was sure that he was placated, not gone for good.

She often heard footsteps on the wooden planks that ran behind one of the rooms. Once, after she had locked up the office, turning off all the lights, one of the staff looked at her strangely as she came down the stairs buttoning up her coat.

“Are you leaving that man alone up there?” he asked.

“What man? I’ve been on my own all afternoon,” she replied.

“Just now, as you were coming down the stairs, a man was still walking around upstairs. I saw him through the window,” he insisted.

They both warily went up the stairs, unlocked the door and turned on the lights. Needless to say, the office was completely empty and quiet.

Angela says that neither the breaking crockery, nor the Black Knight ever frightened her in the 15 years she worked there after that.

But he was far from gone. A cook who worked there some years later regularly saw the Black Knight sitting quietly in a chair in a corner of the restaurant, after everyone else had gone home. He said he was never afraid of his visitor and considered him to be a pleasant companion with whom he would share an amiable silence after the hectic evening’s work.

He was quite open about his sightings and, at the behest of one of the patrons, did a quick sketch of the man, which he had framed and put up behind the bar. It was only after many months that he decided to find out who the man was.

He scouted around Valletta, looking at portrait after portrait of the various knights until he came across one and stopped. He held up his crude sketch: it was exactly the same man. He peered at the name on the elaborate frame: Manoel de Vilhena, the grandmaster who had built the fort.

This is the 34th in a series of short stories The Sunday Times of Malta is running every Sunday. It is taken from The Unexplained Plus (Allied Publications) by Vanessa Macdonald. The first edition was published in 2001 and reprinted twice. It was republished, with added stories, as The Unexplained Plus. The Maltese version of the book, Ta’ Barra Minn Hawn (Klabb Kotba Maltin), is available from all leading bookstores and stationers and from www.bdlbooks.com.