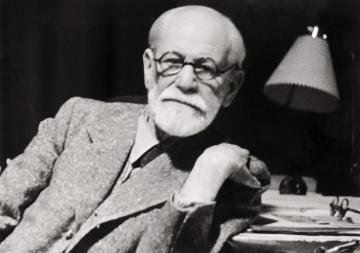 Sigmund Freud fled to the UK to escape Nazi persecution.

Austrian neurologist Sigmund Freud has been voted the refugee who has made the most significant contribution to British life.

The founder of psychoanalysis, who created an entirely new approach to the understanding of the human personality, came top of the national poll with 50 per cent of votes.

Freud fled to the UK to escape Nazi persecution. He is regarded as one of the most influential – and controversial – minds of the 20th century.

He was followed by German physicist Max Born, who gained 21 per cent of votes. Born was awarded a Nobel Prize for his contribution to the development of quantum mechanics.

One in 10 respondents (10 per cent) cited the French refugee and writer of Les Misérables, Victor Hugo, who settled in the UK after fleeing persecution from Napoleon, as their first choice from a list of prominent refugees who have made a contribution to science and technology, the arts, culture and sport over the years.

The Britain Thinks’ poll coincides with the launch of Refugee Week 2013, a nationwide festival of events to celebrate the positive contribution that refugees have made to British society over the centuries under the theme Our History and Heritage.

More than 2,000 people who took part in the survey also thought that radar, developed in part by the Austrian scientist and refugee Hermann Bondi, was one of the 20th-century inventions that had made the greatest contribution to British life.

The nation’s long-standing affection for fish and chips as a popular national dish, first introduced to the UK by French Protestant refugees and Jewish settlers from Portugal, received 17 per cent of the vote followed closely by the high-street department store M&S, co-founded by Russian refugee Michael Marks (11 per cent).

An overwhelming majority (94 per cent) believed that the full history of Britain, including the role the country has played in protecting refugees, should be taught in schools.

Chairman of Refugee Week Maurice Wren said: “From as early as the arrival of the Armenians who settled in this country during the 12th century, the UK has enjoyed a proud tradition of welcome for those seeking sanctuary.

“The results of the survey show the valuable contribution that refugees have made to British history and heritage.

“It is interesting to see that the great British public consistently rank science and technology inventions more highly than the equally positive contributions to British cultural and sporting life made more recently by refugees.'

Contemporary refugee figures such as Fabrice Muamba, the former Bolton footballer who fled the Democratic Republic of Congo as a child, and Rita Ora, the Kosovan singer-songwriter managed by rapper Jay-Z who moved to the UK with her family during the 1990s Balkan conflict, also featured in the survey, polling six and four per cent respectively.

Wren added: “Throughout the centuries, refugees have brought a wealth of talent, skills and knowledge with them to help make the UK the rich, diverse, and vibrant nation it is today.”

Now in its 15th year, Refugee Week, which runs from June 17-23, has launched an online interactive timeline which charts refugee movements to the UK throughout the centuries.