Speaking with Times of Malta, Mr Valletta confirmed that he had travelled to watch the Real Madrid take on Liverpool in the May 2018 final, but said that he had paid for his own flights.

He did not pay for the tickets to the match, which Real Madrid won 3-1.

On Sunday, Times of Malta revealed that Mr Valletta had gone on holiday with Mr Fenech during the course of the Daphne Caruana Galizia murder investigation, in September 2018.

Dr Azzopardi, who as a lawyer also represents the Caruana Galizia family, asked on Facebook whether Mr Valletta had in May 2018 travelled to Kiev for the Champions League Final.

“I ask: how did he travel to Kiev? Did he make use of any private jet courtesy of Yorgen Fenech? What communication was there between him and Fenech prior to that day? Who else travelled with him for this game?,” he wrote.

Dr Azzopardi said that by that date, it was well known to the police CID, headed by Mr Valletta, that Mr Fenech was a person of interest in a murder investigation.

Mr Valletta denied that he had ever used a private jet.

'I worked so hard for the investigation'

Mr Valletta however insists that at this point he had only known that there was an issue between middleman Melvin Theuma and Mr Fenech – not that Mr Fenech was a murder suspect.

“I worked so hard for this case, do you think I would willingly jeopardise all that work?” he said on Tuesday.

Asked if he regretted travelling with Mr Fenech, Mr Valletta said that in hindsight he wished he had not done so, but at the time he did not feel he was doing anything wrong.

They also asked him about another Times of Malta report on a video of Mr Valletta that was discovered in Mr Fenech’s phone and flagged to the Maltese police for investigation.

Sources told Times of Malta that the video, ostensibly shot by Mr Fenech, showed Mr Valletta joking around, pretending to be the owner of the businessman’s luxury Rolls Royce. 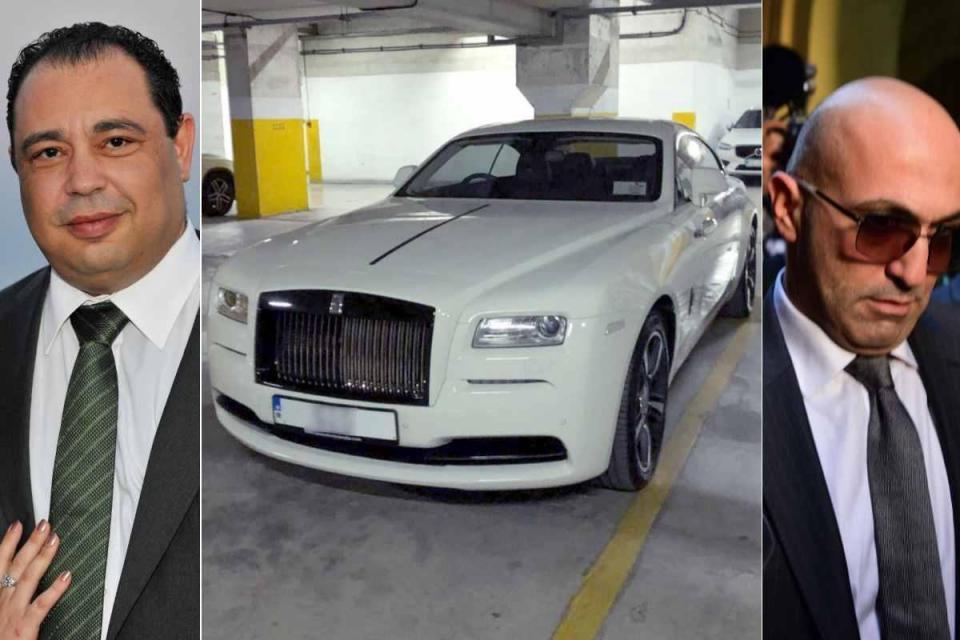 Video found by investigators shows Mr Valletta (left) fooling around behind the wheel of a Rolls Royce owned by Mr Fenech (right).

The video was downloaded from Mr Fenech’s phone by experts from Europol who are assisting local investigators in the Daphne Caruana Galizia murder investigation.

In a statement on Tuesday, the police confirmed that it launched an investigation as soon as the Sunday Times report was published. It confirmed that Mr Valletta had been questioned at police headquarters.

PM Abela says he will not get involved

Prime Minister Robert Abela said that he would not be getting involved in the investigation into Mr Valletta’s relationship with Mr Fenech.

“I do not get involved in the acting commissioner’s work. He has absolute freedom to carry out his duties,” Dr Abela said outside his offices at Castille on Tuesday.

Home Affairs Minister Byron Camilleri also said he would be steering clear for the same reason. His predecessor at the ministry, Michael Farrugia, said he had “absolutely not” discussed the two men’s relationship when he was still Home Affairs Minister.

The investigation into the Caruana Galizia murder was still ongoing, he noted.