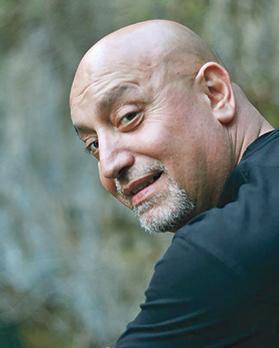 Singer Willie Mangion will continue to serve as a government consultant on local rock bands after doing his part in finding rehearsal space for them.

After being given a consultancy contract with Justice Minister Owen Bonnici in early 2014 and tasked with helping the government identify the right place to be developed into a rehearsal and performance venue for local rock bands, Mr Mangion will now stay on as adviser on the project.

This was confirmed in Parliament by Justice Minister Owen Bonnici following a parliamentary question from PN MP Jason Azzopardi.

According to Mr Mangion’s new contract, obtained by the Times of Malta following a Freedom of Information request, the former Eurovision singer is now expected to provide logistical and operational support for events organised by the Arts Council, especially during festivals.

Mr Mangion’s contract also specifies that he is required to provide “the necessary support” at Pjazza Teatru Rjal for presentations and events held by third parties and to provide consultancy “for the preparation and planning for the establishment of the organisation and running of the identified band rehearsal space within the Cultural Village”.

Earlier this year, Dr Bonnici announced that a building in Luqa is to be converted into a Rock Hub, providing rehearsal and performance space for lovers of rock music.

According to Dr Bonnici, the €2 million project is to be completed by the end of 2019.

In his latest contract, which has been renewed since 2014 on an annual basis, Mr Mangion,59, is entitled to remuneration of €19,582 excluding VAT for his services and an extra allowance of €650 for the use of a mobile phone.

He is not obliged to work a minimum number of hours or attend at an office to perform his duties, as he acts on the direct instructions of Annabelle Stivala Attard, director of festivals and events at the Arts Council.

“Hours and days to be worked are to be flexible,” the contract states.