The six cases detected are the lowest daily tally since July 27, 2020 – more than nine months ago. As of Saturday, Malta had 247 active virus cases. 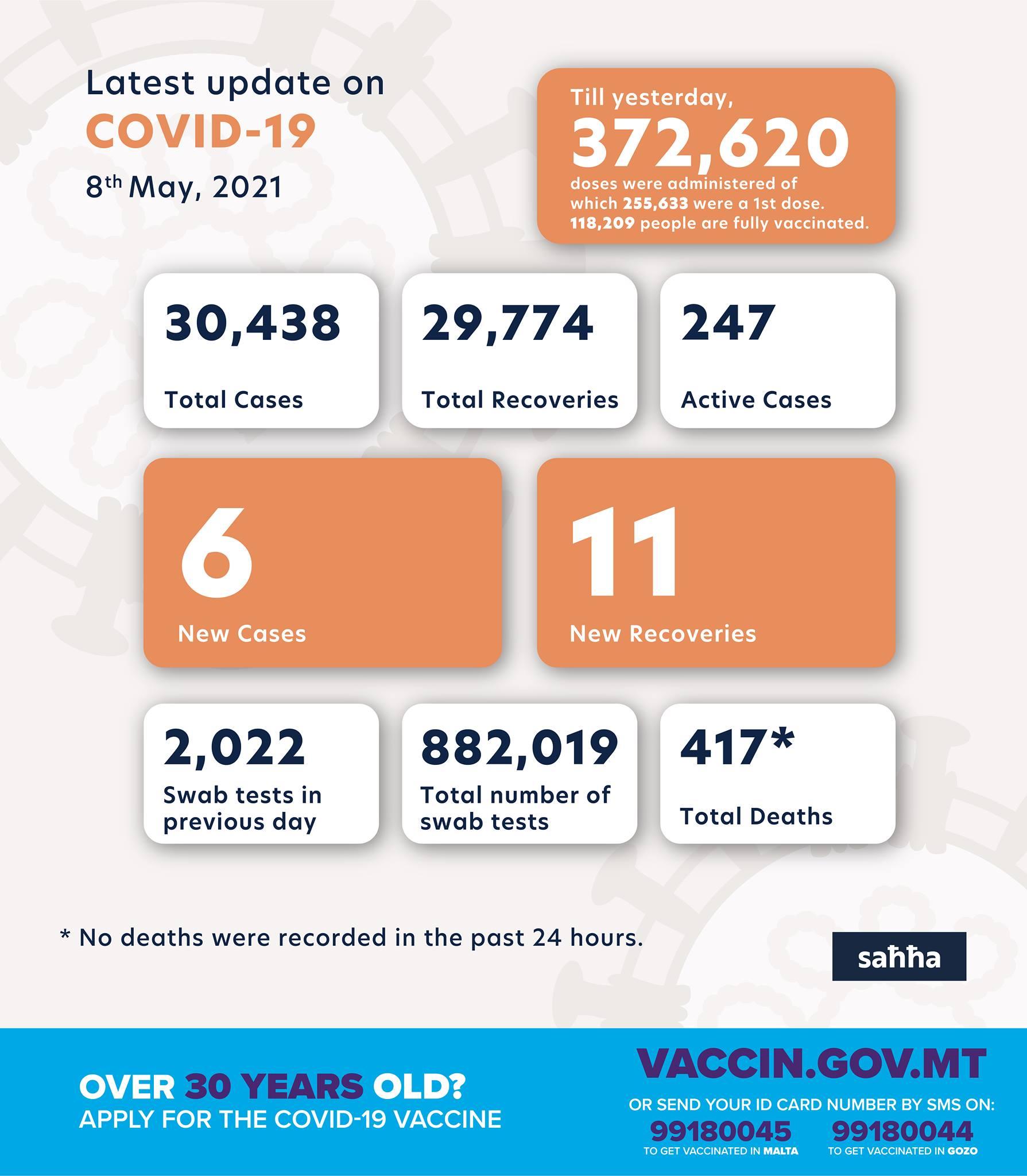 One in four fully vaccinated

More than 118,000 people are now fully vaccinated, with a further 255,6233 first doses also administered. The latter figure includes people who have received the single-shot Johnson&Johnson vaccine.

The figures mean just over one in every four people aged over 16 - 26.7 per cent - are now fully vaccinated.

Public health chief Charmaine Gauci said on Friday that authorities are basing their calculations on the percentage of people who have received one vaccine dose, rather than the recommended two, as one dose is enough to provoke a strong immune response.

Despite case numbers at months-long lows, and vaccination rates among the world's best, Malta's tourism sector received a blow on Friday night after the UK decided to exclude the country from its list of safe travel destinations.

The decision, which was criticised by Malta's hotel and restaurant lobby, means English residents will have to quarantine upon returning home if they choose to fly to Malta.

The UK list will be revised every three weeks, meaning Malta could yet qualify as a safe destination by the end of the month.

Correction May 8: A previous version misstated the number of people vaccinated with one dose.