Living in London over the last four years I‘ve learnt quite a lot. I’ve learnt the best place to go for cheap curry on a Tuesday afternoon (just behind Warren Street Station), some awesome underground hacks (the Piccadilly to Victoria line switch is easiest at Finsbury park) and how to use the word ‘stab-y’ as an adjective. E.g. The street where I live is very stab-y. That is why I can afford the rent.

I feel like I’ve finally become a Londoner. I sneeze out black snot, I am passive aggressive on the tube, and I hardly make eye-contact anymore. Hooray!

But I am still very much Maltese. I miss swimming in summer, I cannot get used to sofas that are not covered in plastic, and whenever I see a sign for an all-you-can eat buffet part of my brain still thinks in terms of defeating it, rather than enjoying it.

And, because I am still so connected to the motherland, I love it when I notice a Malteser in London, it is, more than anything else, a taste of home. Over the years I’ve realised just how easy it is to spot a certain type of Maltese on the streets where I live. And I am going to share my secret with you. Ladies and gentlemen, strap in for six ways to spot a Malteser in London.

6. Panic on the underground

You can spot the Maltesers I am talking about a mile off. The holidaying veterans use the tube as a way of showing off (“U ejja? You don’t know how to get to Russell Square? It is so easy!”) while the newbies look on in awe as they tap in with their oyster card and the gate magically opens. I actually saw a Maltese man film the process last week. 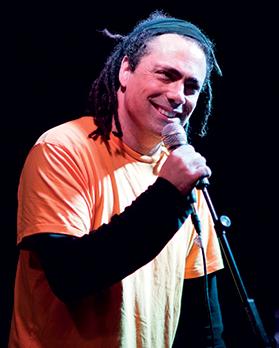 After some mild confusion on the escalator – which side is the right, ħaqq? – they jump onto the tube and dash for the last remaining seats. Pregnant women beware! This, even though they are only going one stop. They then laugh hysterically at the announcement that the train’s final destination is Cockfosters before realising that this means that they are actually going the wrong way. Swearing, blaming each other and banging of hands on heads ensues before they decide to sort this out in the most Maltese way possible. Wait till they’re in a wifi zone and get onto is-Salott.

There are still lots of Adult Shops in and around Soho, even though the numbers have gone down over the years (bloomin’ internet) – and certain Maltese tourists seem quite taken by them. You can see them checking out the lingerie and the toys, gazing in awe at a new world opening up to them (ahem) while giggling to each other.

“Dan rigal tajjeb għal zitek!” – before heading out without buying a thing. “Ma tarax. And if we get stopped at the dwana?”

Malta is fast becoming tech central but there are still some advancements that leave the Maltese visitor to London stumped. It used to be contactless payments, but now it is self-checkout. They’ll be in Tesco buying lunch – “Kemm hu worth it dal meal deal!” – before being ushered to the self-checkout.

Confusion reigns supreme as they try to figure out which part of the machine to swipe the items at, but this confusion is soon replaced by anger when the wrong price flashes up on the screen. The shop assistant tries valiantly to explain that price will go down once all the items in the meal deal have been swiped, but there is only so much the Maltese can take. Tlaqna McDonalds.

The Maltese love a good chain. A lot of the big chains have got a presence on the rock now of course but when in London, you have to avail yourself of the ones that have not hit Maltese shores (yet). You can always spot a Malteser in Starbucks or Pret, just by the look of pure joy that they have when ordering the most complicated thing available, followed by the look of utter bewilderment when they are told just how much it is going to cost. Five pounds? For a coffee?

And of course, whenever it comes to giving our names to the baristas, no true Malteser can resist using a naughty Maltese word, just to hear it being yelled out. Immature? Yes. Hilarious? Definitely.

2. The Pri-mark of the beast

The Chinese have got China Town. The Maltese have got Primark. Things tend to get a little crazy in the Oxford Street store and there is usually a Maltese reason behind it. If ever I need a taste of home, Primark is where I go. Screaming, shouting and tantrums. The joy of underwear shopping. But how can you not go into meltdown when socks are so cheap? I mean that is why you brought that extra suitcase right?

London can be a scary place. And, you have to keep your wits about you. Which is why Maltese tourists are always so darn careful. With bum-bags underneath their jumpers and backpacks on their chests they are going to make life very, very difficult for anyone who dares try to pickpocket them. I once knew a Maltese man who kept an empty decoy wallet in his pocket so that would-be-thieves would go for that instead of his cash. His real money stash (hidden in his underpants – I have no idea how he actually paid for stuff) was always safe. But he did spend a fortune on fake wallets.

When the holiday is over, the Malteser just wants to get home. Which is why airports are an especially fun place to Maltese-watch. Pushing to the head of the queue and looking horrified that business class passengers are allowed to board before them, Maltese at the airport can be a sight to behold.

Last time I was flying home, the call went out for “passengers sitting in rows 1-10” and a man approached the desk saying that he was in row 14. The lady at the desk, obviously used to this said: “That is great sir. But we’re not playing bingo.” The man looked her straight in the eye and asked: “There is bingo on the plane?” Befuddled, she looked at him for 30 seconds before letting him through.

This feature first appeared in the Sunday Circle magazine. Browse the magazine for free using the TOM Mag app, available for download in the Apple App Store or Google Play Store.