A man and a woman, both Maltese, tested positive for COVID-19 on Wednesday, becoming the sixth and seventh confirmed coronavirus cases in the country.

Both had been on a holiday in the Italian Dolomites and had been in self-quarantine. They returned to Malta on Sunday.

The man, a 55-year-old-doctor began feeling unwell on Monday. He contacted health authorities on Tuesday and was tested for the virus at newly-set up Luqa testing centre, resulting positive.

The man had immediately entered self-quarantine from the moment he returned to Malta and had even kept a distance from his family members, Superintendent of Public Health Charmaine Gauci said.

He works at Mater Dei Hospital, but there is no risk that he contracted the virus in Malta, Gauci said.

“He was abroad, he was in self-quarantine and the symptoms came out during the incubation period.

“The public has nothing to worry about and should not be concerned about the transmission having occurred at Mater Dei because this is not the case,” she said.

The woman, a relative who had accompanied him on his trip, tested positive late on Wednesday, the Ministry of Health confirmed. She had not returned to work since coming back to Malta, and is now receiving treatment at Mater Dei Hospital.

One of the man’s children, who was also in Italy with him, has not returned to school since returning to Malta and had also self-quarantined. He has shown no signs of being ill.

The rest of the man’s family are also now under mandatory quarantine as a precautionary measure.

Superintendent of Public Health Charmaine Gauci said the family had been tested and was in quarantine. Video: Jonathan Borg

Malta has halted all travel between Malta and Italy in an attempt to contain the spread of coronavirus infections. Italy is under complete lockdown as a result of the virus, with more than 10,000 confirmed infections.

On Wednesday afternoon, the government also announced that flights to Spain, France, Germany and Switzerland would also be banned as from midnight.

The first case of coronavirus was recorded in Malta on Saturday morning when a 12-year-old girl tested positive for the virus. Later in the day, her parents also tested positive. 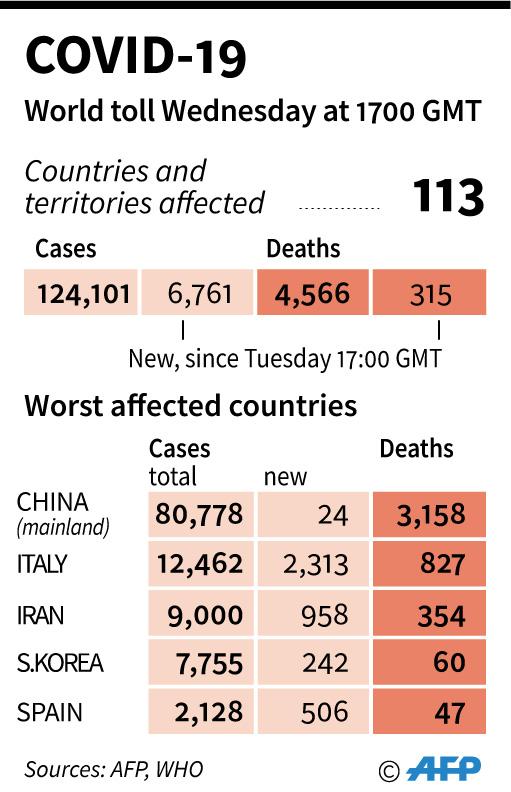 Global figures as of 5pm on Wednesday.

A fourth patient, a 49-year-old man, tested positive late on Monday night. The next day, his 16-year-old daughter also tested positive for COVID-19. The pair had also been on holiday in Italy recently.

Gauci urged people to avoid using a 111 coronavirus helpline frivolously. The helpline has been flooded with thousands of calls since it was set up late last week.

People returning from any affected areas must undergo 14 days of self-quarantine. Speaking on Wednesday, Gauci emphasised the need for members of the public to comply with public health instructions. 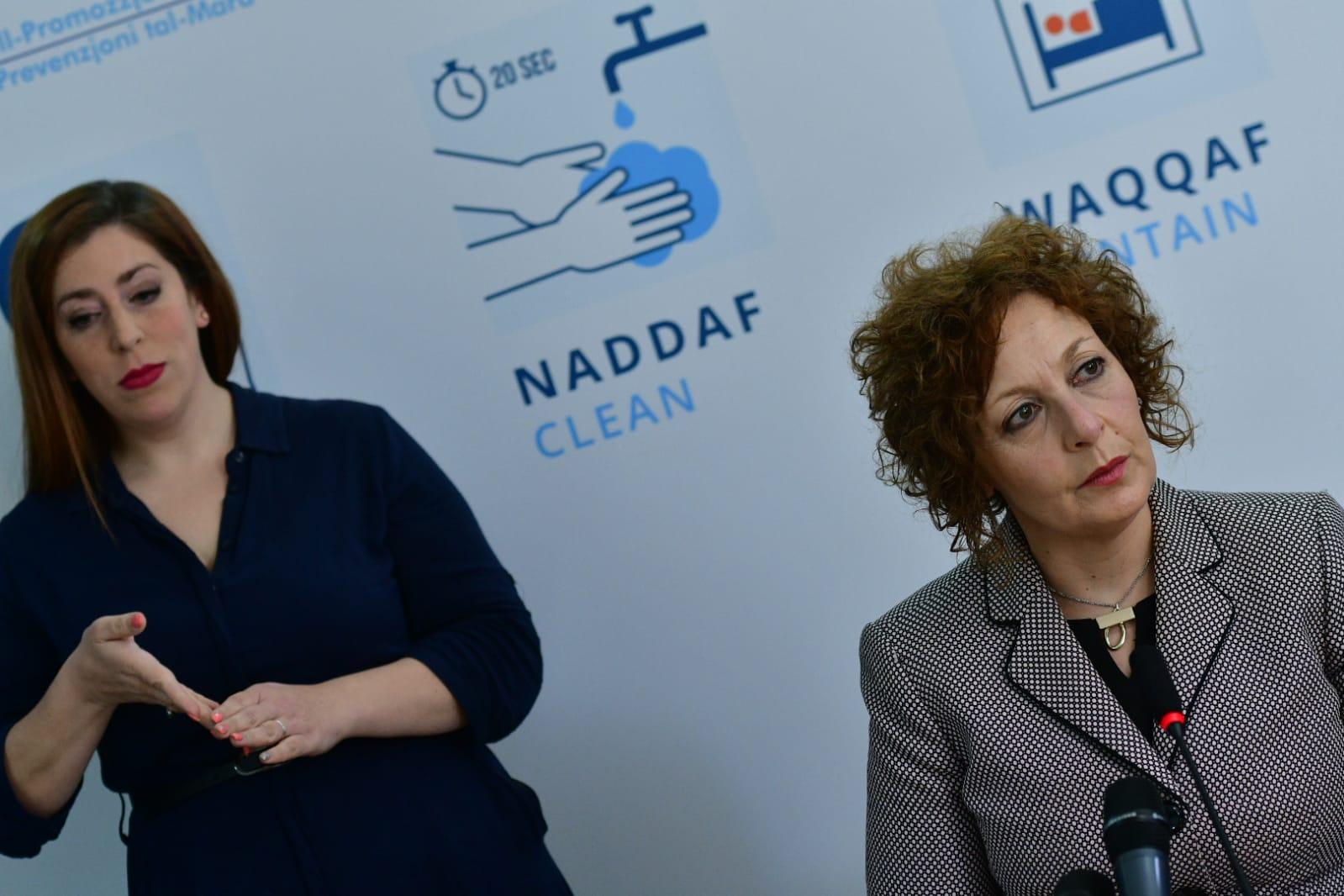