A €300,000 skate and cycle park has been opened in Birżebbuġa through an initiative spearheaded by the President’s Trust Foundation and backed by the Ministry of Tourism and local businesses.

The project was proposed to the Trust in 2016 by Aġenzija Zgħazagħ, which communicated the strong desire of young people to have a skatepark in the village.

The Trust set about working on the idea and through collaboration with various entities and businesses – which either donated funds or provided their services for free – drew up plans for an area that enables youngsters to practice and showcase their cycle riding and skateboarding skills. 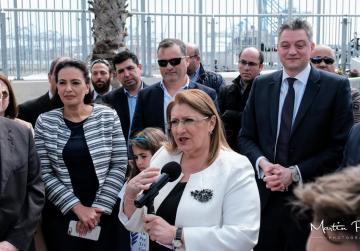 President Marie-Louise Coleiro said: “I am delighted that different stakeholders came together, to work in synergy and to support this project, which means so much to young people in the area. One of the objectives of the President’s Trust Foundation is to give young people a voice and the skatepark is a perfect platform for them to express themselves in a social environment. Moreover, this project is once again, a celebration of effective collaboration.”

President’s Trust Foundation director Sarah Bondin said young people who will benefit from this project had been involved throughout, from designing the skatepark to inviting the local community to listen to them. They will also be responsible for its upkeep through a regulated steering committee.

The park, which has been developed to international standards, will be maintained by the Birżebbuġa Local Council, while Aġenzija Zgħazagħ will provide youth workers to assist with its upkeep 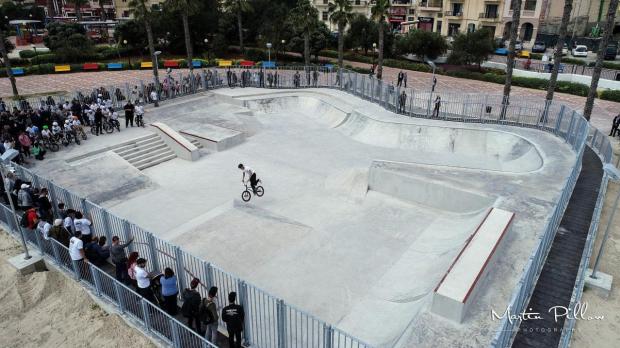