With skyscrapers in the pipeline and an apparent demand for high-rise living, Malta is aiming to reach new heights. Architect and structural engineer Konrad Xuereb explores some vital issues to be studied in this new phase of architectural development.

Having been involved in the designs of high-rise buildings in London and Abu Dhabi over the past years, I believe that tall buildings can be sensitively assimilated into the built environment especially in a finite land mass like Malta.

The shift from low-rise to high-rise development is a significant one and warrants careful planning. Towers need to be built in line with stringent planning policy guidelines that are linked to a coherent master plan.

Skyscrapers are a completely different type of project from any ever carried out locally. The step change from low- to high-rise is so huge that it may be sensible to first embark on medium-rise projects (20-25 storeys) before giving the green light to taller buildings, as medium-rise buildings are relatively easier to absorb within the public realm.

The success of tall buildings normally depends on a number of key characteristics.

Wind tunneling tests are typically required as part of the EIA to demonstrate that the proposed tower will not funnel wind and cause discomfort to pedestrians at street level. 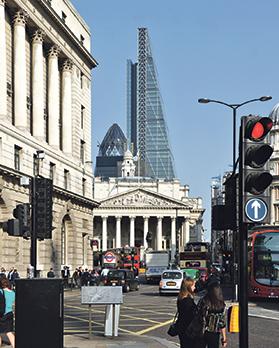 Given there is no precedent in Malta for tall buildings, reference can be made to successful policies adopted in dense cities like London. For instance, the 48-storey Leadenhall building in London is a triangular tower designed to avoid blocking views of St Paul’s Cathedral, as stipulated by the planning authority.

As towers result in considerable impact on their surroundings, the local community needs to be compensated by the developer with a contribution used to fund social housing, education and other projects in the vicinity. For instance, the compensation paid by developers under the UK Town and Country Planning Act for the Shard in London is understood to have amounted to €45 million.

The financial feasibility of skyscrapers is normally a response to population growth, which in turn increases demand for prime real estate. Such sites typically command a steep increase in land value, with the projected income normally justifying the financial investment.

Considerable studies are also necessary during the design phases.

One of the Al Bahr Towers in Abu Dhabi, with its mashrabiya shading device.

For instance, the 29-storey Al Bahr Towers in Abu Dhabi cost €390 million to build. Structural stability is provided by the towers’ central core and high-strength concrete – double what is usually used in Malta – was required.

It is important to be mindful that real estate is typically cyclical. While high-rise buildings tend to be attractive investments in good economic times, they can be hit hard in downturns. Such a fate faced the 62-storey Pinnacle Tower in London, which stalled during construction in 2012 due to lack of funds when the concrete core had reached seven storeys. The project became an eyesore – nicknamed “the Stump” – until construction recommenced last year, with completion due in 2019.

Most buildings are typically designed for a 60-year lifespan. While it is relatively easy to knock down a small building, demolishing a 40-storey tower is considerably more challenging, especially if several units belong to different owners.

Maintenance costs are considerably higher for tall buildings and therefore require higher service charges. There are high running costs for communal spaces and services, and building maintenance units are normally required to allow for the top-down cleaning and maintenance of the facade. The penthouses in the Barbican towers in London for example incur an annual service charge of nearly €20,000 a year. Research in the UK showed that one of the reasons for the early deterioration of post-war high-rise social housing was a failure to provide for the ongoing costs.

Adaptability of the tower to new uses in the future is another important aspect to consider at the outset. On the Al Bahr Towers, detailed co-ordination of the building services integrated in the suspended ceiling, including grilles, lighting, sprinkler heads, smoke detectors and occupancy sensors, resulted in a system that allowed straightforward installation and enables adaptability to future layout changes.

Sustainability targets are often stipulated by planning requirements. The Leadenhall Building, which had to meet very stringent requirements, earned an excellent rating through the presence of good transport links and an externally ventilated, triple-glazed facade. A great emphasis was also given to offsite fabrication by using precast floors and drastically minimising noise and dust during the tower’s construction.

Ambitious sustainability targets were also set by the client for the Al Bahr Towers. The towers feature an innovative, dynamic shading screen (mashrabiya) which optimises the use of natural daylight while controlling solar heat gain. This system reduces the effects of the ambient temperatures and intense solar radiation. As a result, the mashrabiya are designed to reduce the towers’ carbon emissions by 20 percent. The eco-friendly towers are among the first buildings in the Gulf region to receive a Leadership in Energy and Environmental Design (LEED) silver rating.

The complex nature of skyscrapers requires lengthy design stages from project inception to commencement of construction, with design typically lasting two years, in addition to the planning phase, to seek approval. The construction phase of a 40-storey tower then typically lasts three years.

For instance, the Leadenhall building took seven years from project inception to completion, excluding a two-year project delay due to the global recession. The Al Bahr Towers reached completion in six years, with an international design competition won in 2007 and design progressing thereafter up to tender in end 2009. Construction was completed in 2012. Planning approval by Abu Dhabi Municipality took nearly a year to be granted.

The shape of a skyscraper is influenced by its anticipated use. Very large floor plans may be suitable for open-plan commercial spaces but not so for residential floors due to the need for natural light.

The mixed-use, 87-storey Shard in London has the residential zones located in the narrower upper parts of the building.

The size of a tower’s core is a function of the building services required (such as ductwork) and the number of lifts. In the Al Bahr Towers, each core accommodates nine lifts, including a fire-fighting lift. Twenty-six lifts are provided in the Leadenhall Tower, and these are mostly situated in the north core of the building.

A tower’s form also strongly influences its structural performance under wind actions. The shape of the Al Bahr Towers was studied using wind tunnel tests at an early stage to reach a balance between architectural aspirations and the building’s structural behaviour.

The presence of efficient public transport is a significant factor for the success of a high-rise project. The cluster of skyscrapers in the City of London are within walking distance of several underground stations, as well as a reliable bus service. The Leadenhall building houses 4,800 workers, most of whom reach the workplace by public transport. Similarly, London Bridge station had to be regenerated as part of the Shard development to withstand the increase in population.

Tall buildings also impose considerable strain on local utilities. The feasibility of such towers relies on resilient infrastructure which can withstand high peaks in demand and output.

The electricity cable ducts feeding the Leadenhall building site were upgraded as part of the project with a contribution from the developers. Two electrical substations were required within the tower’s footprint. Attenuation tanks were introduced to safeguard water supply to the tower, especially in the event of a water mains cut.

High-rise developments may appear to be an obvious answer in areas where land is finite and an increasing population and growing economy put pressure on the existing building stock. However the need for tall buildings should not come at the detriment of the broader socio-economic environment.

This can be addressed through stringent planning policies tied to a robust master plan. Such an approach could allow tall buildings to blend in the urban context with least damaging impact to the surrounding public realm and positive contribution to local communities.

This approach could represent a win-win scenario.

Konrad Xuereb is an architect and structural engineer who has led the design of international award-winning high-rise buildings and bridges, including the Al Bahr Towers mentioned in this article. He heads his own practice, KonceptX, with offices in London and Malta. He previously worked with Arup, where he directed high-profile international projects in the UK, UAE and Scandinavia.