The family of a black migrant murdered in Ħal Far last month will be getting help from the proceeds of the Archbishop’s Charity Fund Concert 2019.

The concert was held on Sunday at St Paul's Cathedral in Mdina, following which Archbishop Charles Scicluna announced that half the money raised would go to help Ivorian national Lassana Cisse Souleymane's widow and children.

The concert raised funds for the Archbishop’s Charity Fund, which helps families and persons in need.

Thank you to the great artists, to the sponsors and the generous patrons who made the Archbishop’s Charity Fund Concert 2019 possible! Half of the proceeds will go to help the family of the late Mr Cisse killed in cold blood because “he was black”. pic.twitter.com/uHFrfEDl5l

Mr Cisse was killed and another two were injured in a drive-by shooting in Birżebbuġa on April 6. Two soldiers on Sunday have pleaded not guilty to the murder and attempted murder, which prosecutors say was racially-motivated.

They were also charged with a hit-and-run incident which happened in the same spot on February 1, when a migrant from Chad had sustained grievous injuries.

The decision to donate funds from the concert to help Mr Cisse's family came just hours after a member of Malta's Ivorian community told Times of Malta that they were struggling to put together the money to fly Mr Cisse's body back to his homeland.

In a tweet last Saturday, Mgr Scicluna wrote: "Great sadness, shock and shame as we confront the true evil face of the xenophobia, hatred and sense of impunity that poison a number of us Maltese."

SOS Malta on Monday also launched an appeal for funds to assist the victims of the shooting and the family of Lassana.

"Let us all show our solidarity with those who are suffering. Racially motivated crimes have no place in our country," the NGO said. 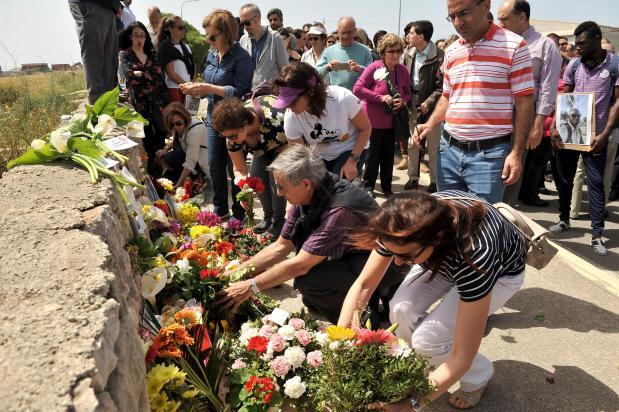