Sliema and St Julian’s residents rallied in opposition to tall buildings and commercial developments in the two towns on Saturday, which they say is eroding their quality of life.

Dozens gathered on the Sliema promenade to take part in the demonstration, holding up placards while remaining socially distanced from one another, in respect of public health rules. 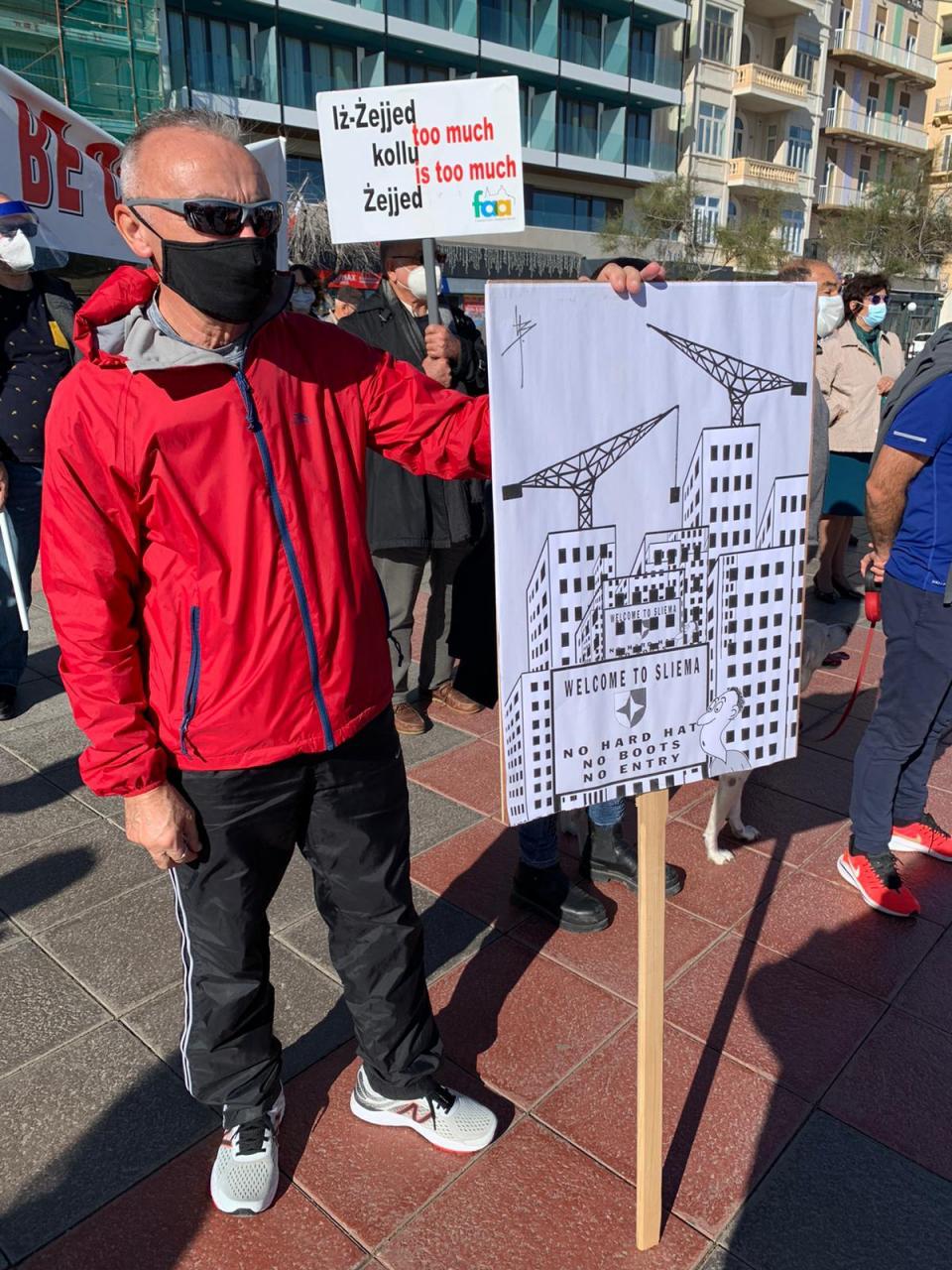 Signs they held urged people to "stand up and be counted" and expressed frustration at construction disturbances, stating "iż-żejjed kollu żejjed" (enough is enough).

The protest was organised by NGOs Flimkien għal Ambjent Aħjar and Moviment Graffiti and endorsed by both the Sliema and St Julian’s local councils.

Sliema resident Ruth told Times of Malta said that her wheelchair-bound elderly mother had been essentially locked in her home.

“I cannot take her anywhere, the pavements are all broken up with cranes and trucks and the little space we have left we have to compete with the tables and chairs from the parade of kiosks and restaurants opening on every corner,” she said.

Fellow resident Christine felt that residents were being short-changed by the Planning Authority. 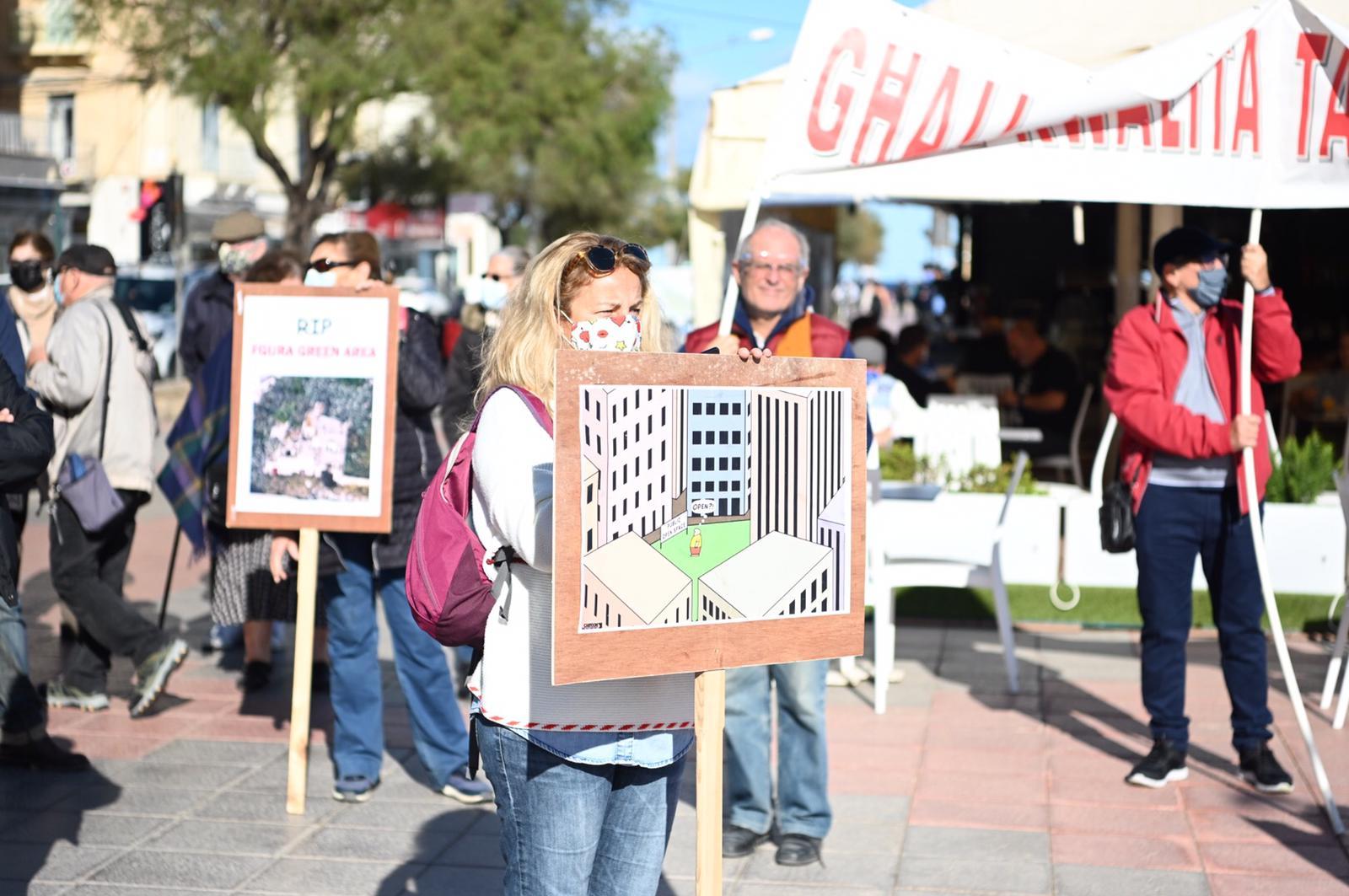 “We cannot keep building skyscraper hotels in residential areas, it’s not fair on the people who actually have to live here,” she said.

“It’s not right that the PA makes decisions on behalf of the people that do not benefit society at large,” she continued.

“We need to be serious about who is appointed in these leadership roles. We cannot have people appointed to boards who are also working on projects and lobbying for their clients. If you cannot be objective in these decisions than you are not fit for leadership”.

Both residents declined to provide their surnames.

“Our island cannot sustain such overdevelopment and widespread speculation. We need better urban planning for public spaces and not simply turning every available lot into tall apartment blocks," she said.

Saturday's protest comes on the back of a proposal to turn a block of residential units into a 13-storey hotel in Milner Street, Sliema.

Milner Street runs perpendicular to Tower Road, behind the Preluna hotel, coming to a stop a short distance away from the Sliema Point Battery (Il-Fortizza).

NGOs encourage residents to speak out

Additionally, NGOs say that the development raises serious concerns due to its lack of compliance with a number of planning policies.

“We are here to raise quality of life issues because construction continues to creep into our localities at the detriment of our health and livelihoods,” FAA coordinator Astrid Vella said. 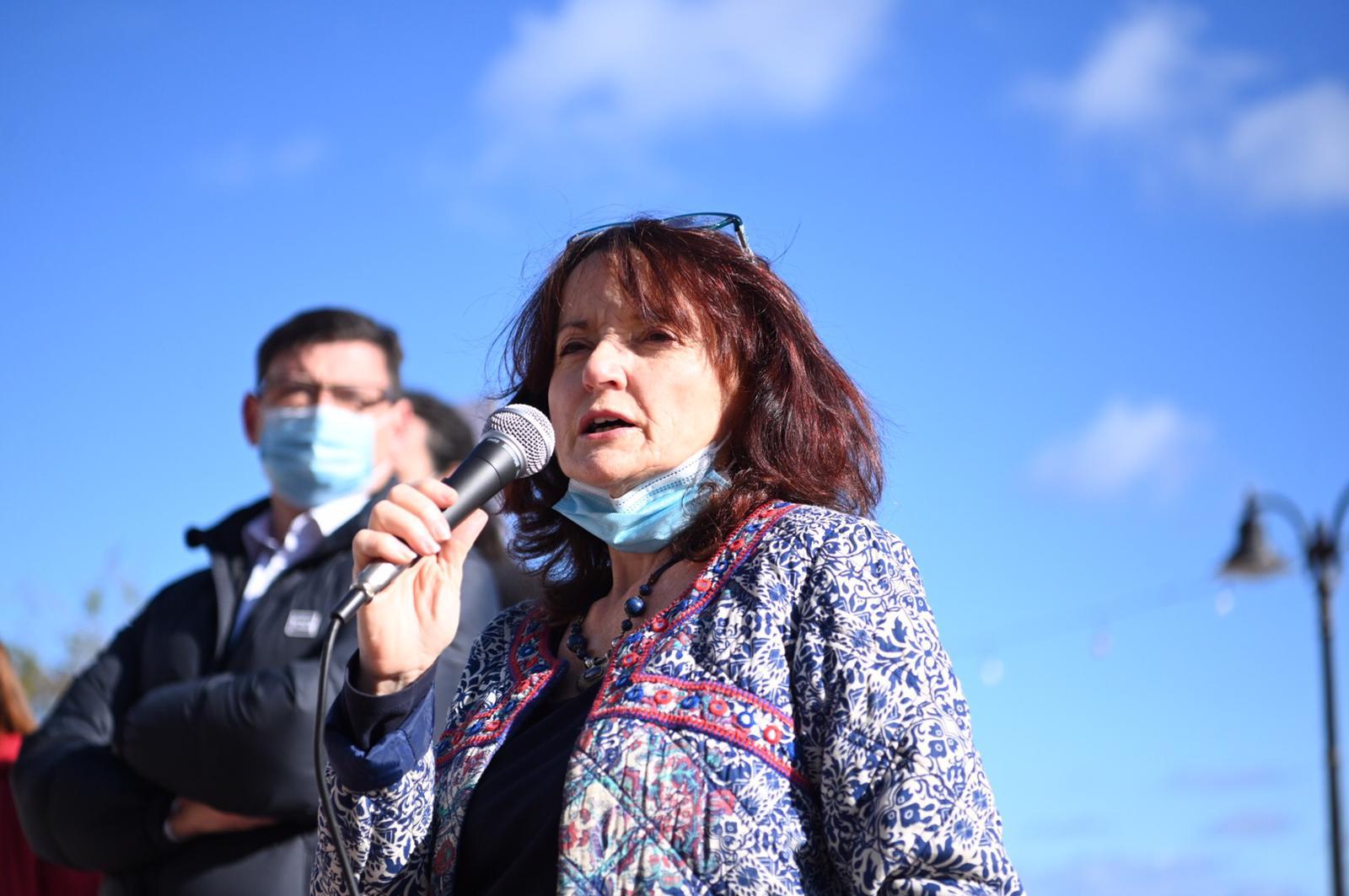 She added that these issues were not only specific localities but were slowly becoming more prevalent all over Malta, with more localities risking losing their public spaces.

"If we don’t act now we’re going to see this happening in more and more places," Vella said.

Andre Callus of Moviment Graffiti said that Malta was under siege from a flurry of planning permits that didn’t make sense from any aspect, including for planning and the economy.

“It’s insane to have these savage developments that our drowning out our quality of life, not just for us bit for the generations yet to come who have to live with this mess,” Callus said. 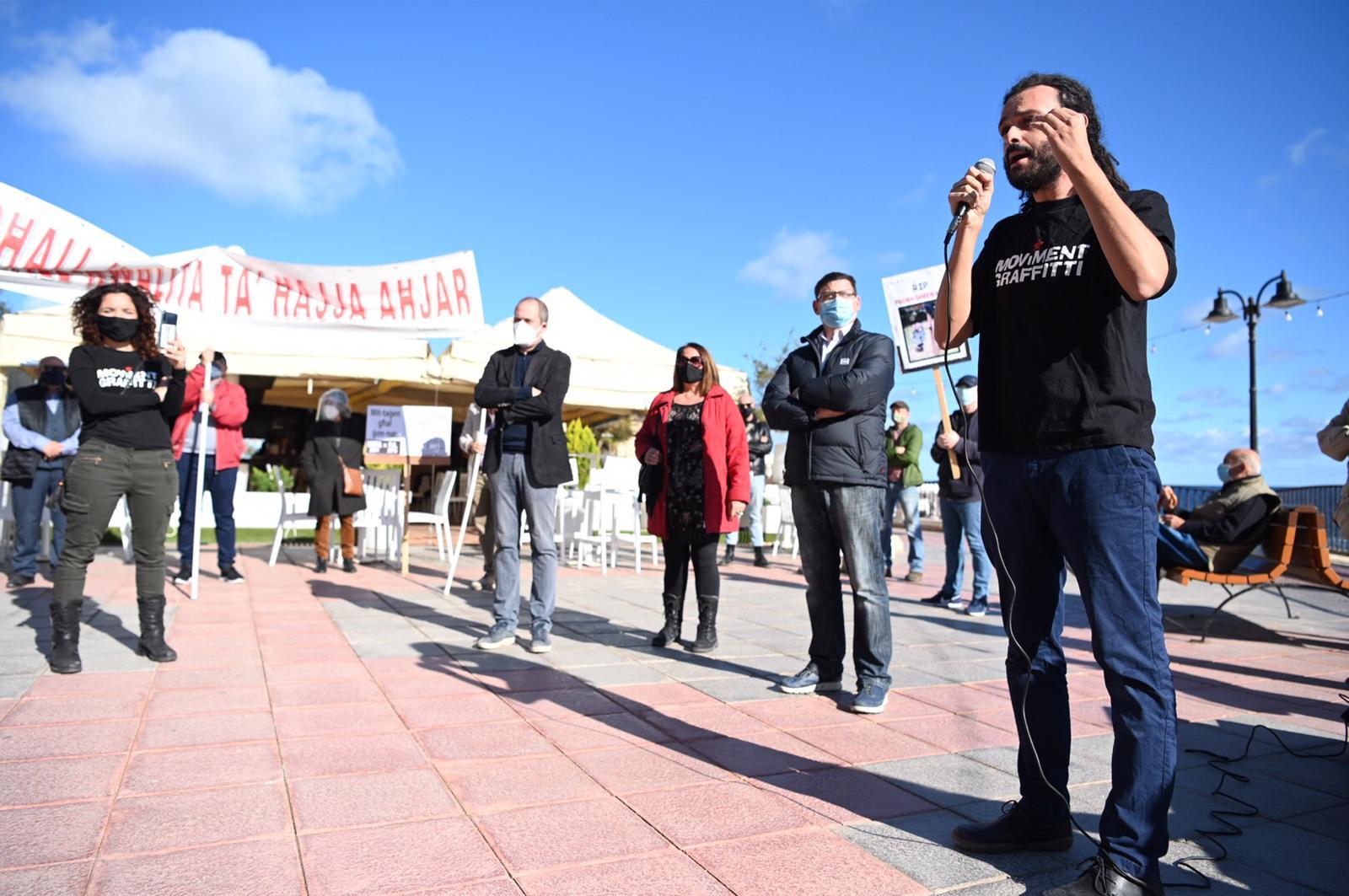 “The defective planning policies that allowed these things to come into being didn’t happen by accident, they are engineered to take land away from the people and and pump profit into the pockets of a select few.”

He added that communities shouldn’t give up the fight for their open spaces and that protests and pushback worked with persistence.

“It’s imperative that we don’t give in a single inch of our convictions because that’s the moment they’re waiting for, for us to give up.”