A man accused of a double murder in Sliema almost two years ago could walk out on bail in a matter of days unless a bill of indictment is filed on time.

Daniel Muka, a 27-year-old Albanian, stands accused of the murder of Christian Pandolfino and Ivor Maciejowski at their home on Locker Street on August 18, 2020. He was arrested and arraigned just over a week later.

At the time of the murders, Muka was on bail after having been accused of the attempted murder of two policemen during an audacious jewellery heist in Sliema.

The law lays down that unless the state prosecutor files a bill of indictment within 20 months of the date when the suspect faced charges, he will be granted bail. That 20-month time limit is set to expire next week.

Macedonian bouncer Viktor Dragomanski and Danish national Jesper Kristiansen are facing separate charges of having been accomplices in the fatal shooting which investigators believe was the result of a poorly planned robbery. The time limit for the filing of the bill of indictment against Dragomanski is also fast running out.

On Tuesday, a court heard that Muka has been without a lawyer for almost three months and has not been able to engage another one.

He parted from his counsel of choice, Noel Bianco without paying him, and the ethics rules of the legal profession lay down that an advocate taking over the brief of another lawyer has to ensure that the client had settled his fees with the first. 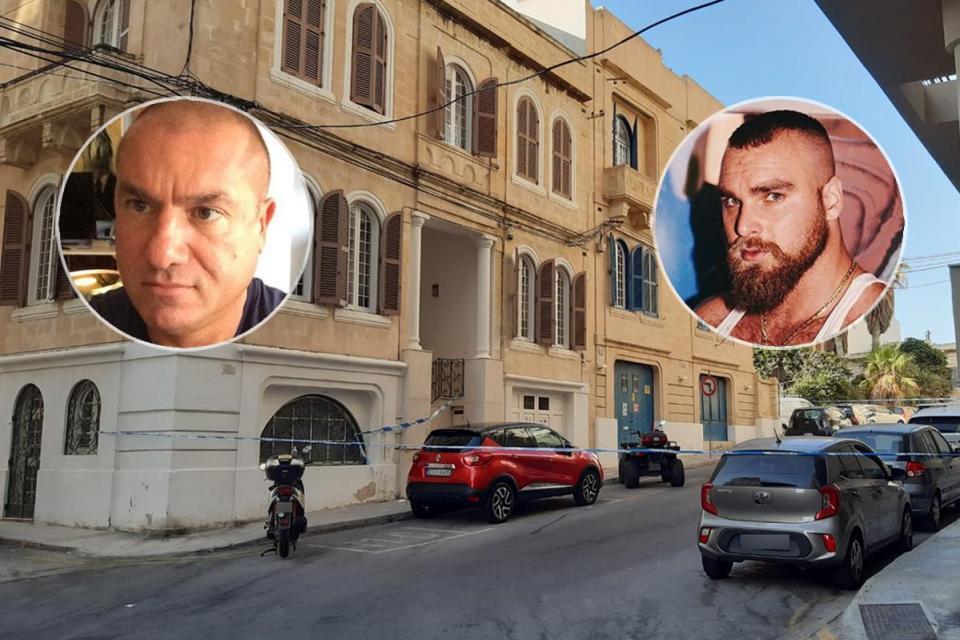 The scene of the murder and, inset, the victims Christian Pandolfino (left) and Ivor Maciejowski (right).

Magistrate Nadine Lia  on Tuesday informed Muke that until he settles his issue with his first lawyer the court will appoint a legal aid lawyer to assist him at each sitting. He was also told to explain his position in writing to the Chamber of Advocates so that it may intervene to resolve the matter.

“It’s been three months that I’ve been without a lawyer. I don’t want to continue like this,” Muka told the court as relatives of the victims listened in silence.

“I too don’t want these proceedings to be delayed,” he went on.

The court put off the case to later this month.