NGOs and local councils have filed objections to a proposed 13-storey hotel on Milner Street in Sliema, citing overdevelopment in a residental area unfit for commercial development. 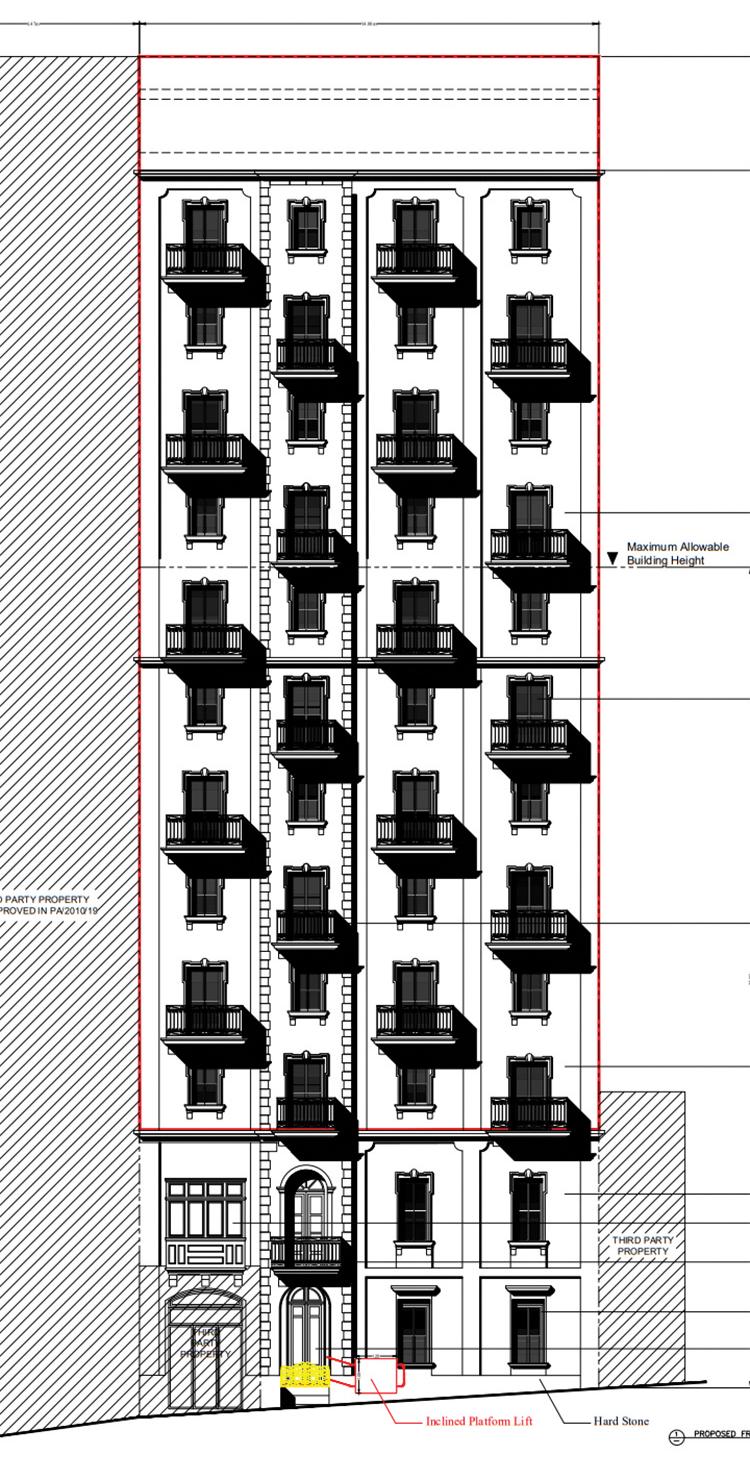 An artist’s impression of the development in Sliema.

The objections were submitted by environment NGO Flimkien għal Ambjent Aħjar along with the Sliema and St Julian’s local councils and NGO Moviment Graffitti.

They highlight the application’s failure to comply with numerous planning policies and guidelines.

The application, PA 07902/ 20, is for change of use from a disused residence to a Class 3B hotel of 56 rooms on 13 floors. The applicants are Bonnici Bros Ltd and Chris Cachia is the architect. FAA argued the proposed hotel is not compliant with a number of planning policies and would bring further overdevelopment to the area.

The application ignores the North Harbour Local Plan, which designates Milner Street as a residental area and identifies it as a ‘Street with Specific Conversion Importance’, the NGO says.

FAA points out that many of the residential areas already suffer from infiltration of traffic, noise and other effects resulting from tourism development and high housing densities. The main existing use of site is residential and not commercial.

Residents are tired of living in constant development and construction

Speaking to Times of Malta, Sliema mayor Anthony Chircop said on Monday that for the past 30 years Sliema residents have been living in a “continuous building site”.

“Residents are tired of living in constant development and construction,” he said.

His council is objecting due to overdevelopment of the particular area, pointing out there are already three other planning applications for developments or extensions.

Chircop also made reference to the coronavirus: now was not the time to plan hotels, when the future of tourism for the island was uncertain, he said.

“We do not see the point in such applications, at a time when even after the pandemic is over, we are unsure how many people will be travelling again,” he said.

While he expressed hope that tourism will be back on its feet once the virus outbreak is over, there was still no certainty – there should not be so many hotel applications at this time, he insisted.