Architect Konrad Xuereb was pleasantly surprised by the public reaction to his idea for a footbridge connecting Valletta and Sliema. He gives Kurt Sansone the background for his thoughts on regenerating the capital.

Konrad Xuereb was speaking about the regeneration of lower Valletta when he rekindled a 60-year-old dream to connect the capital to Sliema.

The architect’s idea for a pedestrian and cyclist bridge between Tigné Point in Sliema and the gunpost area in Valletta went unexpectedly viral, as Facebook pundits debated the merits and pitfalls of the project.

The proposal also caught the imagination of those who recalled a 1960s proposal for a cable car between Sliema and Valletta.

“Connectivity is key to regeneration, and this is why I believe that such a pedestrian bridge could contribute to improving the urban quality in lower Valletta,” Dr Xuereb explained.

READ: Connecting Sliema and Valletta is a dream dating back 60 years

The idea was based on Dr Xuereb’s experience heading a bridge engineering team responsible for the design of pedestrian bridges overseas as part of community regeneration projects.

At present, there is no planning application for the footbridge on the horizon, and it was simply a recommendation mentioned during a TVM interview on the regeneration of lower Valletta, Dr Xuereb pointed out when I met him at his Valletta office.

However, he admitted he was pleased to have started a public debate on the topic, even if some have been critical. The scale of the reaction on social media, Dr Xuereb pointed out, showed the importance of engaging with local communities when proposing public projects like these.

Acknowledging that work was under way to regenerate parts of lower Valletta – he mentions Fort St Elmo and several boutique hotel projects as examples – Dr Xuereb said there was the opportunity for other strategic projects which could have a positive impact similar to those in the upper parts of the capital.

Enthusiastically, the architect outlined international bridge projects he has worked on, such as the River Hull footbridge, which swivels to allow boats to pass, and the Castleford Bridge, both in the UK, and the Terni Bridge outside Rome. 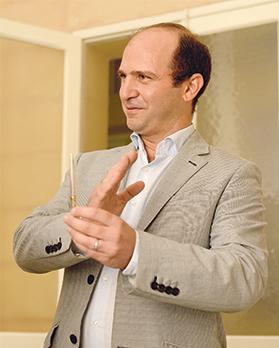 A pedestrian bridge by its very nature connects people, he said, pointing to a map of Marsamxett Harbour. “A bridge would not only provide a means of reaching Sliema or Valletta but also serve as a place where people can meet,” he said.

Apart from encouraging walking and cycling – the approximately 400 metres across the harbour could be covered in six minutes at a brisk pace – the bridge would bring with it a flow of people, encouraging small-scale economic activity, such as new shops on the Valletta side.

“Bridges lead to enhanced footfall at either end, which in turn leads to businesses moving to the area, improving the local socio-economics,” Dr Xuereb said.

“If ever the government decides to go for this idea, it should engage with residents and other stakeholders on either side of the bridge to understand the concerns and reap the benefits of ideas that can then be developed by the bridge design team.”

This is what was done for the Castleford and River Hull bridges, he added. “We engaged with the local community at an early stage. The community was very pro-active and their requirements were taken on board.”

And if the pedestrian bridge turns out to be a success, there could be other potential footbridge projects, connecting Valletta to Manoel Island, for example, or possibly to the Three Cities, he said.

“Bridges could create a circular walk-through connecting communities around the two harbours, though bridging the Grand Harbour will be considerably more complex because of cruise liners and other large vessels.”

Should we build the footbridge?

Facebook pundits were quick to point out three main concerns for a footbridge over Marsamxett harbour: the use of the harbour by sailing boats, the strong north-easterly winds and the aesthetic impact on Valletta.

A footbridge over Marsamxett could be designed with sailing boats in mind. Dr Xuereb said the bridge would already enjoy considerable height above sea level, given the height of Valletta’s ramparts and Tigné Point, but it could also curve upwards while respecting the planning regulations for ramps.

“This could easily allow an air draft of approximately 25 to 30 metres, which means that 99 per cent of sailing boats using Marsamxett will be able to pass beneath.

“There could be other solutions, such as having part of the bridge opening,” he said.

“Bridge engineers will need to consider wind action. For example, on Castleford Bridge, which meanders upwards over a river, we had to consider aerodynamics, as the structure behaves like an aeroplane wing under certain wind directions.”

The structure will have to be designed keeping in mind the wind gusts prevalent at Marsamxett, which are not exceedinlgly different from gusts in London.

Dr Xuereb believes a well-thought-out and subtle bridge design could embellish the view of Valletta.

“Given the very sensitive sites where such a pedestrian bridge is proposed, an international design competition should be organised if the idea is to be taken up.

Key stakeholders, including the local community, should form part of a jury team and influence the winning designs,” Dr Xuereb said.