A fishing trawler that was carrying fish bait for fish farms capsized in Grand Harbour early this afternoon after it was hit by a cargo ship.

The incident happened at about 12.10pm at Laboratory Wharf.

Sources said that a large cargo ship called Maria (8,383 tons) suffered a mechanical failure as it was about to berth. It hit the fish farming Italian-registered vessel Angela Arcella which was moored alongside, leading it to capsize. The Maria also hit the moored Congo-registered cargo ship Union which then broke its moorings and hit the tug boat Lieni, without causing damages.

Two crewmen of the Angela Arcella jumped into the sea and later were taken to hospital, although they were not seriously injured.

Measures are being taken to prevent seawater contamination. 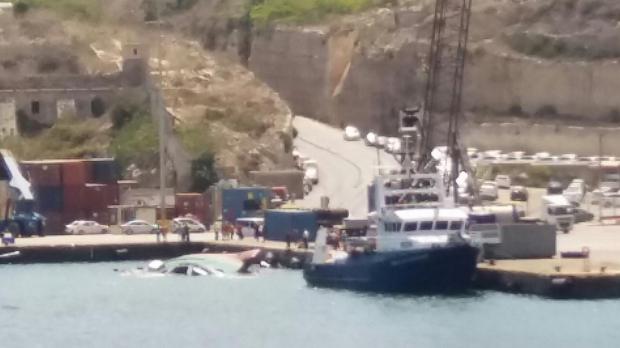 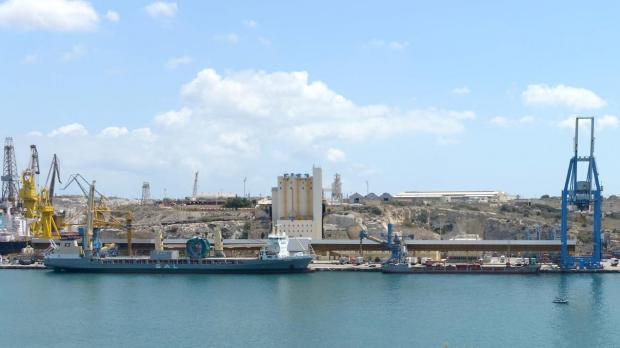 The MV Maria (left) seen after it berthed alongside the grain terminal. Photo: Matthew Mirabelli. 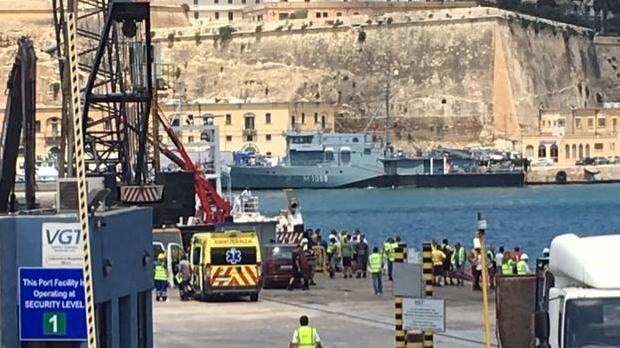