The basis of Malta’s national healthcare system is that a person’s ability to pay shouldn’t determine their access to medical treatment. But according to the president of the World Medical Association, ensuring equal access to treatment is not the same as ensuring equality of health. 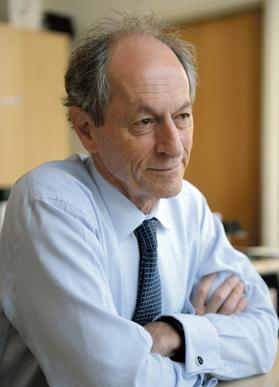 “If you have a headache, aspirin is a good cure, but the headache wasn’t due to aspirin deficiency. It’s not lack of healthcare that causes people to get sick in the first place,” says professor Sir Michael Marmot, director of the Institute of Health Equity at University College London.

Prof. Marmot is one of the world’s leading experts on social determinants of health, the study of the way conditions in which people are born, grow, live, work and age impact their health.

In other words, according to Prof. Marmot, social inequality is actually bad for our health.

“Inequities in power, money and resources give rise to inequities in the conditions of daily life,” he says. “These are the features that determine whether people live long healthy lives or suffer premature illness and disability.”

It is well established that lifestyle choices leading to poor health tend to be more prevalent among the more disadvantaged sectors of society. What social determinants of health ap-proaches do, however, is to go a step further and ask why – the “causes behind the causes,” as Prof. Marmot puts it.

Unemployed young people, he observes, are not ignorant of the long-term effects of smoking, but they have more pressing day-to-day concerns that push these effects out of their minds.

“We see this happening to a less extreme extent all the way up the social hierarchy. People in the middle have to work a good deal harder than the people above them just to do normal everyday stuff.”

The approach goes beyond individual behaviours. From the very beginning of life, Prof. Marmot says, children develop better the higher the socio-economic status of their family – physically, cognitively, linguistically, emotionally and behaviourally.

Inequities in power, money and resources give rise to inequities in the conditions of daily life

Chronic stress is a major factor at all stages: simply put, life is more stressful the lower down the ladder you are.

Crucially it’s not just that the poor do worse than the rich; the problem exists on a sliding scale affecting every class of society.

With social inequality increasing in most societies, the phenomenon has the potential to turn into a major public health crisis in the years to come. It doesn’t make sense, Prof. Marmot suggests, to focus solely on increasing our standards of treatment without investing in creating the conditions for people to stay healthy.

The first step, he says, is reducing the margin of inequality – which according to surveys is seen by people in Europe and the US as a more serious threat to society than climate change or terrorism.

“Increasingly we’re looking at a gap between the top one per cent and everyone else,” Prof. Marmot says. “All systems have some degree of inequality, but there’s a widespread feeling that it’s gone too far.”

Beyond that, the key is “interrupting the link” at various stages in a person’s development, ensuring a background of social injustice does not determine their living conditions and, consequently, their health.

“If the future of work is high-paid, interesting, varied jobs for people at the top and boring, repetitive, stressful, insecure, low-paid jobs for the mass at the bottom, you can see how that would contribute to inequalities in health.”

Prof. Marmot was in Malta for a symposium on the fringes of CHOGM, organised by the Medical Association of Malta.