Three people were marched to court on Friday after they posted "hate" messages hours after a policeman was seriously injured in a hit-and-run incident.

Kylie Cutajar, 21, from St Venera, Ritmark Borg, 28, from Paola, and Josef D’Amato, 24 from Marsa pleaded not guilty in court after their Facebook messages were flagged to the police.

Inspector Joseph Busuttil and John Spiteri charged the three with publicly inciting persons to commit a crime and misuse of electronic communications equipment.

Mr D'Amato had posted on Facebook that “at least one policeman should be run over every day”. His legal aid lawyer did not request bail.

The prosecution said they feared that the evidence would be tampered with as it would be easy to change the comment from any device.

His defence lawyer argued, however, that this his comment was generic mockery and not badmouthing the police in general or the officer in question. He was also refused bail.

The officer - 48-year-old father-of-three Simon Schembri - had tried to stop a motorist driving a Mercedes, who then ran him over and dragged him for several metres. 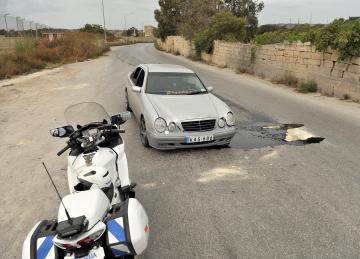 Magistrate Joe Mifsud said on Friday that people should be more prudent when posting on social media, and should realise that they will shoulder responsibility for what they write.

"The court is tired of this and has already drawn the attention to the lack of education when it comes to the use of media and social networking. It notes, on a daily basis, that even people with responsibility are uploading posts before thinking and do not even realise they have a responsibility, especially when they represent certain institutions,” he said in hard-hitting comments.

He expressed his frustration at the judiciary having to sit back and listen to criticism “in the silence of their homes” – only to be able to comment when cases come before the court.

“The court understands that the nation was shocked [by this case], but the country works with the rule of law because it is a civilised country and any person who feels aggrieved can take their claim to the court to seek remedy,” he said, saying that baseless attacks undermine order in the country.

Mr Cutajar's laptop and mobile were confiscated. He was denied bail.

The three were remanded in custody.