Seven southern EU member states including Malta have signed a Memorandum of Understanding for closer collaboration on emerging technologies like blockchain, cryptocurrency and artificial intelligence.

The preliminary agreement was reached during the South EU Telecommunications Summit held in Malta on Wednesday for which ministers and junior ministers from Italy, Greece, Spain, Cyprus, France and Portugal were also present.

Addressing a news conference at Castille, Parliamentary Secretary Silvio Schembri said this MoU followed a declaration made in December last year when Malta was at the forefront to promote further collaboration among these seven countries.

The objective is to maximise the potential of these technologies which can be used to improve the quality of life, he said.

Such a commitment, he said, was already being taken in the educational sector whereby certificates are being stored on blockchain, so that anybody wanting a copy of their O and A Level certificate would be able to get it straight away, rather than applying through the educational authorities. 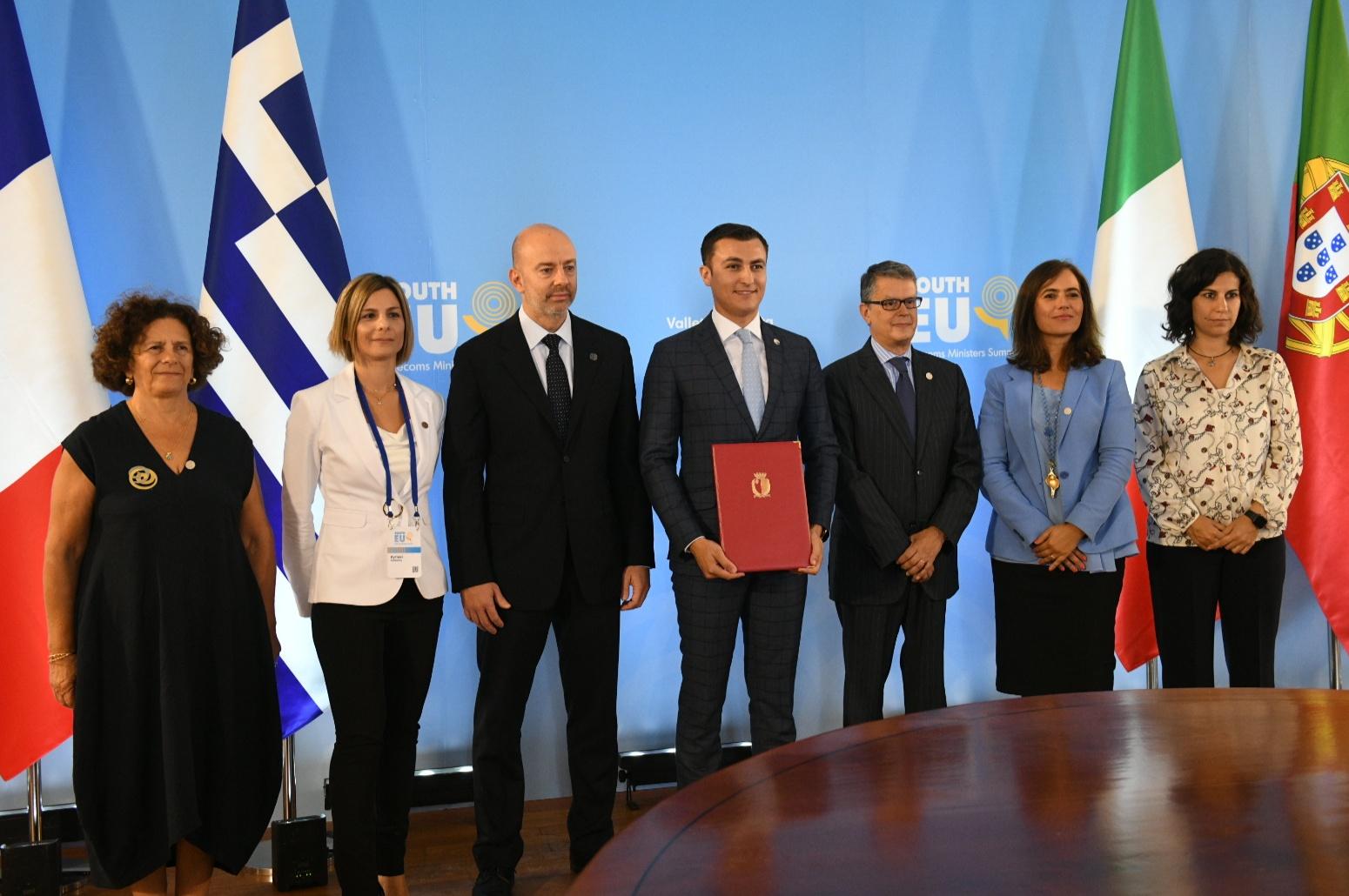 The MoU was signed during the Southern EU Telecoms Summit held in Malta. Photo: Matthew Mirabelli

He noted that close collaboration with other member states on these projects and others which were in the pipeline, would facilitate further technological advances.

The parliamentary secretary said that another “radical change” in the pipeline, would affect access and processing of personal data.

Under this MoU, a group of experts will be set up to look into the technical aspects of various projects being piloted by these seven member states.

The next South EU Telecoms Summit will be held in Bari, Italy.