With Verdala greenlit for redevelopment and two other significant projects in the pipeline, the AX Group is once setting the standard by which others follow.

While it’s true many of life’s best things take time to come to fruition, few could argue that 27 years is a long time for anything.

But 27 years is exactly how long AX Group Chairman Angelo Xuereb has been working to secure the permit to reimagine and rebuild the derelict Grand Hotel Verdala in Rabat. It’s a property that he purchased in 1994, and which he, his family, and his team have toiled on tirelessly ever since.

“I am absolutely thrilled to have, finally, received full Planning Authority (PA) approval for this iconic site,” said Xuereb. “It is going to be a fantastic project, and one that will set another high benchmark for the island. Yes, it took a very long time to get here, with over 50 iterations of our plans for the site, but it has been worth it. Verdala will now be restored to its former glory, as an icon within the Rabat community and a beacon of Malta’s touristic hospitality and quality residences.”

AX Group CEO Michael Warrington is equally enthusiastic that the long wait to pave Verdala’s future has come to an end. “We’ve had some disappointments over the years and some very good ideas were turned down in that time, but we are elated that the next steps are finally clear.”

And what steps they are – as the Group has unveiled its plans for Verdala to be among its most ambitious and standard-setting yet. “Our vision for this important site will be a game changer for the Group, and for Maltese architecture in general,” the CEO continued.

“I study progress and development in Malta closely and, while some aspects of what I see are encouraging, others are very negative and upsetting. As we proceed as a nation, quality development is critical. We need buildings that will serve us in the same way the Knights’ palaces have served us for hundreds of years – and we at AX intend to deliver. Our team is united in our vision, and this is going to be an extremely exciting phase indeed.”

It’s evident that the Verdala project is a true milestone for AX Group. It will see the contentious 1971 Rabat landmark, the Grand Hotel Verdala, transformed into a state-of-the-art property that isn’t just befitting of its critical location, but instrumental in breathing new life into both the economy and the community.

The project itself will see the ramshackle 70s building seen today sensitively redeveloped into a five-star boutique hotel and luxurious residential complex. After careful in-depth consultation with all stakeholders, the Group has chosen to reduce the overall height of the existing hotel by almost two storeys, and the development will now blend more harmoniously with its setting. In fact, a system of terraces and voids on the ridge side of the building will mimic the natural forms of the rock strata, while the back elevations will have greater solidity to tie into the traditional façade typology found on the surrounding streets. The stunning views, meanwhile, will be opened up, giving the public the opportunity to enjoy them from the hotel, public spaces, and even the street itself. More importantly the building mass is being separated by three distinct blocks.

“I remember the Grand Hotel Verdala from my childhood and it’s been part of my life ever since,” says one of the project’s key drivers, AX Group Director of Construction, Development and Real Estate, Denise Micallef Xuereb. “There have been so many important moments on my journey with this site – from dining here as a little girl, to observing my father’s disappointment and determination during the delays over the years, to finally being entrusted to handle its development and planning process.”

It’s been three years since Micallef Xuereb took Verdala on with a new approach to getting the green light. She first set her sights on acquiring the outline plan for the site and, once that was successful and the height and massing were set, moved on to the refined design. The full permit was achieved less than a year after the outline approval was signed off, bringing nearly three decades of design and redesign to a close.

“I am proud of many things about this project,” Micallef Xuereb continued, “including that there wasn’t even a single objection to our plan at the final PA hearing. After all, there is a critical requirement for high-quality, standard-setting development in Malta at the moment. We desperately need developments that get things right and encourage others to follow suit. The Verdala will do exactly that. It is visually appealing and sympathetic to its surroundings, will use the very latest and most-sustainable building practices possible, and will again make this site a much-loved destination in its community and for Malta as a whole.” 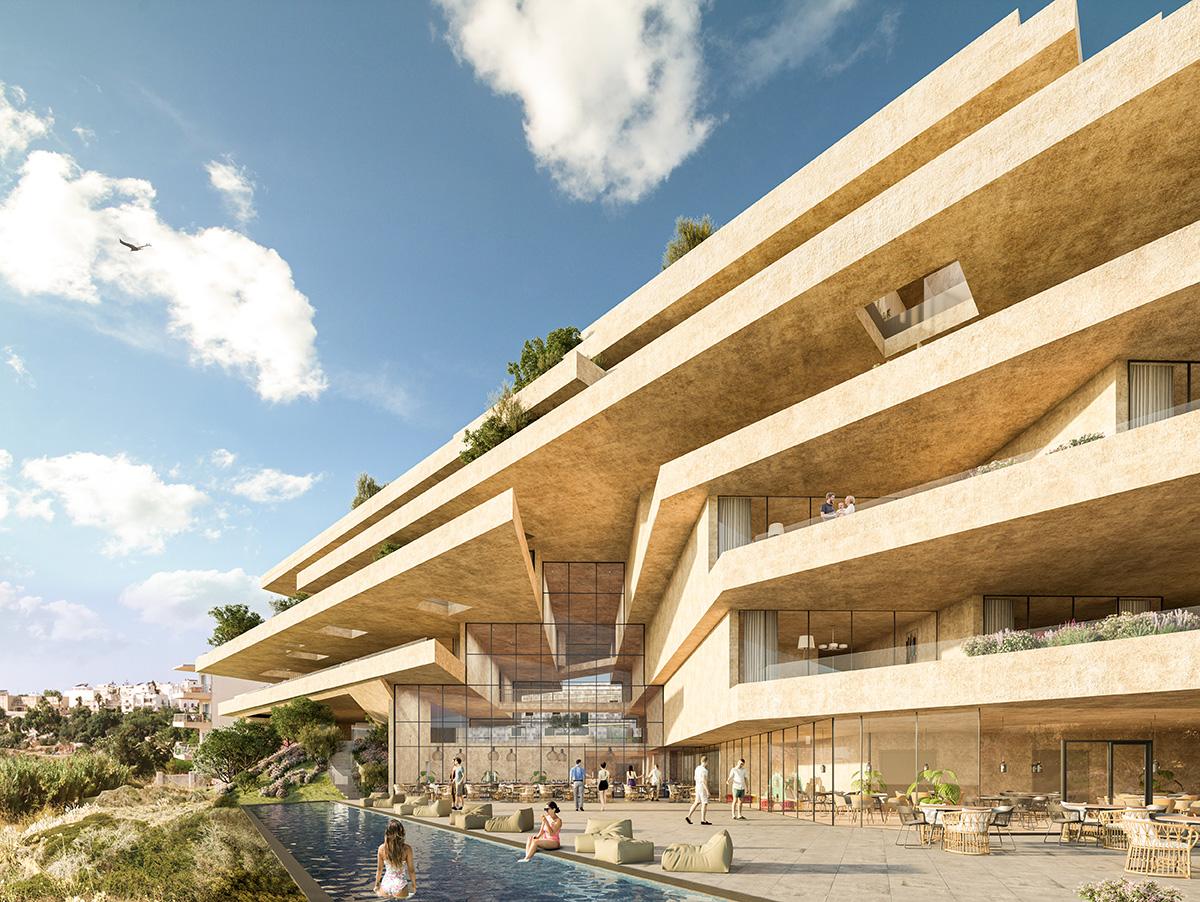 A new season for AX Group

The Verdala project is ambitious and exciting, certainly, but the core team also acknowledges what a huge challenge it is going to be. “It’s an absolutely mammoth undertaking,” continued Warrington. “There are huge costs of between €50-60 million to be considered, but we know what we are getting ourselves into. Even with the blow that the COVID-19 pandemic has dealt the Group, we are extremely positive about what the next few months and years will bring. Business is returning, the vaccination programme is working, and I am confident that it won’t be too long before the business levels we saw in 2019 return and grow.”

And while Verdala will doubtlessly provide key focus for the Group in the next few years, it won’t be its only focus. In fact, this period is set to be AX’s most ambitious yet, with two other major projects coming into view, and with a pathway to completion.

“I used to say that the Group would only undertake one mega project every five years, but we’re breaking with a tradition this time,” smiles Mr Warrington. “As works begin on Verdala, we will also make extensive headway on our plans for the Suncrest Hotel extension in Qawra – another mega project for the Group. Add to that 41, Merchant’s Street in Valletta – a palace that will be respectfully restored and transformed into a shared office space – and things are shaping up to be very busy indeed.” 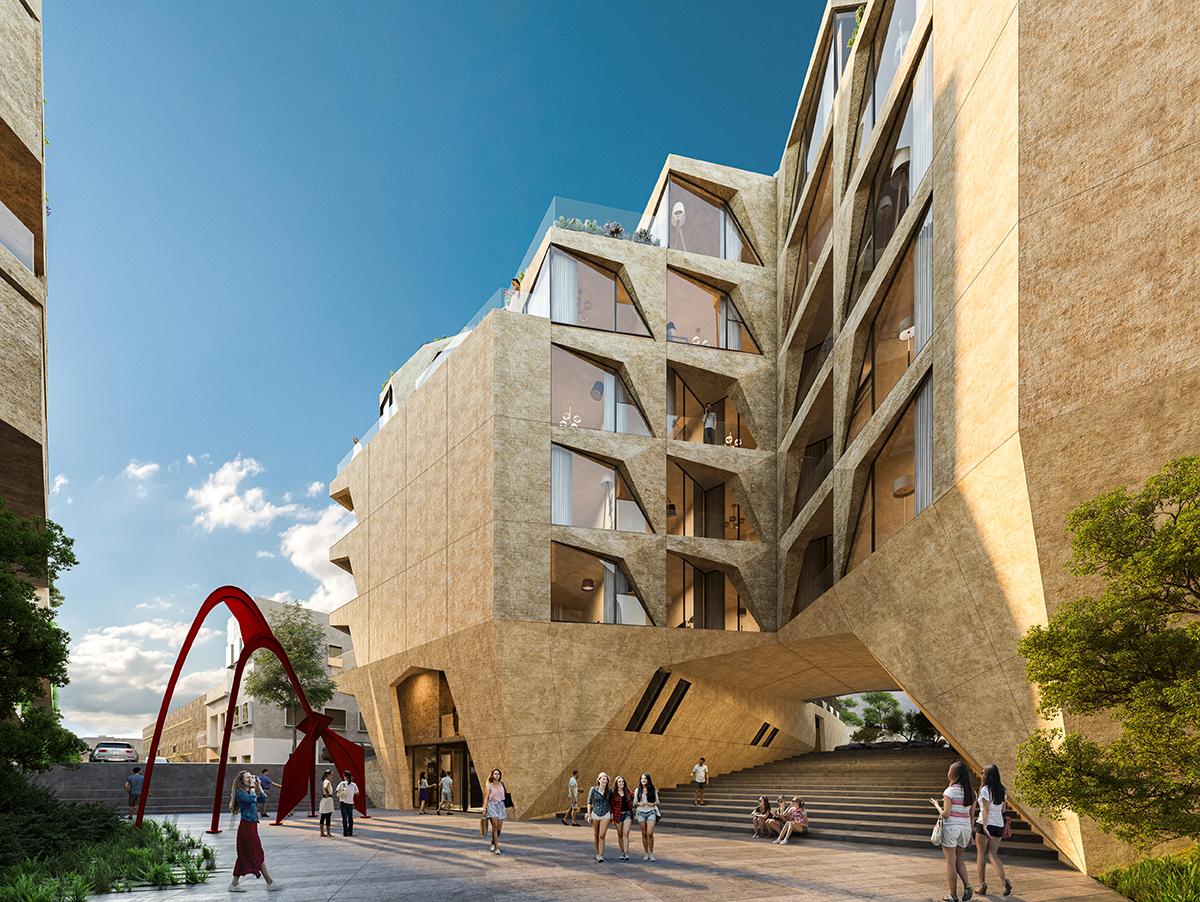 In fact, much of Warrington’s own work over the past few months has ensured that the right financial structures are in place to sustain the substantial growth expected for AX in the next five years. “Yes, it’s ambitious. But I am convinced that, with the plan I set for the Group – and despite the consequences of the on-going pandemic – our vision of the AX Group as a half-a-billion-euro company by 2024/2025 will come to pass. This is the start of a major growth journey for us and one that we have worked very hard on already to successful edit the structures of the Group and make our goals achievable.”

Meanwhile, the company’s people – its colossal team across its many business sectors – remain top-of-mind for the Xuerebs and the Group CEO. “These changes will affect people’s lives,” said Warrington. “Our employees must rise to the challenge, and I know they will.

“Yes, we are working in a very difficult labour market and it can it be hard to find the right calibre of people, but those that are right are unabashedly excited about what is to come for the Group and the opportunities it presents.

“Our whole team – from marketing to architectural design and development, as well as our dedicated management team – know these kinds of experiences come around rarely in a career; they are moments to be treasured. Our people are proud to be associated with everything we have planned. They will look back and say, ‘I was part of the team that built that’ – in the same way that the original Verdala employees (some of whom are still with us!) are excited to see the building rise from the ashes again. The energy is palpable,” he says.

Going into further detail, the CEO admits it hasn’t been an easy time for many existing AX Group staff since the start of the pandemic. “It’s been a tough and distressing period for many reasons. But we know how to sail this ship into safe waters for the future. Our vision doesn’t just keep our people safe but offers them opportunities to grow with us. Yes, it’s going to be a busy time, but it’s going to be great and something they will be delighted to be part of.”

As this new chapters begins, it’s clear that the AX Group expertly walks the line between being both a standard-setting company with world-class goals, and a family business that holds integrity and sensitivity at its very core.

“Values mean something here,” continued Warrington. “As a Group, we are dedicated to crafting projects that reflect our veracity and strong business culture. They are projects that we are proud to be associated with, built in a manner that ‘does things right’. It’s not all about money, about building a monument, or about how big a development is. It’s about quality and community. Our business is clean business.”

Xuereb, meanwhile, agrees and hopes that AX’s projects will continue to be emulated by other building contractors, so development in Malta will improve. “Our island product must be upgraded,” the Chairman stresses. “And we hope to be both the driving force and the inspiration behind that.

“As for our own advancement, the next few years will bring steady growth across our five sectors: construction, development, hospitality, healthcare and renewable energy. We also look forward to expanding our core activities in Europe, and to reaching more new milestones for the company.”

It’s clear to see that the next five years are going to be interesting and exciting for the AX Group, as its core team unites behind this vision of quality, community, and success.

“I hope to remain at the helm of the Group for the next few years,” the Chairman said. “Within that time, my daughters, our management and I will continue to look boldly into the future with eyes on the kinds of projects that befit both our company and the island as a whole. Our plans stretch forward confidently well into the decades to come, and our vision will not waiver as we hit every milestone on our path. That all begins with Verdala,” Xuereb concluded.