The Dominican Order is celebrating the 800th jubilee from the death of its founder, St Dominic of Gusman. The Maltese St Pius V Province officially celebrated the Dominican jubilee on May 24 with a solemn memorial of the translation of the saint. 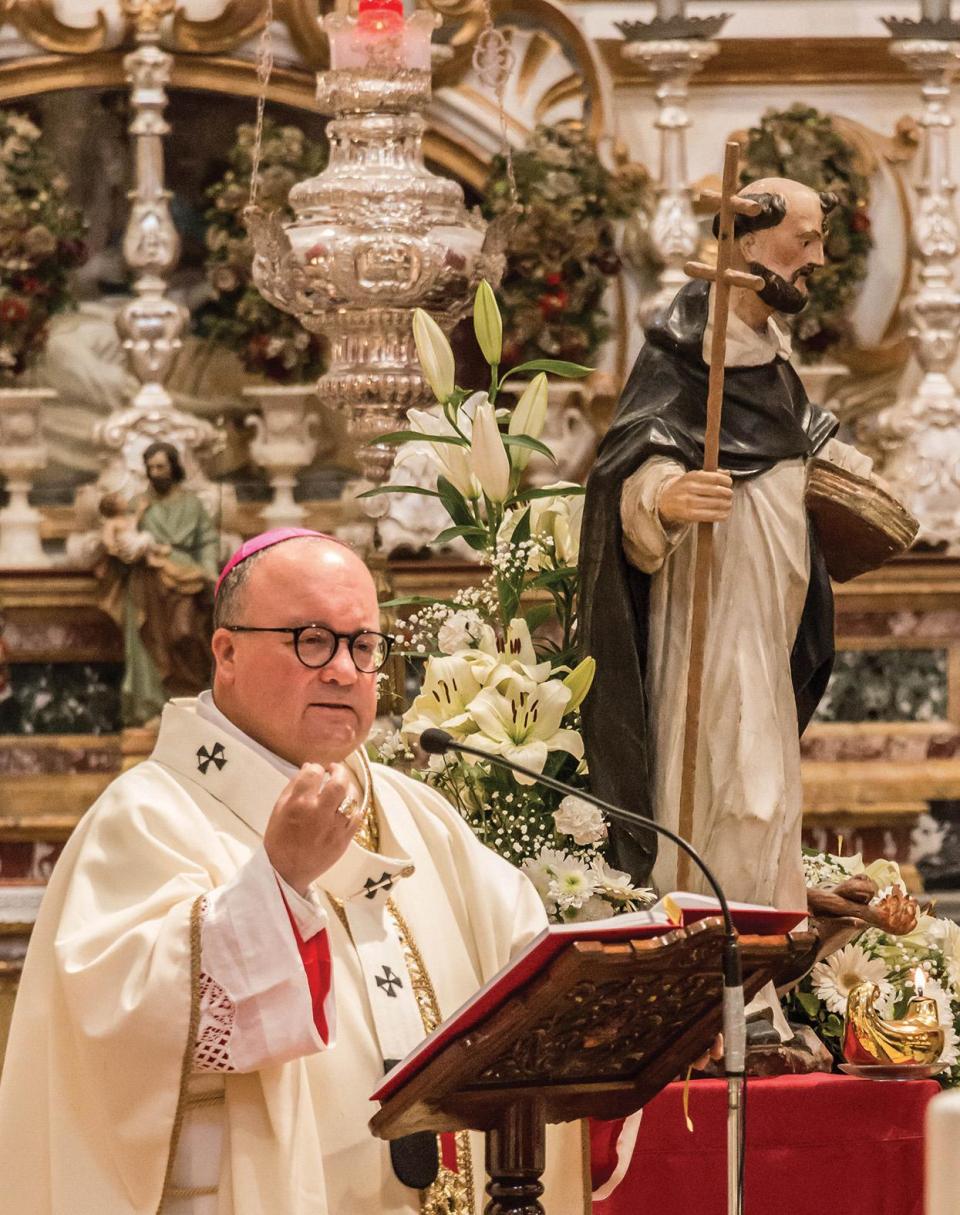 Archbishop Charles Scicluna during the Eucharistic celebration at Our Lady of the Grotto priory church in Rabat.

Dominic died in 1221, yet it was only 12 years later that his remains were moved, that is, ‘translated’ to the tomb where he is venerated up to this day in Bologna.

Archbishop Charles J. Scicluna presided over the Mass along with the friars and members of the Dominican family. This Eucharistic celebration was held at the priory dedicated to Our Lady of the Grotto which is also the house of formation and the Provincial Curia.

Archbishop Scicluna said that St Paul’s phrase, “For this I was appointed preacher and apostle, teacher of the Gentiles in faith and truth”, (1 Tm 2:7) sums up Dominic’s charism and vocation. This confirmed identity led him to locate the sanctity and the dignity of the human person at the centre of his preaching project when engaging the Cathar and Albigensian heresies which looked down upon the human body and upon human relationships, marriage even.

Dominic’s mission then could be seen as a celebration of God’s good creation, at the core of which is the image of the Creator uniquely imprinted on every human individual redeemed by God’s love in Christ.

In his homily, Scicluna made reference to the title given to Dominic – ‘Praedicator Gratiae’, preacher of grace – and which is intimately connected to the way God revealed His love for all, namely, through His mercy which is granted as pure gift.

That the Order has chosen conviviality and fraternity around Dominic’s table as the principal theme, reminds us all that just as eating is a vitally basic human activity, so should our gratitude for God’s unfailing care be expressed in tangible love, compassion and fellowship to all. Pope Francis also wrote a letter to the Order, entitled ‘Praedicator Gratiae’, published precisely on May 24 this year.

The opening question about relevance should not even be raised since the need to preach and evangelise is as urgent as ever, said the Archbishop. The demand for our preaching corresponds to the perpetual human thirst for the compassion and grace-filled truth offered by the Lord.

He concluded by praying that Dominican communities might radiate the marvellous aroma that emerged from Dominic’s tomb on that unforgettable translation and which beckons our faith in the Paschal mystery of Christ, the core message of Christian preaching across time.