A platform that has occupied valuable parking spaces in St Julian’s since December has finally been removed following a decision by the Environment Ombudsman ordering its removal.

The Land Authority had given Nola Café in Main Street until the end of the week to remove the structure which was seen as dangerous for pedestrians.

The Environment and Planning Ombudsman investigated the situation that robbed residents of five parking spaces upon the request of mayor Albert Buttigieg who asked him to look into how the PA “abusively” issued a permit in August last year when the Lands Authority was objecting.

The permit was originally denied in June but the decision was reversed a month later at the appeals stage on the basis of a 'no objection' from the Government Property Division.

Work on the building of the platform was stopped in December following complaints by the council and the Lands Authority. Among other issues, the council complained about the loss of valuable parking spaces and the traffic chaos such facilities create.

The Land Authority had already objected in August 2018 to the applicant’s application to be granted a permit to take over the public land for his roadside platform but the PA was not aware of this in 2019 and the objection only reached it in February 2020.

Welcoming the removal, Dr Buttigieg said that while one street platform had been removed, another one was placed outside another bar in another part of the village. The same platform outside Cork’s Pub on the busy St George's Street in St Julian's had been removed in February 2018, hours after it emerged that it did not have a permit.

However, this time around, a spokeswoman for the Lands Authority said that an encroachment permit had been issued on the strength of a planning permit issued in July 2017.

Dr Buttigieg said that Transport Malta had objected to the platform in 2018 and questioned whether the transport watchdog had now given its blessing. 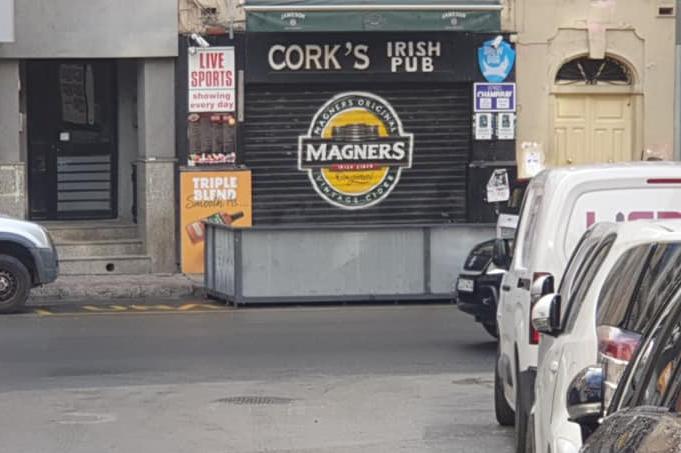 A new platform in front of another bar has the necessary permits, the Lands Authority said. Photo: Mark Zammit Cordina