New York is done with dressing down: the splashy black-tie Met Gala returned Monday, with a cohort of Gen-Z's glitterati hosting the A-lister bash famed for its over-the-top panache – and despite the pandemic, this year the fashion was so fierce one guest wielded a sword.

The crowd of some 400 actors, athletes, poets and performers – all of whom were either vaccinated or had tested negative for COVID-19 – was largely maskless on the cream carpet, defying the global coronavirus pandemic that forced the cancellation of last year's event.

"It's so surreal," US rapper Megan Thee Stallion, attending the Gala for the first time and dressed by designer Coach to evoke old Hollywood glamour, told AFP. 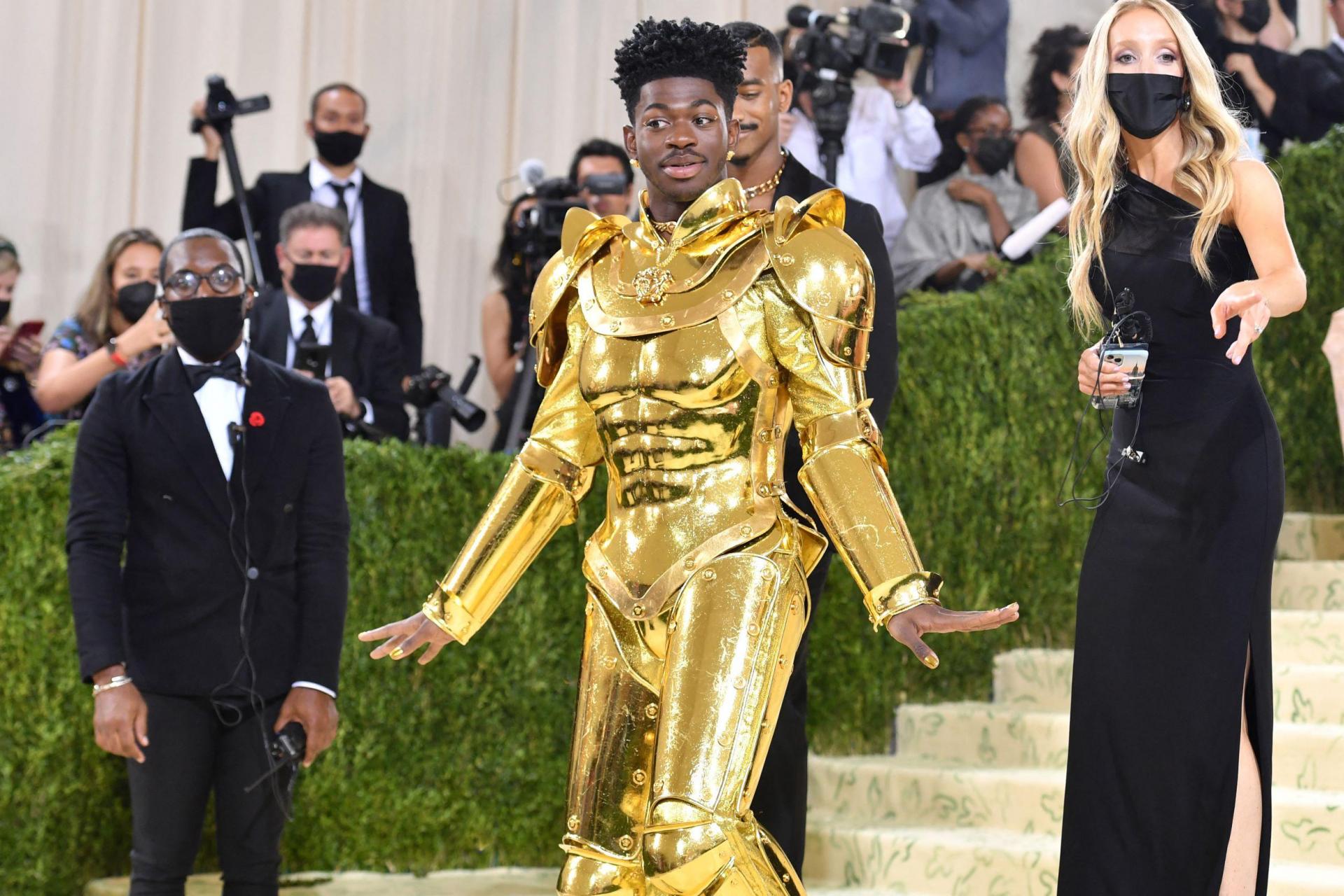 US rapper Lil Nas X arrives for the 2021 Met Gala at the Metropolitan Museum of Art on September 13, 2021, in New York. Photo: Angela Weiss/AFP

But she did admit that it was "kinda weird" to be around so many people, more than 18 months into the coronavirus pandemic.

"I've kinda gotten used to being a little introvert like – but I'm back on side so I'm excited to see everybody," she said.

Canadian musician Grimes, who was one of the few wearing a face mask, set Twitter alight by carrying a sword – perhaps to, as one user suggested, "make sure people stay six feet away".

US lawmaker Alexandria Ocasio-Cortez added to the revolutionary spirit with a white off-shoulder dress, on the back of which was written in scarlet capital letters: "Tax the rich" – an inflammatory statement at an event where tickets cost $35,000 apiece and tables were up to $300,000. 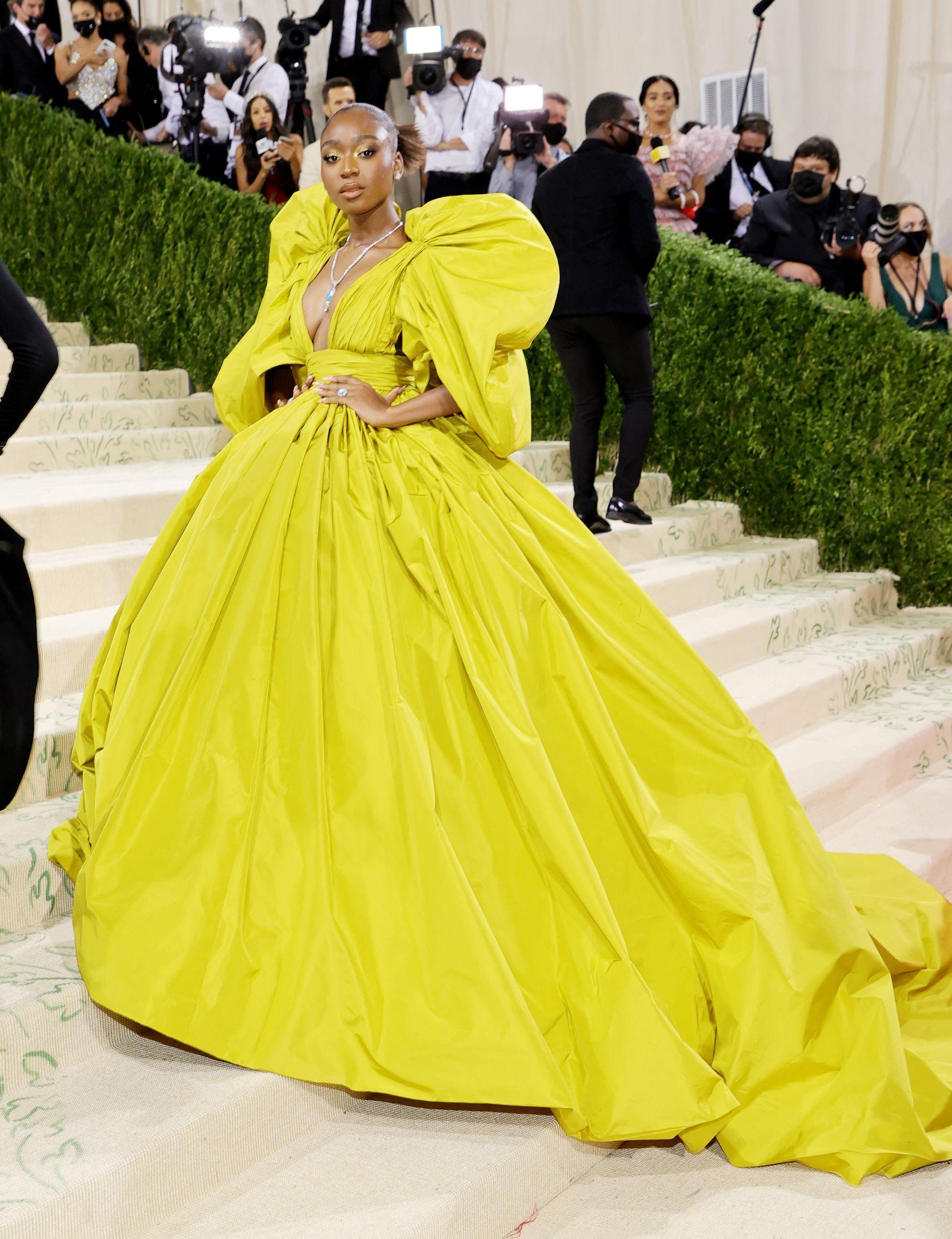 "I feel like a princes... sorry I'm breathing heavy, my waist is snatched," she said. "I feel like... amazing. A Black queen."

Rapper Lil Nas X stripped down to reveal not one, but three gold outfits, singer Frank Ocean appeared with lime green hair and carrying what Twitter users described as a "robot baby" and Simone Biles' glittering silver-and-black dress was so heavy that the gymastics superstar could only climb the stairs one foot at a time and needed six men to help her lift it.

The rapper ASAP Rocky appeared wrapped in a patchwork quilt, which he said was a sartorial message of unity.

"We part of the same cloth, part of the same quilt, you know?" he said with a grin – later tossing the quilt to the ground to reveal a sharp black suit underneath, to the delight of singer Rihanna, his date.

Rihanna, Kim Kardashian and other stars hit the red carpet of the Met Gala in New York. The Al-lister event of the year is back after a two-year hiatus. Video: Eleonore Sens/AFPTV/AFP

One mysterious guest appeared head to toe in black – her face, mouth, eyes and head also covered, with only a long black ponytail visible, leading many to identify her as reality star Kim Kardashian.

Normally held in early May, the Manhattan soiree on steroids was postponed to Monday with the hope that COVID-19 restrictions would be lifted. The 2020 edition was cancelled due to the pandemic. 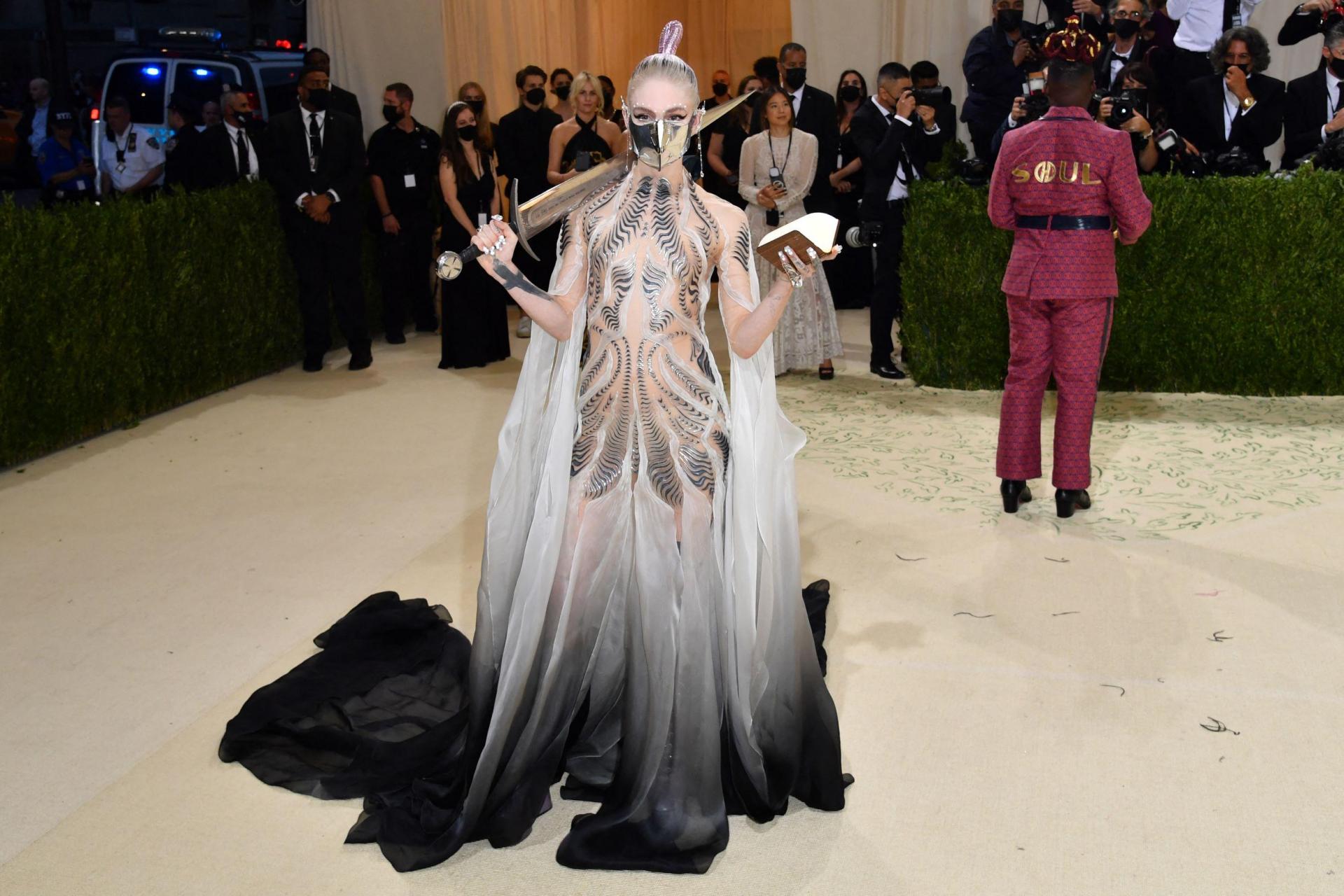 The honorary co-chairs were Anna Wintour, the editor-in-chief of Vogue, who has turned the gala into a global event, designer Tom Ford and Adam Mosseri, director of Instagram, which is sponsoring the extravaganza.

Plans for an opulent spectacle as much of the United States and the world is still reeling from the coronavirus pandemic had risked criticism, but the primary reason for holding the benefit was almost certainly financial.

The Metropolitan Museum of Art's Costume Institute relies on the Met Gala to fund its work, including exhibitions and acquisitions, and the cancellation of last year's event badly damaged its finances.

The bash heralded the opening of the Metropolitan Museum of Art's annual sartorial exhibit, which this year will happen in two parts. 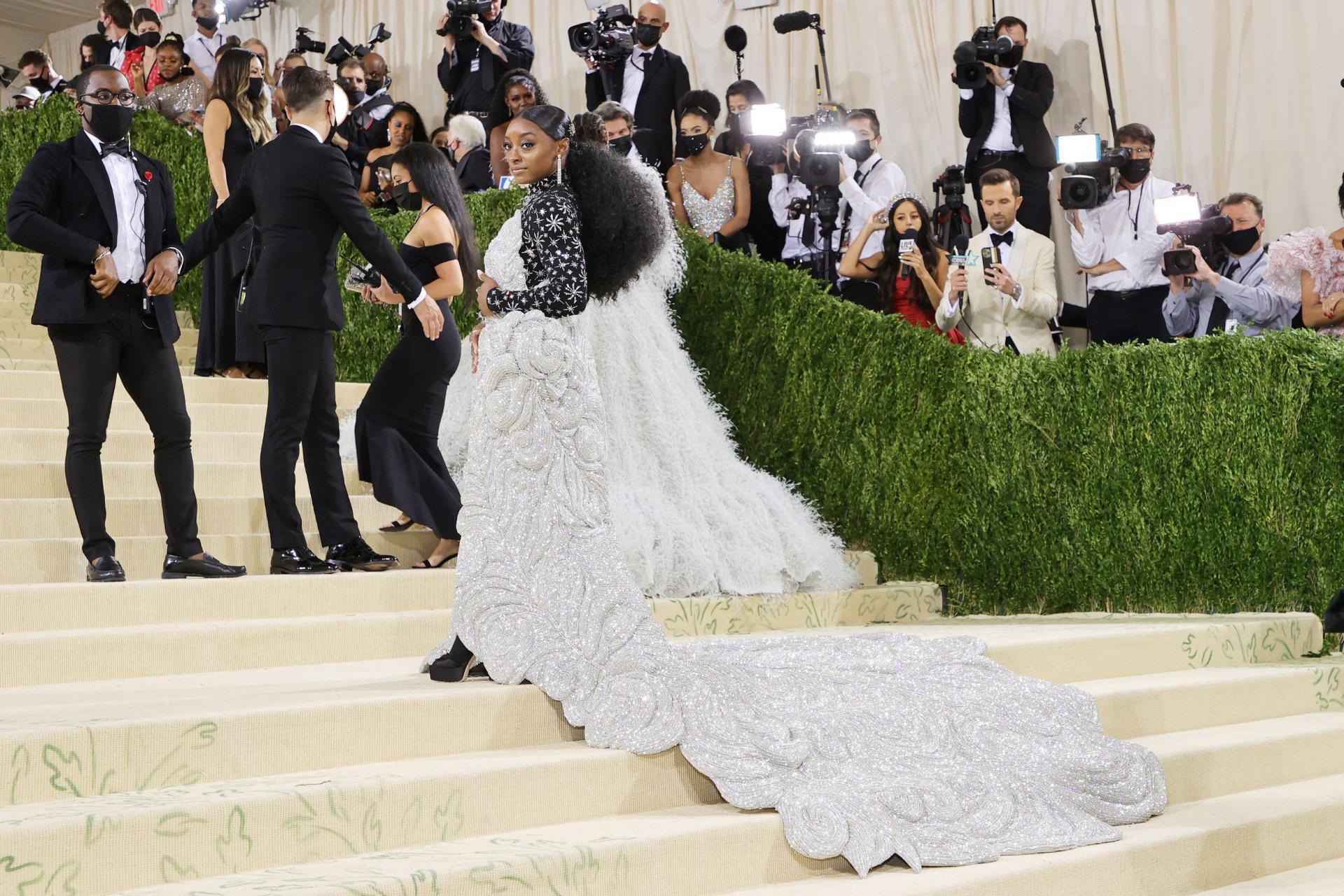 Simone Biles could only climb the stairs one foot at a time and needed six men to help her lift it. Photo: Mike Coppola/Getty Images North America/Getty Images via AFP

The first show, titled In America: A Lexicon of Fashion, is opening to the public September 18 to celebrate The Costume Institute's 75th anniversary.

The second exhibit – In America: An Anthology of Fashion – will kick off May 5, 2022. Both will run until September 5 of that year.

The exhibits themselves will see Costume Institute curator Andrew Bolton continue to explore broad themes – "Camp," Catholicism and China were among the focuses in recent years – rather than offer retrospectives of a specific designer.

The two-part show will assess the state of American fashion – its contemporary players, the industry's identity, and important figures the rarified world of fashion may have overlooked or left out.

Bolton said the exhibit's first stage would focus on modernising fashion vocabulary in connection with "equity, diversity and inclusion”, as part two would see collaborations with American filmmakers to "further investigate the evolving language of American fashion”.