A police raid yielded 53 dead protected birds in a Mosta shop on Saturday.

The raid was carried out by officers of the Administrative Law Enforcement (ALE) unit.

A number of stuffed birds were also found in the shop keeper's house.

The raid was carried out after the police received information about a man who was allegedly taking a dead eagle to the shop in Triq Gużeppi Callus.

The dead birds were found in a freezer at the back of the shop. They included eagles and storks.

A 32-year-old man from Mosta is being questioned by the police. 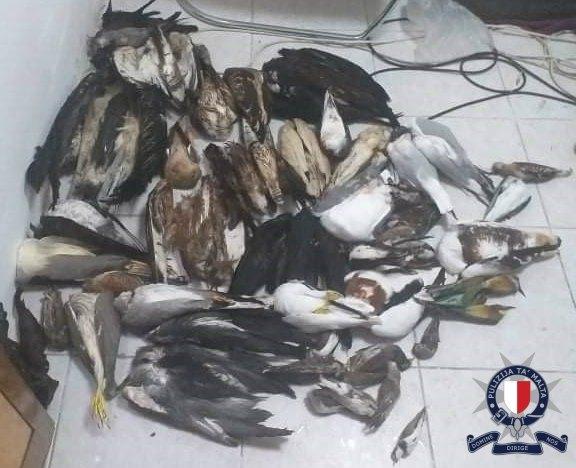