A torrential downpour flooded Msida and other low-lying areas of Malta at midday on Tuesday, causing cars to stall and exacerbating traffic misery.

A few flights were also diverted because of the sudden storm.

The downpour followed a heavy storm overnight. More unsettled weather is expected over the next couple of days, according to the Meteorological Office.

Cloudy weather with showers, possibly with hail, thunder and gusts throughout the day has been forecast.

Several cars were spotted stalled in the floods as the sudden downpour caused misery in the streets.

The Gozo Weather Page said an incursion of cool air from northern Europe will be reaching the central and western Mediterranean where it will clash with very warm sea locally, strengthening a low pressure system.

The warm sea locally will cause the cold front to reach peak activity around the Maltese Islands, sparking potential thunderstorms. 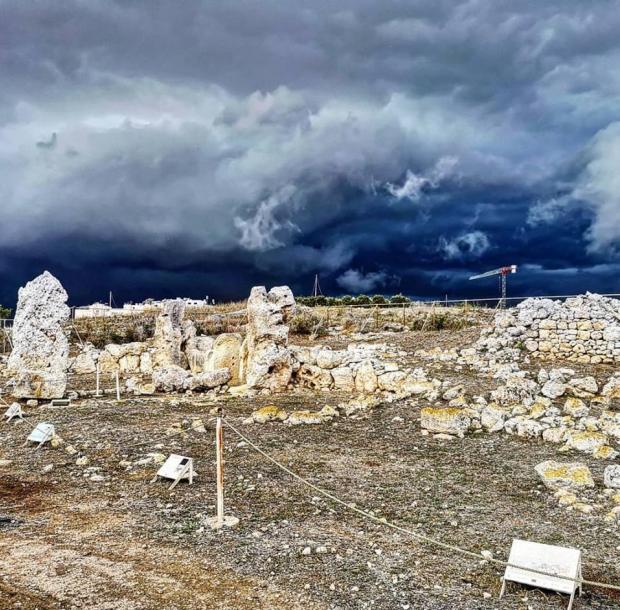 The gathering storm over Skorba temples (Pic by Jeremy Bennett) 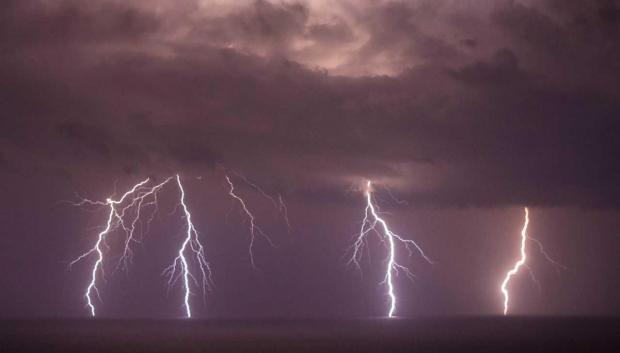 The night storm as seen from Gozo. Picture - Andrea Muscat 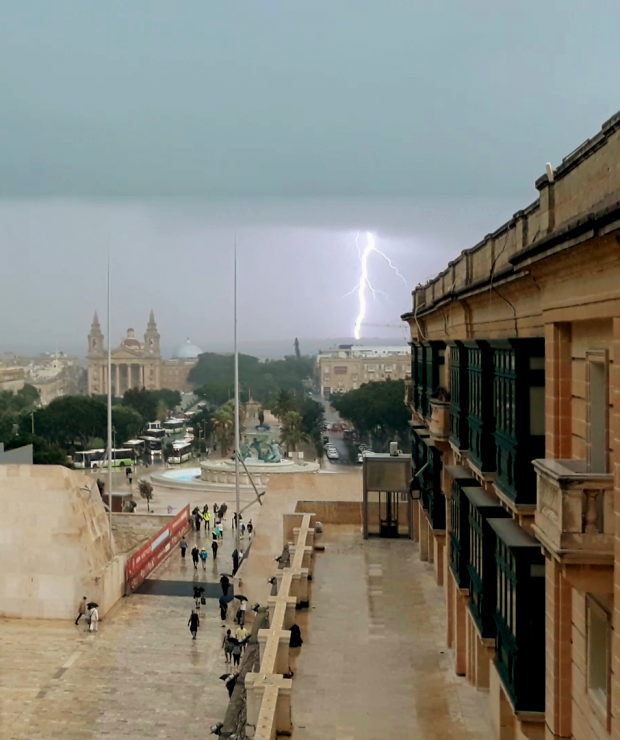 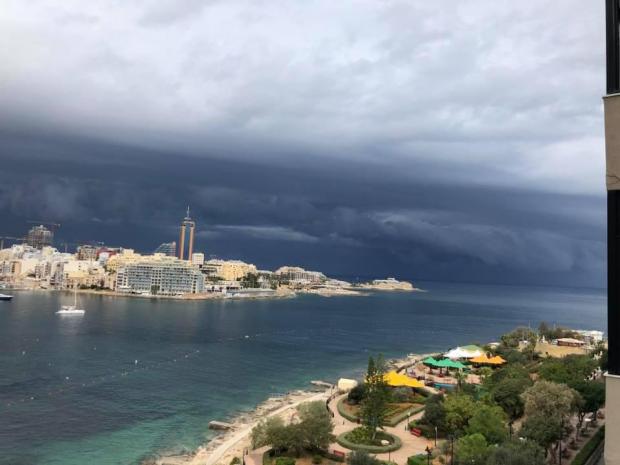