An NGO whose boat has been stranded at sea for six days between Libya and Malta with 32 migrants on board has appealed to EU states to act before supplies start running out.

“We are carrying people who have fled strife. We need help as soon as possible. Countries have a duty to respect the law of the sea,” Ruben Neugebauer, spokesman for the Sea Watch 3, told Times of Malta on Thursday.

The NGO said it had rescued 32 migrants from "an unseaworthy rubber boat" in international waters some 27 nautical miles off Sabratah, Libya. Among the migrants - ranging from Nigerian to Sudanese - are three children and three unaccompanied minors.

“We need a safe port to land. It would be best if we could disembark in Malta or Italy and redistribute the 32 among other EU states,” Mr Neugebauer said. 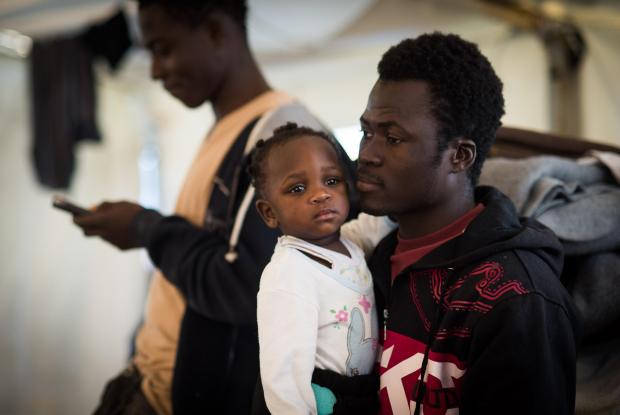 "We understand Malta doesn’t want to be taking in migrants because of its size but there’s the law of the seas where people rescued at sea have to be disembarked at the closest port.”

But the NGO has been especially critical of Germany, which it accused of failing to do its part to help contain the problem.

"This is not a Maltese or Italian border. It's a European border."

So far the situation on board has been calm with the migrants from different religious backgrounds celebrating Christmas together.

“Despite the uncertainty our crew tried to make Christmas as special as possible."

The rescue took place less than 24 hours after another rescue NGO, Open Arms, had taken in 311 people. Both Italy and Malta closed its ports to the vessel, which was then accepted by Spain.

Last July, amid a crackdown on NGO migrant rescue vessels, Malta had detained the Sea Watch 3 vessel temporarily after it had undergone maintenance at a port.

The EU has struggled to find a solution over which countries are to take responsibility for migrants rescued at sea.