Rescuers successfully refloated 28 pilot whales stranded on a notorious stretch of New Zealand’s coast Tuesday, but the mammals remained close to shore and could beach themselves again, wildlife officials said.

The Department of Conservation (DOC) said the long-finned pilot whales were part of a pod of around 50 found Monday at Farewell Spit, about 90 kilometres north of the South Island tourist town of Nelson.

Around 40 were pushed out to sea on Monday evening but swam back ashore by the next morning, with around 60 volunteers helping move the 28 survivors back into the water. 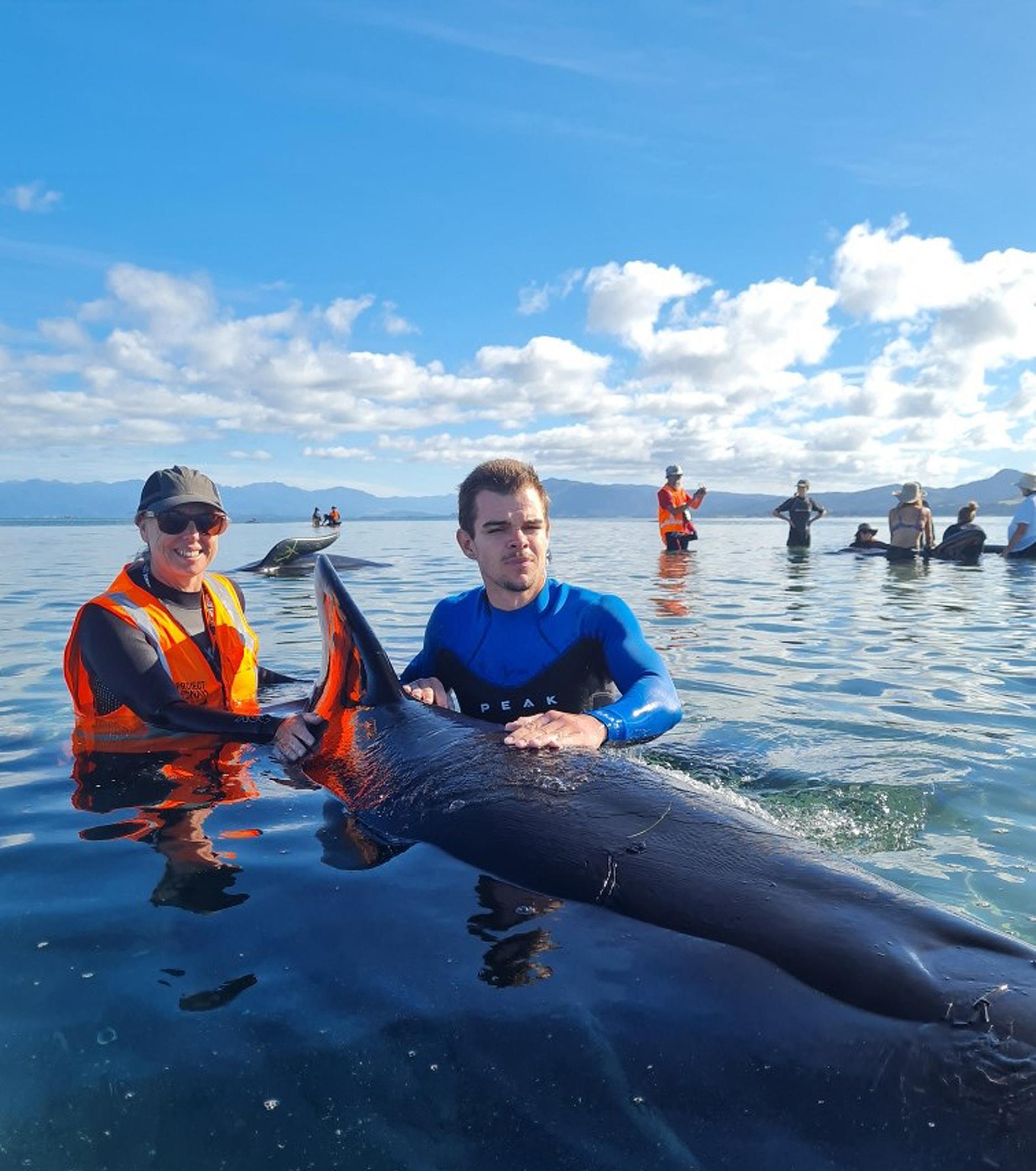 “The whales have been close to shore and it’s uncertain whether they will swim off or possibly re-strand,” a DOC spokesperson said.

“DOC rangers and volunteers remain on-site ready to respond if the whales start swimming for shore and become stranded again.”

At least 15 of the original pod have died.

Farewell Spit is a 26-kilometre hook of sand that protrudes into the sea at Golden Bay.

It has been the scene of at least 10 pilot whale strandings in the past 15 years.

The most recent was in February 2017, when almost 700 of the mammals beached, resulting in 250 deaths.

Scientists are unclear about why the beach is so deadly. One theory is that the spit creates a shallow seabed in the bay that interferes with the whales’ sonar navigation systems.