A strip of land put up for tender by the Lands Authority this month holds the key to plans to build a massive 26-floor hotel overlooking Wied Għomor.

The strip of public land cuts right down the middle of the site where the hotel is planned, in an area that businessman Silvan Fenech of the TUM Invest Group claimed he already fully owns through a declaration to the Planning Authority.

TUM Invest is an offshoot of the Tumas Group.

One source familiar with planning processes said the Lands Authority made it very difficult for anyone other than the developer to bid on. 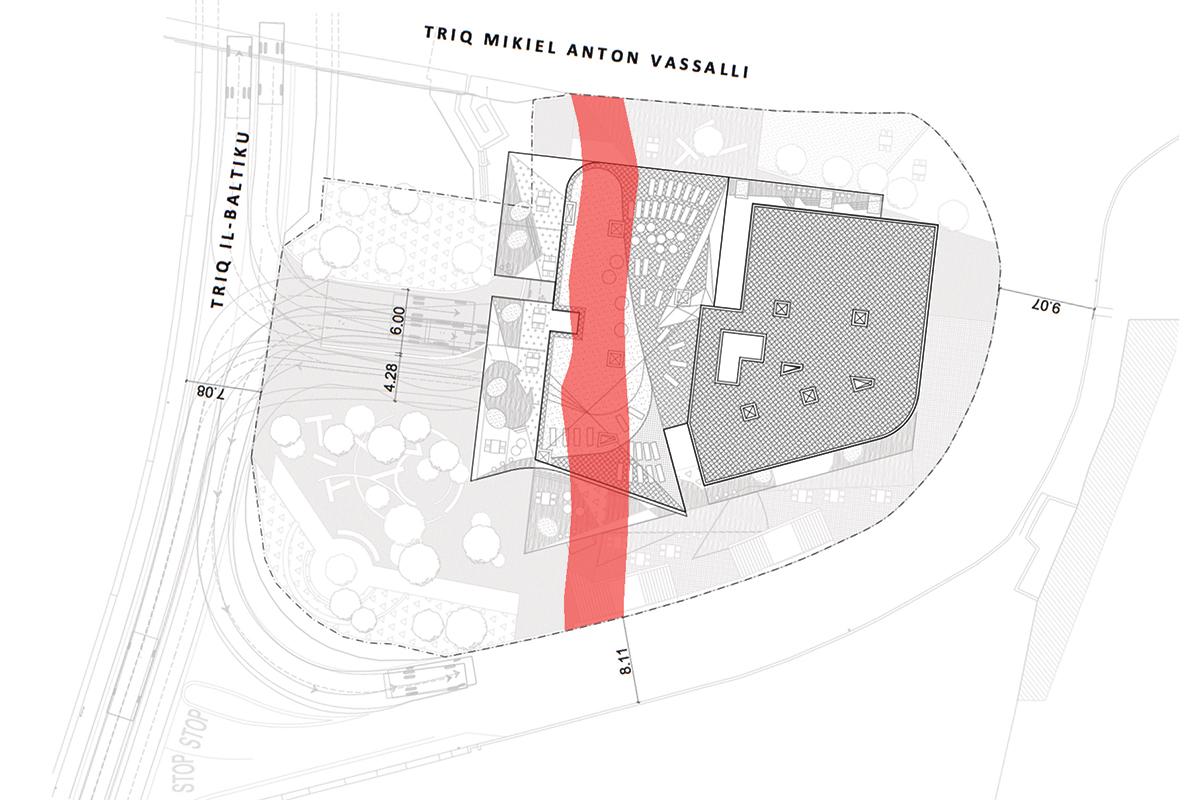 The tender for the public land superimposed over the planned hotel development.

“This tender appears to have been tailor-made by the Lands Authority for the developer. Who else would put up a €14,000 bid bond and a minimum offer of €5,000 for a 45-year emphyteusis for a strip of land that must be maintained exclusively as a green zone?

“It is basically like a game of chess. Once the developer gets his hands on the middle ground, he gets his hotel.”

Another source said the land put up for tender could be used by the developer to satisfy legal requirements to maintain a certain area of open space given the scale of the proposed development.

The planned hotel sits on a site marked in the St Julian’s local plans as a public open space. 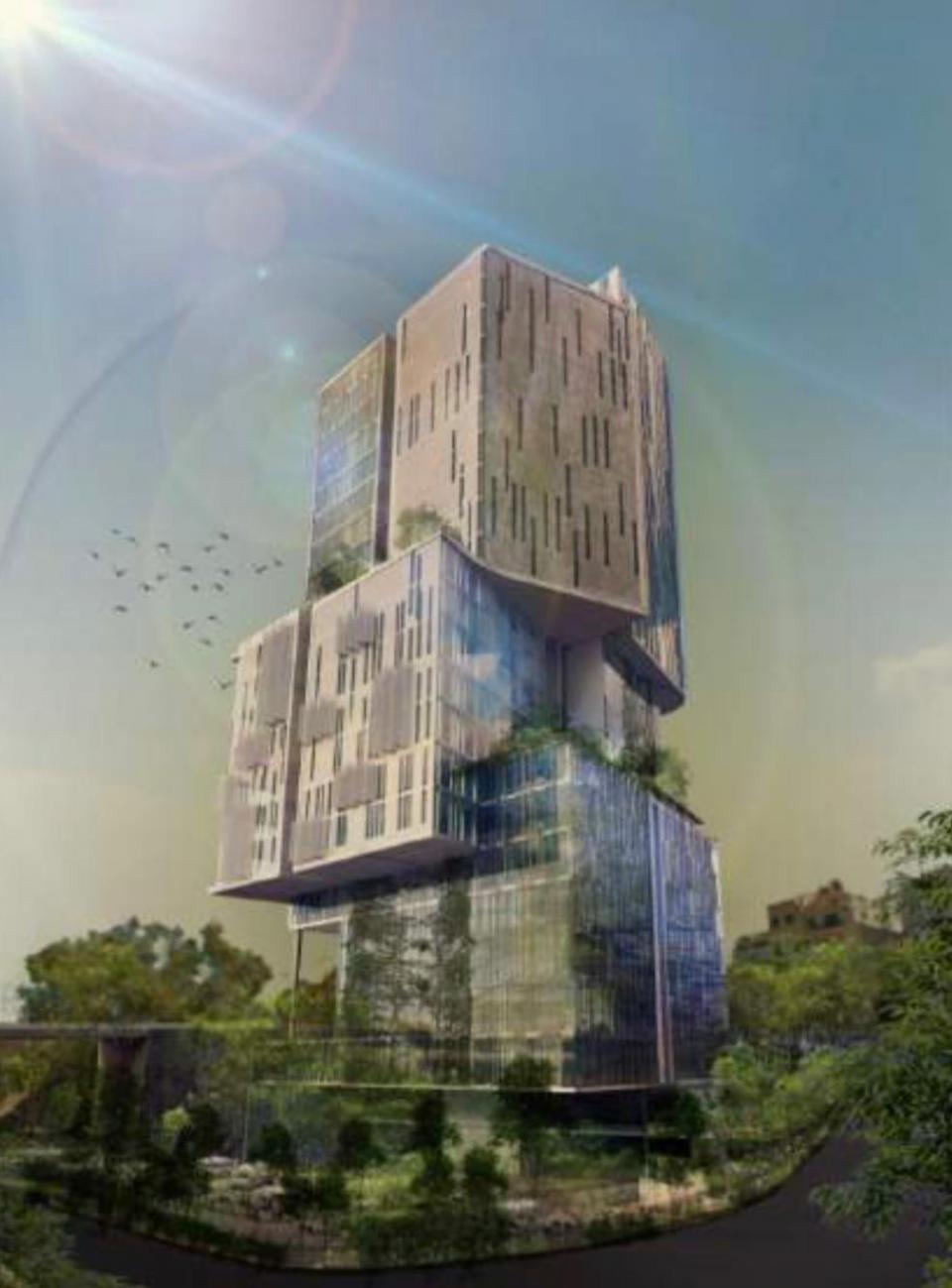 An impression of the proposed building.

A number of indigenous and native trees can be found on the site, including protected cypress and sandarac trees as well as carob and almond trees.

The outline application for the hotel is currently listed as suspended.

Questions sent to the Lands Authority about the reason behind the tender, and to answer to claims that it was done to accommodate Mr Fenech, were not answered.

Another oddity flagged in the development is the fact that Mr Fenech submitted a declaration to the Planning Authority claiming he already owns all the land the planned hotel is on.

Documents from the Lands Authority show Mr Fenech has petitioned for public land on the hotel site to be put up for tender.

Mr Fenech did not reply to a request to clarify his claims of already owning the public land in his application to the Planning Authority. 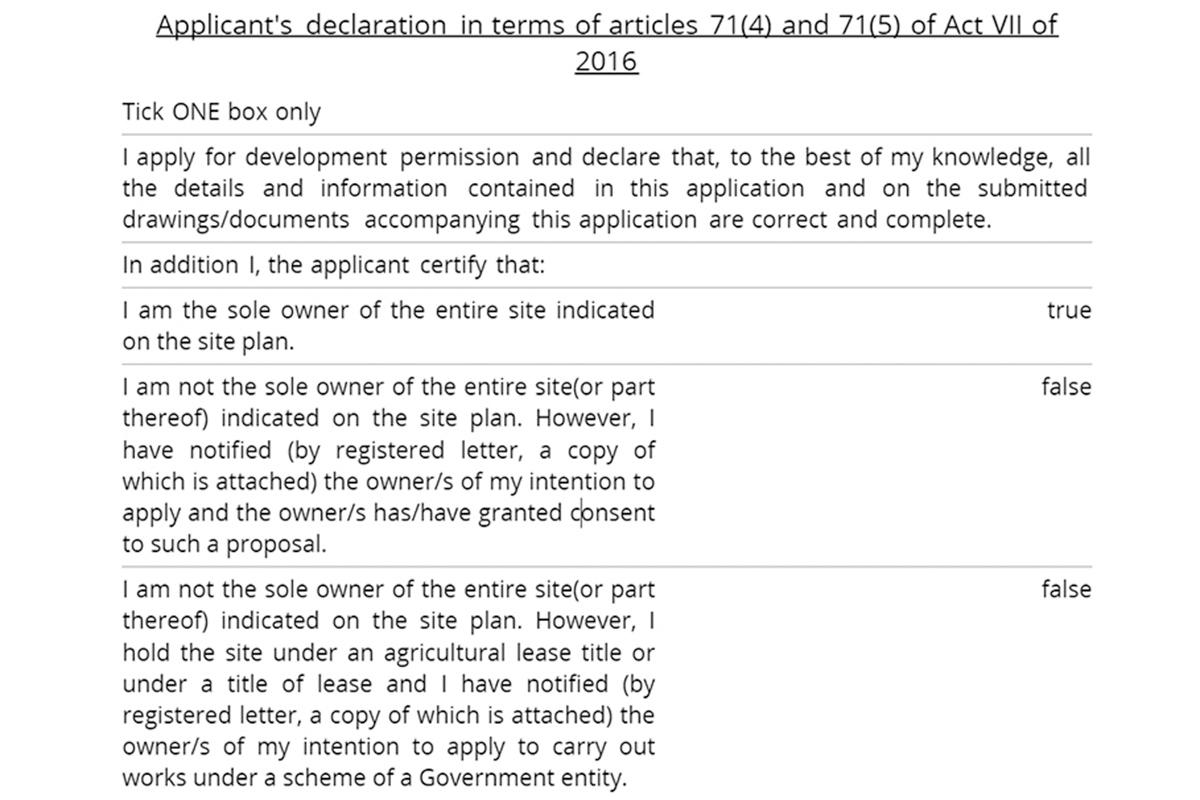 The declaration submitted by the developer to the Planning Authority.

Contacted by The Sunday Times of Malta, his architect Karl Ebejer acknowledged the erroneous ownership declaration submitted to the PA on behalf of his client and said the declaration would be corrected. Mr Ebejer said the Lands Authority was aware of the planned development and had not objected.  Strong objections to the proposed development have been filed by St Julian’s residents and NGOs alike.  NGO Din l-Art Ħelwa said the proposed development is “excessive and inconsiderate” to its surroundings, as it would destroy an integral part of Wied Għomor.

The Planning Authority’s Design Advisory Committee said the extensive height of the proposed structure will negatively impact the surrounding properties and landscape.