Council of Europe parliamentarians who visited Azerbaijan were plied with caviar, champagne and carpets and reported receiving midnight visits from scantily-dressed women, an independent inquiry has found.

The inquiry into allegations of corruption at the Council of Europe’s parliamentary assembly (PACE) concluded there was a “strong suspicion” that some former and current members of the assembly had engaged in “activity of a corruptive nature.” 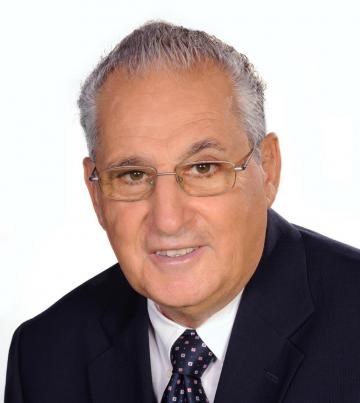 It found that several PACE MPs acted to soften CoE positions on Azerbaijan, with a strong whiff of corruption surrounding at least four members of the Council’s parliamentary assembly – some of whom received payment in kind for lobbying efforts.

Maltese former MP Joe Debono Grech, who served as PACE co-rapporteur for Azerbaijan for several years, was exonerated by the inquiry, which found no evidence linking him to corrupt or inappropriate activity, despite his pro-Azeri stance and “alleged lack of initiative.”

It nevertheless gave the lie to Mr Debono Grech’s 2015 assertion to Malta Today that he had “never received any gifts” from Azerbaijan, with the report writers saying “Mr Debono Grech confirmed having received a carpet as a gift” during a visit to Baku.

Founded in 1949, the Council of Europe is meant to serve as a democratic and human rights watchdog, with its parliamentary assembly made up of MPs from the national parliaments of various member states.

An inquiry into PACE was ordered last year following reports of corruption and concerns that PACE assessments of Azerbaijan were being consistently watered down thanks to “caviar diplomacy” tactics emanating from Baku.

The independent report by a panel of three judges highlights some eye-catching allegations across its 220 pages.

Council of Europe members who flew to Baku enjoyed five-star treatment, with many having the luxury, all-expenses-paid benefits extended to their friends and family.

Planes were “filled with gifts” for PACE members who visited Azerbaijan’s president Ilham Aliyev: a former president of PACE told the inquiry that he had once found his hotel suite “literally full of gifts.”

One Swiss MP was given a pearl and diamond chain during an official visit to Azerbaijan, which she returned. Another recalled a 1am knock on his hotel room door. A bottle of champagne and two young women “barely dressed” waited on the other side.

The Azeri head of delegation to PACE would hand out tins of caviar to PACE delegates, who were also offered carpets as presents – the higher the visitor’s rank, the bigger the carpet.

Nevertheless, the gifts themselves were no smoking gun, the report concluded: the few which were officially reported were “symbolic” in nature and there was no indication that they had been given in exchange for favours or influenced members’ decisions.

The same, however, could not be said for arrangements some PACE members had in exchange for pushing the Azeri line.

Investigators found a strong suspicion of corruption in the way Pedro Agramunt, who resigned under a cloud last year, had risen to become president of the European People’s Party and then of PACE itself.

Italian MP Luca Volonte’ was crucial in undermining a report into political prisoners in Azerbaijan, the inquiry found, and had asked his accountant to prepare bills for payments received for “consulting NGO sector in Azerbaijan” and “promotion human rights, religion freedom and youth policies”, among others.

Mr Volonte’ stands accused in Italy of having received €2.4m in bribes from Azerbaijan. He denies the claims and has been acquitted of money laundering charges.

A German MP who made “frequent unexplained visits” to Baku during his term in office at PACE received more than €800,000 from Azerbaijan through UK-based shell companies.

The inquiry also found that a number of other former PACE members used their honorary badges to enter the assembly and lobby on Azerbaijan’s behalf, breaching their code of conduct.