Litter is found in all the world’s oceans and seas, even in remote areas far from human contact and obvious sources of the problem. According to the International Maritime Organisation, marine litter creates a huge problem in the oceans, with some scientists warning that, by 2050, the quantity of plastics in the oceans will outweigh fish.

Plastic materials in all shapes and sizes can break down extremely slowly in the marine environment. Research by Reddy et al estimated in 2018 that it takes over 400 years.

Marine litter originates from many sources and causes a wide range of environmental, economic, safety, health and cultural impacts. For example, marine litter can harm or kill sea creatures if they eat it or if a marine mammal becomes entangled in litter.

But there are other consequences as a result of all this litter ending up in the oceans and seas. Does plastic affect seawater conditions? 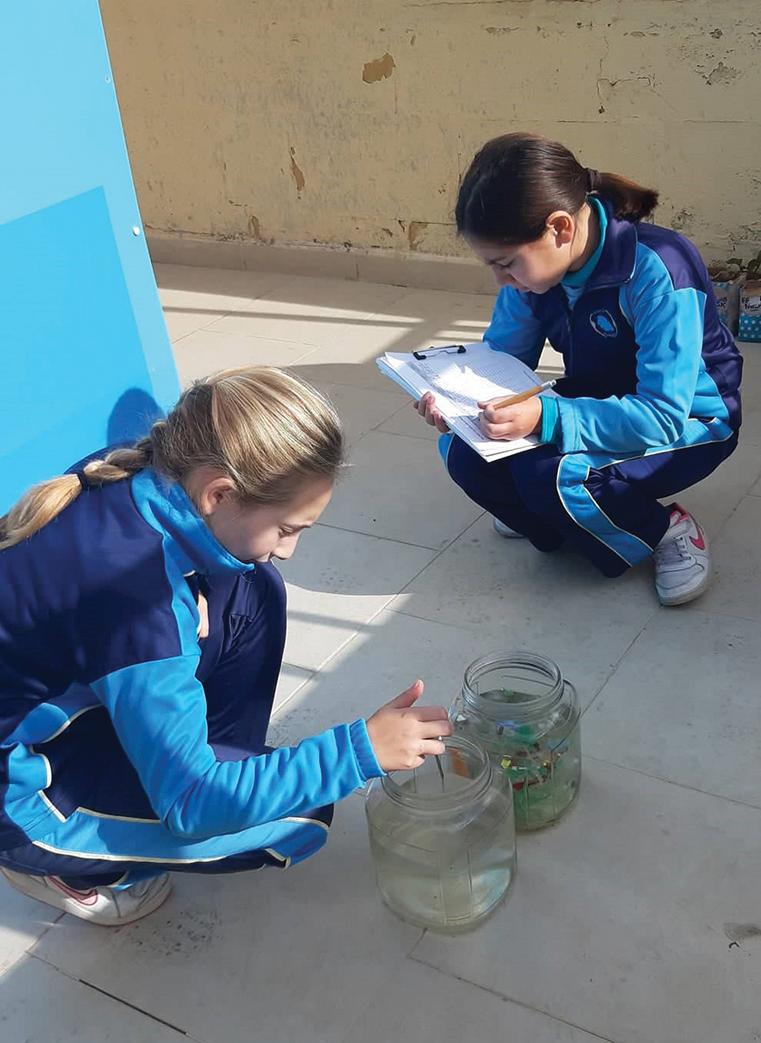 Following an outdoor classroom activity at Ħondoq Bay, a small sandy beach in the southeast of Gozo, students from Gozo College Middle School decided to study the effects of plastic litter on seawater temperature and seawater acidity (pH) levels.

Taking some seawater to school, two large glass jars were filled with the same amount of seawater. Some plastic litter collected during the clean-up activity was put in one of the jars. The glass jars were placed outside, exposed to the sun and rain.

Every day three readings of the seawater temperature and pH level from both jars were taken. The mean of the three samples was calculated. Moreover, the air temperature, humidity and air pressure were also measured and cloud cover observed using the Globe Observer App, also describing the general weather conditions. 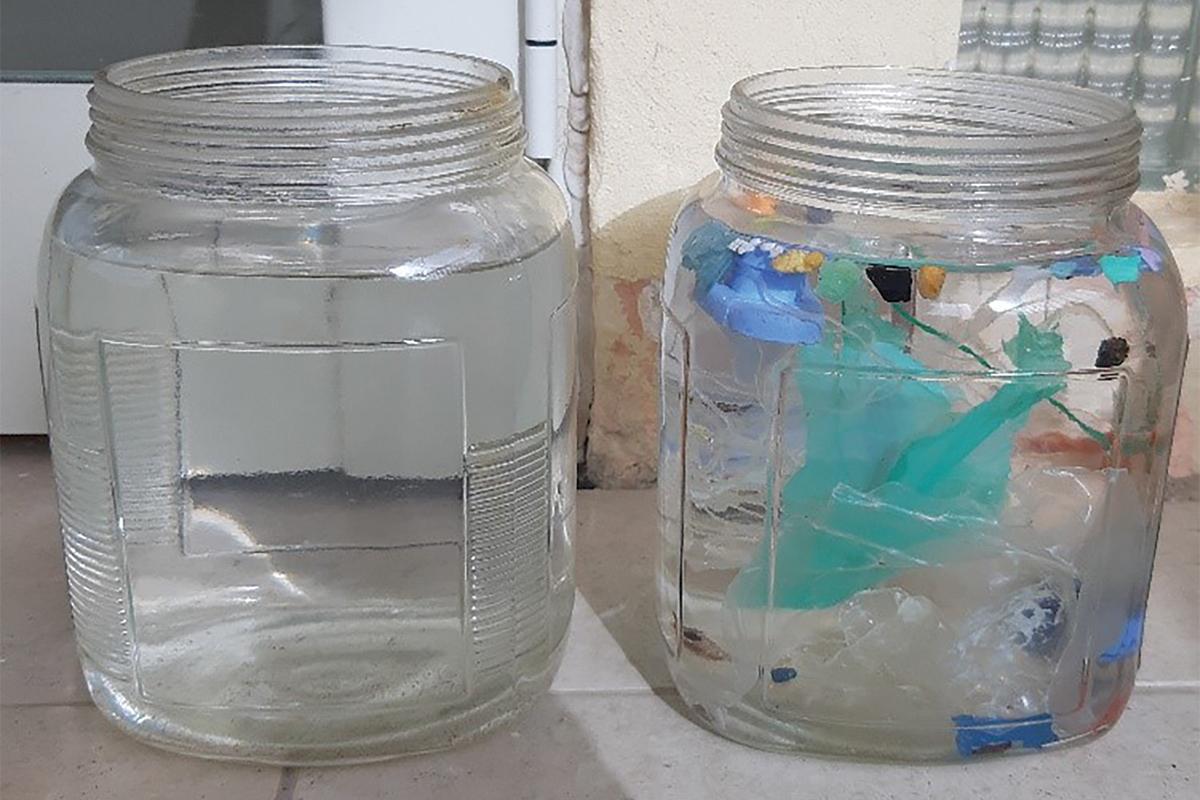 The glass jars filled with seawater.

On average, air temperatures were around the mean, with a slight drop noted on cloudy days.

These results correspond and were sufficient to answer our original questions.

The data collected shows that plastic litter does affect seawater temperature and its pH level. With 23 readings a consistent pattern was noticed.

The seawater in the glass jar containing plastic litter proved to have a higher temperature and a higher pH value when compared to the readings of the glass jar filled only with seawater.

Going a step further after discovering the effects of plastic on the marine environment, Gozo College Middle School Eco-Schools Committee took action… we informed the local authorities and asked them to place more bins in coastal areas.

We also set up an exhibition to explain the effects of marine litter, presenting this investigation, and giving ideas on how to move towards zero waste and take action to get closer to reaching the Sustainable Development Goals, mainly SDGs 11, 12 and 14.

Bamboo toothbrushes and stainless straws were distributed to all studentsand other visitors to the exhibition as a first step towards a plastic-free lifestyle.

This article was prepared by the EcoSchools Committee of Gozo College Middle School.