Even though the summer issue of Treasures of Malta was only available in the first days of autumn, it was a most welcome return. It is a pleasant surprise to keep discovering how the history and culture of these minute islands just keep on giving. 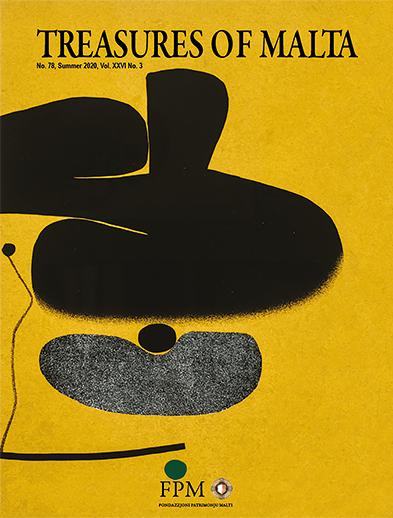 Cynthia de Giorgio writes about the extensive conservation and restoration of the grand masters’ crypt at St John’s co-Cathedral, the last resting place of the first 12 ‘Maltese’ grand masters.

Scientific and technological advances have renewed a site that had much deteriorated, especially due to the fragile stone and the damp atmosphere. The excellent work carried out on the frescoes, the masonry and the marble means that the public can now access the crypt and enjoy it for decades to come.

Before Inquisitor Galeazzo Marescotti left in 1666, he penned down an extensive note for his successor providing solid advice as to how to cope in a potential powder keg of an island with the grand master, the bishop and the inquisitor all vying to show and exert their authority. This precious Instruttione is kept at the Palazzo Falson Historic House Museum. Historian Emanuel Buttigieg assesses this document and the light it throws on the delicate diplomatic role of the inquisitor. Marescotti candidly admits that, since he had received no such help from his predecessor, he had “committed many errors” in his early days.

Victor Pasmore’s years in Malta are important for an assessment of modern art locally. Many contemporary local artists could not help but be influenced by the presence of one of the greatest British 20th-century artists.

Joseph Paul Cassar, professor of art at the University of Maryland and a foremost authority on modern art in Malta, writes about how several artists were influenced by Pasmore. Even before he settled here in 1966, many of them had experienced his art and approach in British schools, an approach which eschewed figurative art and proposed “a new visual language which asked for research, documenting, thinking processes, and investigating issues thoroughly”. Indeed, most of the local forays into abstract art owe much, directly and indirectly, to Pasmore.

A detail of a screenprint by Pasmore graces the cover of this issue, while there is an excellent appreciation of it by Giulia Privitelli inside. 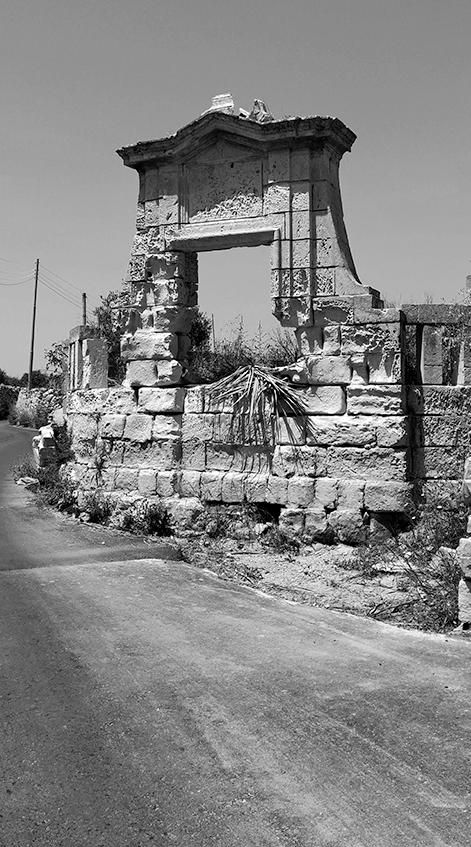 Giovanni Bonello investigates ‘Caravaggism’ in early 20th-century photography in Malta. The powerful play of light and shadow by Maltese photographers resulted in some stunning black-and-white pictures starting from just before  World War I. Such light artists as J.H. Chretien and the photographers of the Grand Studio produced some charming works. Giuseppe Cassar’s Members of the Cassar Family Mourning the Death of a Baby looks like sitters posing for a work by the great master.

Few of Kalleya’s work in clay have survived because of his frugal tendency to use the material over and over again. Moreover this statuette is unbaked and therefore very fragile.

Vanessa Buhagiar focuses mostly on the calligraphy of Notary Brandanus de Caxario’s transcription of Petrus de Caxaro’s Kantilena, the oldest surviving poem in the vernacular. This very innovative approach will lead to a fuller knowledge of our 16th-century scribal culture.

The prolific German researcher and scholar Thomas Freller, who has done so much singlehandedly to discover new German and other European sources of our early modern history, writes about knight painter Giorgio Valperga di Masino.

He might be the individual misrepresented as the Massimi quoted by Goethe who supplied the artist Hackert with a veduta of Cesme, the site of a great naval battle in 1770 between the Russians and the Ottomans.

The Piedmontese knight Masino had sailed with the Russian fleet since 1769 and was present during the battle itself. Freller gives new details about Masino, who also had notable artistic qualities and various vedute attributed to him. He may have also produced the set of Maltese vedute in the Datzingen commandery palace in Germany.

Colin Formosa writes about the local coin known as the tarì introduced by the Order in 1538.  The four tarì coins known locally as erba’ rbgħajja continued to be minted until 1779.

But that is far from all. A perusal of the editorial signals a number of goodies that the FPM has in stock. The much-missed Histories of Malta series by Giovanni Bonello will soon reappear to the enjoyment of many, as well publications on Leandro Preziosi and on the project FPM is carrying out at the Notarial Archives.