A Swedish woman who was sunbathing in Valletta on Friday afternoon had to be treated for injuries after she was physically assaulted by a man who remains on the run.

Anna Karsbjer, 26, says she was beaten in an unprovoked attack and feared she was going to be raped or killed before the assailant fled from the scene.

The police confirmed the report of the attack off Triq il-Lanċa, saying they received the call about the attack at about 2.50pm.

The woman said she was speaking to her father on her mobile phone as she was approached by a man who had a net in his hand and mumbled something about fishing.

Giving an account of her ordeal to Times of Malta, the woman said she asked the man to maintain his distance because of the pandemic.

'I was thinking 'he's going to kill me'': the victim recounts her ordeal. Video: Mark Zammit Cordina

“He went a bit further away and I continued talking to my father again. Suddenly, I feel this man’s feet on my face, I thought he had tripped on the rocks but then he started beating me up really badly,” she said, her eyes welling up.

The victim explained how the assailant banged her head against the rocks and hit her face multiple times for at least one minute as she screamed for help and struggled beneath his weight. Meanwhile, her father witnessed the ordeal as he was still on the line. 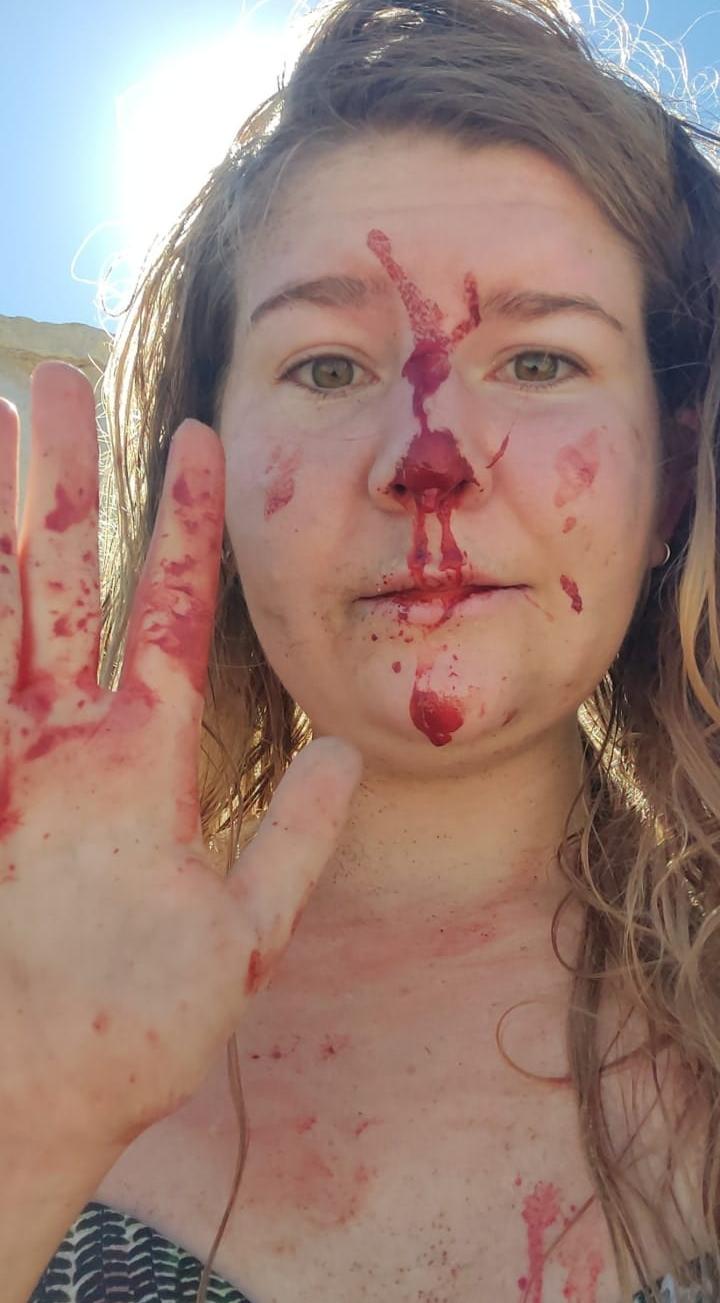 The bloody result of the unprovoked daytime assault.

“I thought my father was literally going to hear his daughter being murdered.”

With nobody in the vicinity, she thought she was either going to be raped or killed, she said.

“I heard people screaming and shouting from the boats going out from Valletta but no one stopped or even tried to help me.”

Then, “all of a sudden, he stopped and climbed up the cliffs to the main road,” she said.

The victim, who has been working in Malta for a year, plucked up the courage to run into the main road, injured and looking for help.

Two Maltese men who were passing by stopped immediately to help her, she explained, and it was at that point that one of the men called the police.

She was taken to the police station in Valletta, where she gave her statement and evidence of her injuries was documented.

She was then taken to the health centre for treatment and escorted home by the police.

Karsbjer described the assailant as a skinny man in his mid-30s with dark eyes, but could not identify his nationality. He had a glazed look, was wearing a striped tank top, was clean-shaven, had a long nose, and teeth “like a goat’s”.

The spot where the attack took place.

On Saturday morning, she sought private treatment at a private hospital where it was established she had a fracture of the nasal bone and given medication for her injuries.

“I would like to get this news out so people know there is a predator out on the streets and that they should never be alone – not even during daytime,” the victim concluded, thanking those who had helped her.

“Please help the police bring this man to justice,” she said, adding it was ironic that the incident happened on a beach when it was Malta’s attractive weather and the sea which lured her to the island in the first place. 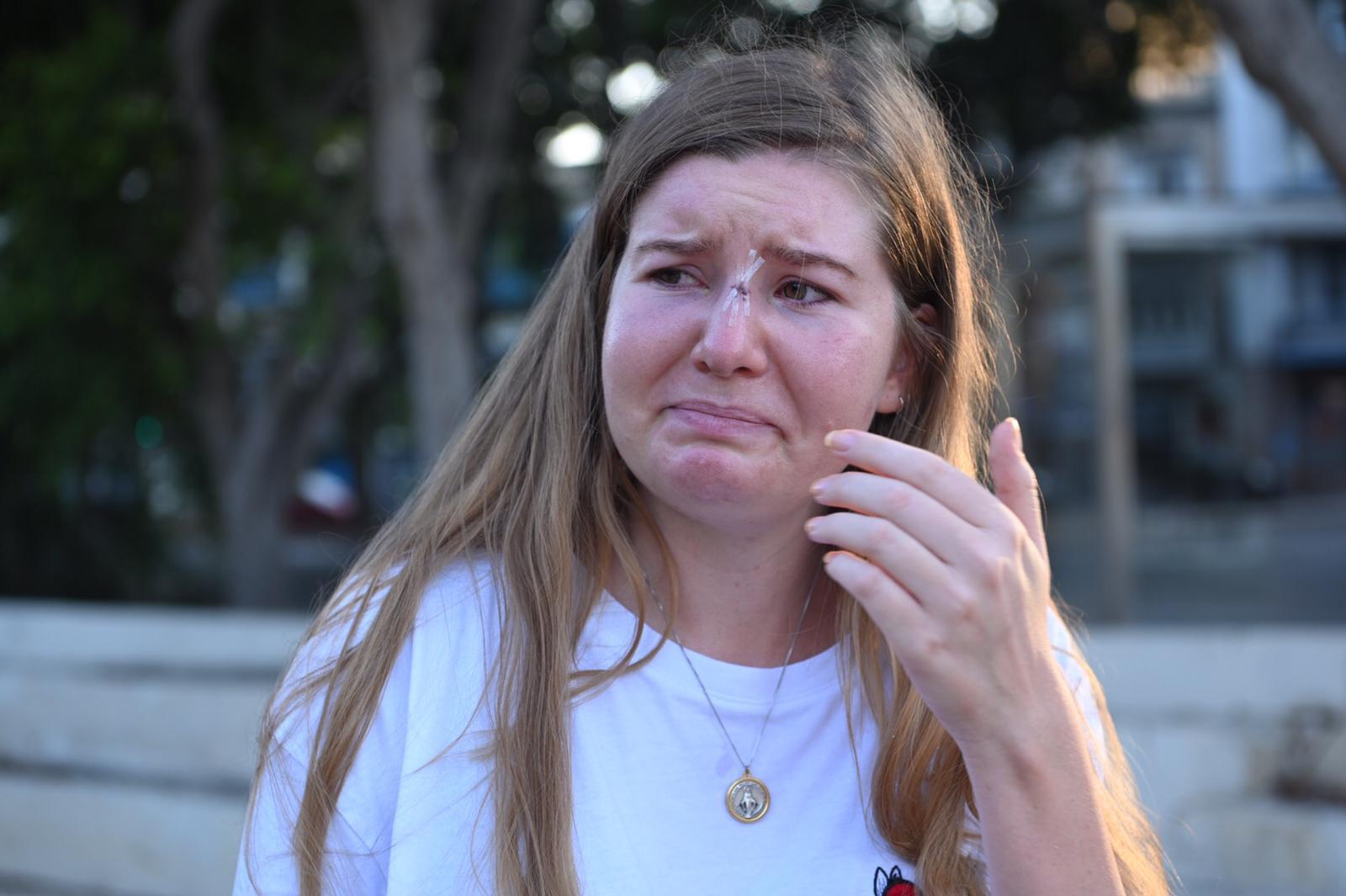 A spokesperson for the police confirmed that the case is being investigated, and that footage from security cameras is being reviewed to identify the assailant.

The aggressor lost his shoes and sunglasses in the struggle.

Times of Malta has offered professional contacts to the victim to deal with the trauma.

If you have been the victim of a crime and need help, contact the Victim Support Unit on 22942160 or victimsupport.police@gov.mt.