Sunday shopping restrictions have been lifted, with retail outlets now permitted to open during this day of the week at no extra cost provided they remain closed on any other day.

Economy Minister Chris Cardona announced the reform during a news conference at the Embassy shopping complex in Valletta this morning.

According to conditions laid out in a legal notice published today and which was not made available to the press, all shops will be allowed to open on Sundays between 6am and 5pm. However, they must then choose any other day of the week on which they shall remain closed, provided they inform the Director of Trade accordingly.

Grocery shops will be allowed to open on Sundays between 6am and 1pm, while businesses wanting to open seven days a week can do so by paying a weekly€700 fee.

Dr Cardona said that Sunday shopping restrictions on shops located outside touristic zones and restrictions related to shop size have been lifted.

Retailers had been complaining that the old regulations were creating unfair competition, he said.

The reform also means that retail outlets may extend their business hours up to 10pm on Thursdays, Fridays and Saturdays without the need for a permit.

Moreover, outlets in the Cottonera area will be allowed to extend business hours in case there is a cruise liner berthed in that part of the Grand Harbour, as is currently the case for shops in Valletta.

Dr Cardona pointed out that apart from the removal of trade licences, shop owners wanting to take advantage of the new extended shopping hours could do so without the need of applying each time.

In the case of public holidays which do not fall on Sunday, the proposal is for all shops to be allowed to open, with the exception of Good Friday.

The news conference was also addressed by Consumer Affairs Minister Helena Dalli, who said shop assistants could refuse to work on Sundays as long as they were not obliged to do so by their employment contract. She added that the new regulations would not affect working conditions.

The President of the Chamber of Small and Medium Enterprises (GRTU) said shop owners were four square behind this reform. He noted that an internal survey had shown that 70 per cent of its members backed the lifting of the Sunday shopping restrictions.

The stand is in stark contrast to that adopted by the GRTU in 2001 when the Bay Street Complex had opened. 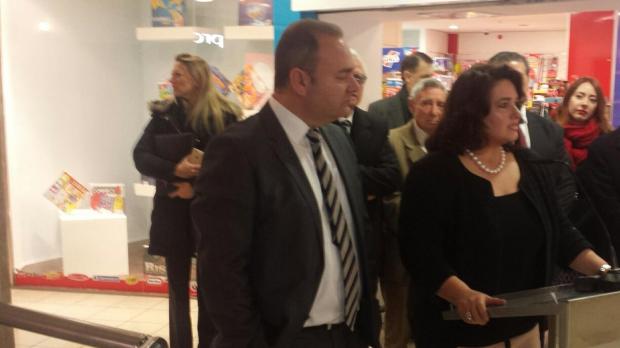