A Mozart sonata that can calm epileptic brain activity may get its therapeutic power thanks to melodies that create a sense of surprise, according to a study published Thursday.

The research on 16 patients hospitalised with epilepsy that did not respond to medication has bolstered hopes that music could be used for new non-invasive treatments.

"Our ultimate dream is to define an 'anti-epileptic' music genre and use music to improve the lives of those with epilepsy," said Robert Quon of Dartmouth College who co-authored the study published in Scientific Reports.

Mozart's Sonata for Two Pianos in D Major K448 is known for its effects on cognition and other brain activity, but researchers are still seeking to understand why.

In this study, scientists played the piece for patients equipped with brain implant sensors to monitor the occurrence of IEDs – brief but harmful brain events suffered by epileptics between seizures.

They found IEDs decreased after 30 seconds of listening, with significant effects in parts of the brain associated with emotion.

When they compared the response to the structure of the work, they found the effects increased during transitions between longer musical phrases – ones that lasted 10 seconds or more.

Quon says the findings suggest that longer phrases may create a sense of anticipation – and then answer it in an unexpected way "creating a positive emotional response".

The so-called 'Mozart effect' has been the subject of research since scientists in 1993 claimed people who had listened to K448 for 10 minutes showed improved spatial reasoning skills.

But the authors said this is the first to break down observations based on the song's structure, which they described as "organised by contrasting melodic themes, each with its own underlying harmony".

As with previous studies, patients showed no change in brain activity when exposed to other auditory stimuli or pieces of music that were not K448 – even those from their preferred musical genres. 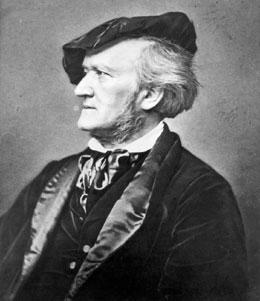 Listening to music by Richard Wagner did not produce any calming effect. Photo: Wikipedia

The patients in this study listened to 90 seconds of a Wagner work characterised by changing harmonies but "no recognisable melody".

Listening to Wagner did not produce any calming effect, leading researchers to home in on melody as important in K448.

The study notes further testing could use other carefully selected pieces of music for comparison to further pinpoint the sonata's therapeutic components.