People stared in amazement in Republic Street on Friday as Daphne Caruana Galizia murder suspect Yorgen Fenech calmly came out of the court house, lit a cigarette and walked along the street.

He was quickly surrounded by a gaggle of journalists who bombarded him with questions.

Other passers-by shouted abuse, such as 'mafia'.

Fenech admitted he was in fear of his life. But, he added: I'm ready to go all the way for justice to prevail and the truth to come out."

The surreal episode took place during a break in court proceedings, where Fenech is asking the court to order Inspector Keith Arnaud off the case because of his close relationship with former chief of staff Keith Schembri, who was also interrogated about the case.

Fenech is currently on police bail, having been arrested in Thursday last week and then released and re-arrested four times.

In court papers on Thursday, his lawyers said he was asking for a pardon in return for information about the case involving Mr Schembri, former minister Konrad Mizzi, Chris Cardona, who moved aside as economy minister, 'and other people close to the prime minister'.

The government has refused to grant him a pardon, the prime minister saying that the police and the Attorney General had advised against it.

Fenech is instead appealing to the President to grant him one.

While Fenech admitted to fearing for his life, no major police security was evident around him.

Fenech later went home but a judge ordered him back as his lawyers launched an official complaint over the terms of his police bail. They pointed out that he had been released and re-arrested several times over the past week but the court required an "effective release" after each 48 hour detention.

The complaint was later dropped as it was considered to be too dangerous for Mr Fenech to return to Valletta while there was a protest outside. 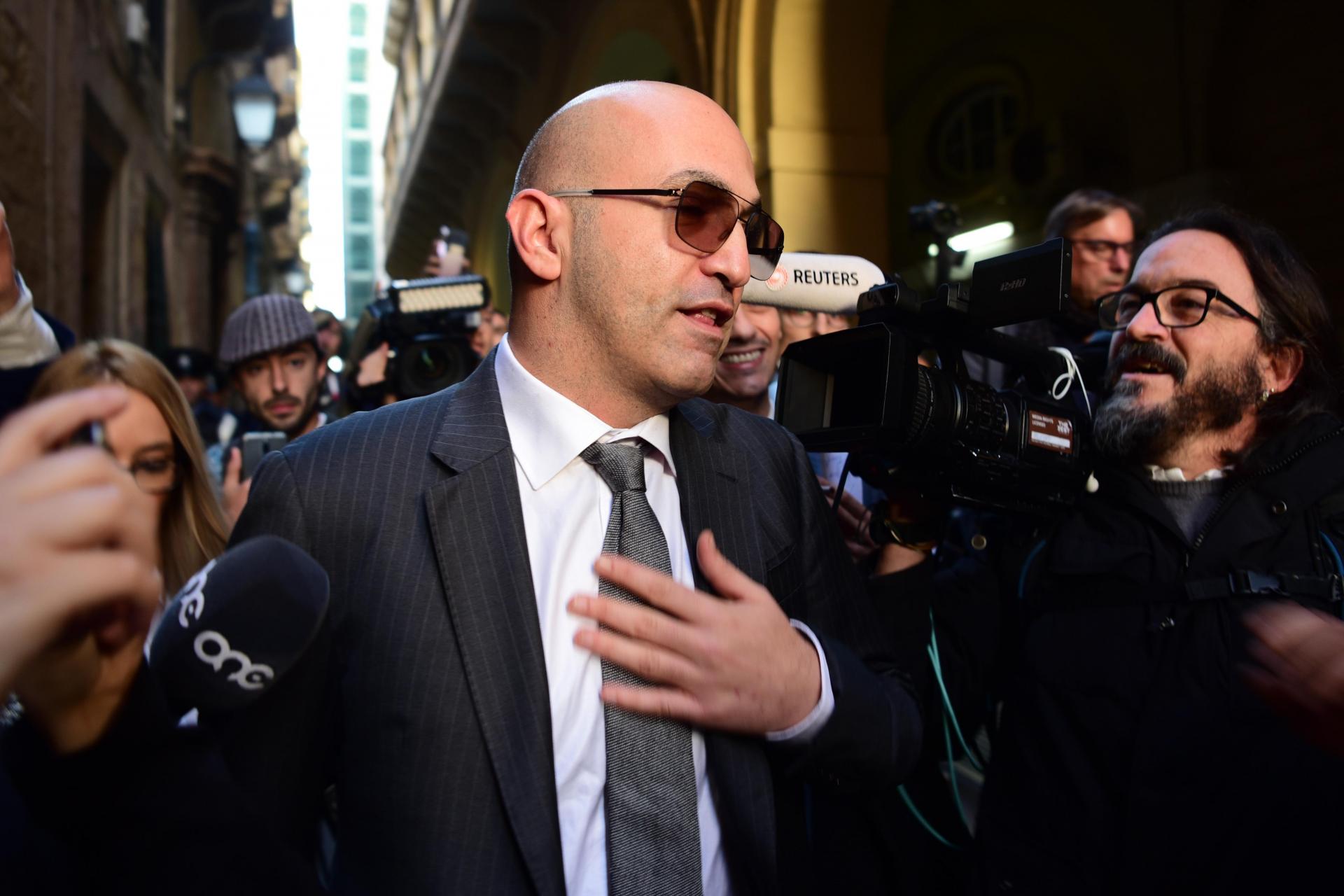