The Grand Harbour has performed badly in a survey of air quality near cruise ships, according to a survey by an alliance of environmental organisations. (see www.NABU.de/mediterranean-eca )

NGOs from the Mediterranean and beyond are pushing for maritime emission controls for sulphur (SECA) and nitrogen oxides (NECA). The campaign is being led by the German Nature and Biodiversity Conservation Union (NABU).

The NGOs, which include BirdLife Malta, earlier this week met in Rome and adopted a declaration to designate the Mediterranean Sea an Emission Control Area (ECA) to limit air pollution from ships.

READ: Project aims to cut air pollution from ships in the Mediterranean

Spokesman Leif Miller said it was unacceptable that people and the environment in Southern Europe still suffered from the marine sector’s exhaust gas emissions while the Baltic Sea, North Sea and English Channel had much tighter standards in place since years.

Campaign spokesperson Daniel Rieger said: “We cannot accept any excuses for a further postponement of tighter emission standards for ships in Southern Europe as major shipping routes from Asia to Europe cross the Mediterranean Sea and ship traffic is expected to grow by up to 250% until 2050.

"Moreover we face a situation where the region is home to some of Europe’s most popular cruise destinations with a steadily increasing number of calls and subsequent local air pollution problems. Also intense solar radiation, especially during summer time, in combination with air pollutants causes health damaging smog and ground-level ozone.”

BirdLife Malta has written to Transport Minister Joe Mizzi highlighting its concerns about air pollution from ships and calling for action by Malta. 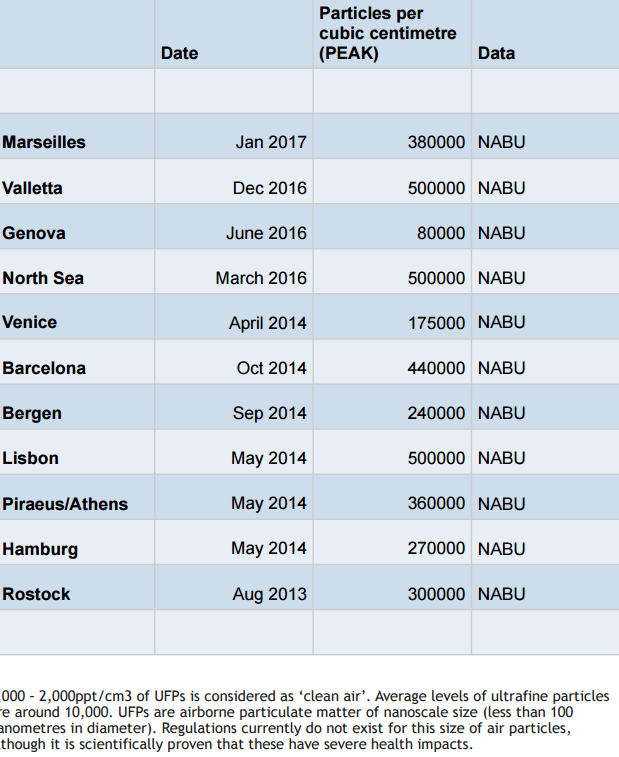