Questions have been raised with the European Commission over a “suspiciously easy” exam set for Maltese trappers that was also shared among them in advance.

Last week, Times of Malta reported that the government has informed Brussels it intends to continue to allow trappers to catch protected songbirds, saying this helps collect scientific data on species’ migration.

The move came despite the European Court of Justice in 2018 effectively banning the long-time practice in Malta of trapping protected songbirds.

One of the government’s arguments to Brussels in defence of its ‘capture and release’ study was that trappers had to pass an exam before being eligible to take part.

Times of Malta is informed that the European Commission has received an anonymous complaint about how the exam was “suspiciously easy” and that it was shared in advance among trappers on social media back in September when it was conducted.

The one-page test includes two sections, one of which simply asks the applicant to copy down numbers and letters shown on pictures of different bird rings.

The second section is five multiple-choice questions such as “The research on songbirds will run from 20 October to 20 December. Yes or No?”

In 2018, the ECJ declared that, by allowing the live capture of seven species of protected wild finches, Malta has been failing to fulfil its conservation obligations under the EU’s Wild Birds Directive.

The Maltese government has, however, argued that one of the main reasons cited against allowing a season is the apparent lack of scientific data on bird migration.

Conducting a ‘capture and release’ study during migration would therefore provide a better picture of bird migration numbers, it argues.

BirdLife Malta and its partners across the European Union have condemned the move, arguing that it is unlikely all the trapped birds would actually be released and that it encourages countries to allow the illegal killing of wild birds under the guise of science. 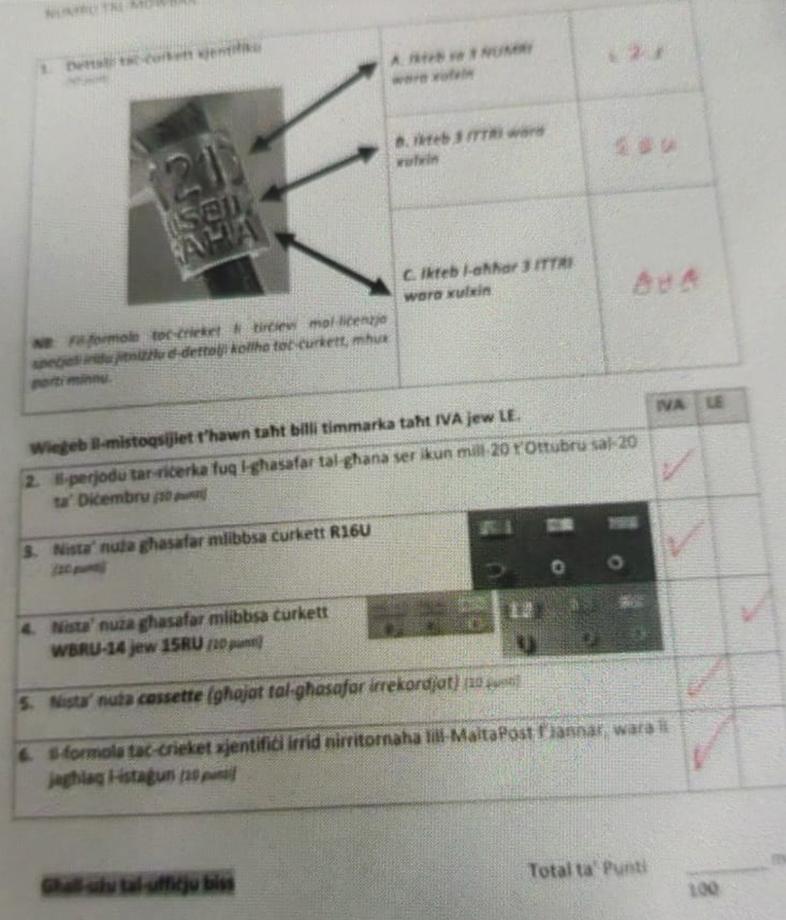 A copy of the test was circulated on social media among trappers.

Would you pass the test?

The first section of the exam simply asks trappers to write down the numbers written on different bird rings.

In the second section, trappers are asked to respond ‘yes’ or ‘no’ to five questions. The questions are:

1) The research on songbirds will run from 20 October to 20 December. Yes or no?

4) Can I use a cassette (pre-recorded bird caller)? Yes or no?

5) The scientific formula on which data is collected must be returned to MaltaPost in January after the season is closed. Yes or no?