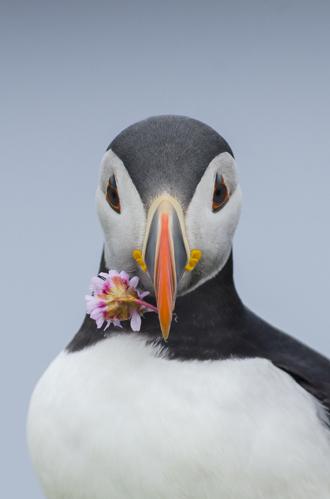 Johan Siggesson, a Swedish photographer who lives in Malta, has been named Scottish Nature Photographer of the Year for his photo of a puffin on Fair Isle.

The picture, of a puffin with a flower in its bill, also won the Wildlife Portrait Category in the Scottish Nature Photography Awards.

Mr Siggesson said: “When I came across this Puffin on Fair Isle, I couldn’t resist thinking that he must have some kind of hidden agenda. He looked so human with the flower in his bill. Exactly like he had been out doing something he wasn't proud of and was now on his way home to ask for forgiveness.”