There is nothing more relatable than realising that you share experiences and cultural eccentricities with others. Whether good or bad, we all like to nod in acknowledgement of certain attitudes which we’ve seen develop first hand. Studio 18 has teamed up with The New Victorians to create a song-cycle in musical theatre style, which deals with the often-frustrating rat race that is growing up in Malta.

Opening the season at Spazju Kreattiv this year, System takes a look at the often claustrophobic and over-scrutinised process of living in Malta. Being a teenager on this island is tough: juggling other people’s expectations, while struggling to define yourself in a society that pigeon-holes you from the day you’re born is exhausting at the very least, but it has much deeper repercussions which will weigh you down unless you’re strong enough to either reject or overcome them.

A crisp black and white set illustrates the harsh realities which teens have to face, presented in the format of a clinical game show where a disembodied voice (Lara Agius) explains, instructs, directs and criticises. The characters become contestants in a game of life, where survival of the fittest depends on knowing and following the rules. The problem is, of course, that there are many square pegs in round holes – pushed there because they’ve always been told how to behave and how things are done, often without reason and never because they necessarily wish to do so.

Rebecca Attard and Ella Coppini are the Dangerous Duo, who together with Donna Discipline (Katrina Demarco), Clamitous Chris (Andrew Micallef) and Giddy Gail (Kyra Lautier) take the audience through thegame show’s rules, along with the Voice.

Theirs are tones of obedience and adherence to the rules, but not disappointed like Nicky Gambin’s Compliant Carl, whose song Boxes is all about ticking many but never quite filling any... about feeling like a fish out of water even though you struggle to fit in; something that Fragile Faye (Martina Cuschieri) poignantly sings about – decrying a society which shames you when you try your best and it still isn’t enough. 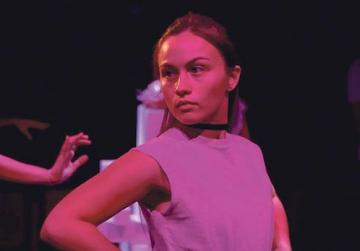 Dissenters like Feeble Frank (Yandrick Agius) and Bully Bruce (Remy Azzopardi) both miss out on moving forward in the game as punishment for not sticking with the programme, while two top scorers, Mature Moira (Rachel Fabri) and Brother Ben (Neil Zahra), are inducted into their new roles as they move up a level – Moira to the highest, fifth level by becoming “Mummy Moira” and Ben to the third level, by becoming a role model.

This kind of ensemble piece brings together the qualities of a strong backing creative team, with artistic direction in the hands of Jean-Marc Cafà, putting the cast through their paces with rigorous attention to detail. They give life to The New Victorians’ (Philippa Cassar, Bettina Muchmore) musical numbers and concept – with many of the lyrics based on discussions with the performers themselves and workshopped over a rigorous summer period.

Samuel Cassar’s set, designed on the concept of a giant Jenga game – where everything is precariously balanced to satisfy everyone but the contestants themselves – is complemented by Chris Gatt’s light design. 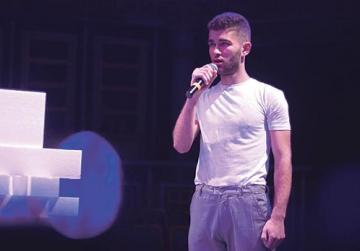 With vocal consultation by Fabri, who also shines as Moira, and incredibly tight choreography by movement director Christina Cauchi, System takes a clever concept further, drawing attention to the pressure-cooker insularity of an island obsessed with overachievement, but slave to rigid societal norms and prone to harsh judgement.

The song cycle takes us on a rollercoaster to memories flashing across our Maltese lives from birth to adulthood. What roles do we want for ourselves, detached and uninfluenced by the guilt that haunts us from cradle to grave to do better and be better, act better, appear better and, most of all, never to disappoint? This is what System asks.

Certainly a good performance to watch and learn from: can you beat the System before it updates you?

System is being staged at St James Cavalier today and tomorrow at 8pm.