Thousands of people pass by Ta’ Braxia Cemetery at Pietà and, unless there is one of the frequent bumper-to-bumper collisions near its entrance gate, very few rarely look beyond its surrounding walls.

Ta’ Braxia was commissioned at the time of the Crimean War, in 1856, as the existing burial grounds and cemeteries available for non-Catholics, in particular the Msida Bastion, had reached full capacity. The cemetery was designed by Luigi Emanuele Galizia (1830-1907) in 1856, the Works Department’s 25-year-old architect. It was his first commission. 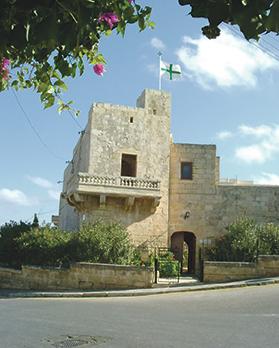 On Tuesday Conrad Thake will be delivering a lecture at Castello Lanzun, Triq is-Santwarju, Mensija, San Ġwann during which, he will not only give details of the building of the cemetery and its architectural merits, but also discuss the challenging religious and political context during the mid-19th century and the determination of Governor Sir William Reid to bring the cemetery about “for all denominations without distinction of creed”.

The event forms part of Castello Lanzun Lecture Series organised by the Grand Commandery of the Castello, a jurisdiction of the Military and Hospitaller Order of St Lazarus of Jerusalem as part of its charity fundraising activities.

The new garden cemetery was to be managed by a statutory body, the ‘Ta’ Braxia Committee’, which was funded by a yearly vote. Ownership of the ground was passed to the Maltese government between the wars. A wide range of Christian denominations and other religions are represented. The lecture will set the main subject against a background of what was happening in Malta at the time.

Thake is a practising architect and architectural historian.

He has authored and coauthored many works on Malta’s architectural past. Seat reservation against a donation of €18 per person can be made via e-mail addressed to alandavidmiller56@gmail.com or call on 7996 5432 by tomorrow. Dress code is smart casual.

After the lecture, which starts at 8pm, attendees will be invited for a drinks evening with a selection of finger foods.

Thake’s book on the subject will be available for purchase.