The death of a four-year-old boy and the hospitalisation of a three-week-old baby from meningitis sparked concern among many. Is there any cause for alarm, asks Joanne Cocks.

The answer, quite simply is no. Doctors and the health authorities have said that the two cases are in no way connected or related even if the public assumed there might be an outbreak only because two cases were reported at about the same time.

Bacterial meningitis is serious, and can be fatal without prompt antibiotic treatment, which if delayed increases the risk of permanent brain damage or death.

Prof. Grech explained that the common types of meningitis are viral and bacterial. Put simply, viral meningitis usually gives fever, a headache, photophobia (discomfort or pain to the eyes due to light exposure) and neck stiffness such that the individual is unable to bend the neck forward so the chin can come close to the chest. No treatment is usually necessary except supportive: treating the pain and drinking lots of fluids.

Of the more common types of meningitis, bacterial is the most dangerous as this may be fatal or leave permanent consequences such as deafness. Bacterial forms are mainly haemophilus influenza B (HIB), which is covered by the 5 in 1 vaccine that is given at two, three and four months of age; pneumococcus, which also causes respiratory disease such as pneumonia, and meningitis and meningococcus.

Younger individuals, with a “naturally more immature immune system are likelier to get these conditions,” according to Prof. Grech. 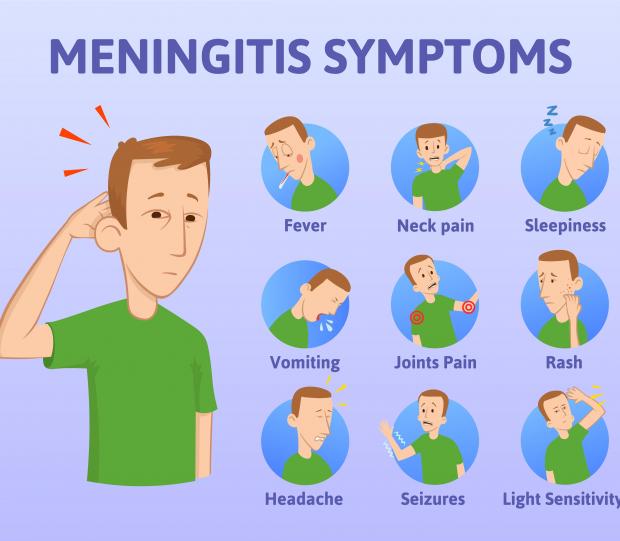 What are the precautions which can/should be taken?

Another important precaution is to avoid crowds whenever possible and not sending very sick children to school. Sometimes no rocket science is involved, just common sense precautions.

“There is currently no such outbreak. They were two unrelated cases”

Careful handwashing helps prevent the spread of germs. Children can be taught at a young age to wash their hands often, especially after using the toilet, before eating, petting animals and spending time in crowded places.

Sharing drinks, foods, straws, toothbrushs and lip balms, among other things, is not encouraged. It is also important to cover mouth and nose when coughing or sneezing.

“There is currently no such outbreak. They were two unrelated cases. The public has assumed that there is an outbreak. I have even heard the word 'epidemic' bandied around,” he said.

“I genuinely wish parents would follow vaccination advice and that panic is not engendered where it is unwarranted,” he added.

Seek immediate medical care if there is: