In the run-up to the third annual Estonian Film Festival at Spazju Kreattiv, Estonian Ambassador Celia Kuningas-Saagpakk chats to Laura Swale about sharing stories through film, and extends a hand of friendship ahead of her arrival in Malta.

Madam Ambassador, The Estonian films being shown this year at Spazju Kreattiv tell touching and powerful stories. Why were these particular films chosen to represent your country?

Well, we are pleased to be organising this festival for the third time, and our goal has always been to select movies in such a way that we bring something for everyone. I am very grateful to Spazju Kreattiv because they do not set any boundaries and are open to all our recommendations. So we always try to select a movie for kids, then something about Estonia and our history, and then movies with universal stories that would touch everyone in any society.

This year I am particularly pleased with our choices, as we are really offering stories which, in my opinion, are also very relevant for the Maltese.

Our choice for the opening film, Take It or Leave It, is the story of an unwanted child being born into this world, with a powerful performance from the talented young Estonian actor Reimo Sagor. I am confident that you will find his performance wonderful and the story will remain in your thoughts for some time.

Fire Lily is also about family, children, and how we deal with unexpected events in our lives. As Estonia has a long-standing tradition of puppet films, of which Morten and the Spider Queen is an excellent example, we chose this film for kids. 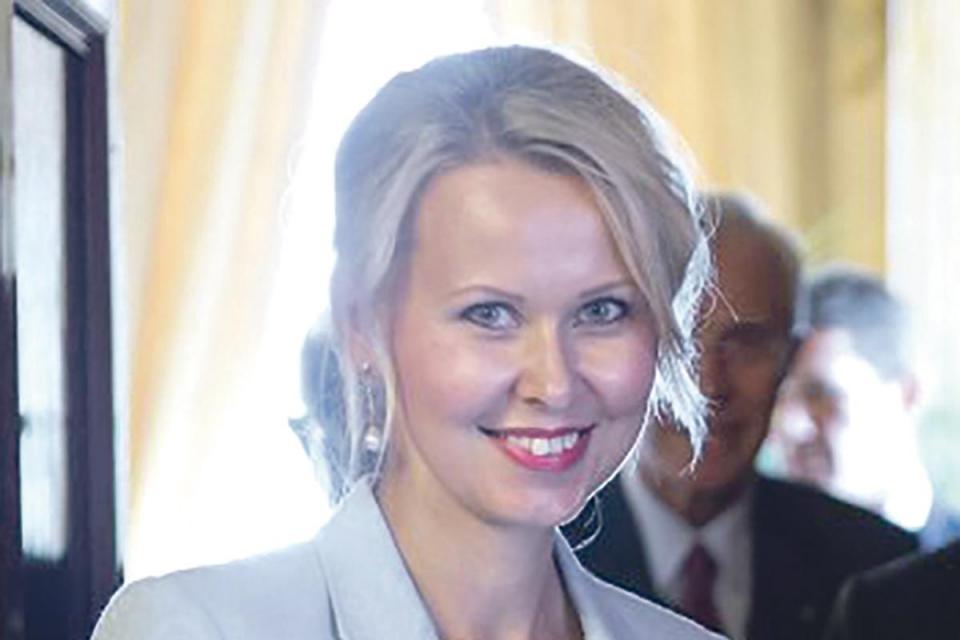 Rodeo: Taming a Wild Country, a documentary, introduces Estonia very directly by taking the viewer to Estonia in 1992, when the country was newly independent and the government young and inexperienced. If this story doesn’t convince you that we must help all emerging democracies, then I don’t know what will.

What would you like people in Malta to know about your country and its storytelling tradition?

I would like the Maltese to learn more about our history, which affects us in terms of the way we think. Our way of storytelling is very often to speak through being silent; we can be very phlegmatic and introverted, even in action scenes.

I would love for you to see that we are very similar in so many ways.

Why is it important to you that people here experience Estonian films?

Most people have not been to Estonia and know very little about it. The films give the Maltese people a glimpse into Estonia, which will hopefully spark a greater interest in learning more about or even visiting the country. During the summertime we are very well connected with direct flights.

Consider these film days our invitation to you all to visit Estonia! We can offer endless walks on the beach where the sun almost never sets and excellent trails in the swamps and forests. Estonia is one of the most sparsely populated countries, so there is lots of space for everyone. In short, you have countless opportunities to enjoy nature.

If you need to find your ‘zen’, or experience a fairy-tale snowy Christmas, then you may well find it in Estonia.

What would you say to the cinema-going audience in Malta to entice them to watch the films being shown this year?

Morten and the Spider Queen is a rare gem. It is a stop-motion animation in an era when most animation is done with computers. The puppets and sets for the film are all hand-made, and the production, which was a collaboration between Estonia, Ireland, Belgium and the UK, took six years. It is the biggest international collaboration in Estonian film history.  It’s also a good way to introduce kids to movie-making magic. May­be they will be inspired to make a movie at home with their toys.

Rodeo is such a compelling documentary that at times it feels like fiction. It also vividly illustrates why we help other countries when their democracy is still weak. This investment may very well bring you a good friend and nice neighbour for a rest of your life.

Take It or Leave It addresses a very universal theme that parents everywhere can relate to – are you ever really ready to have a child? I love this movie! 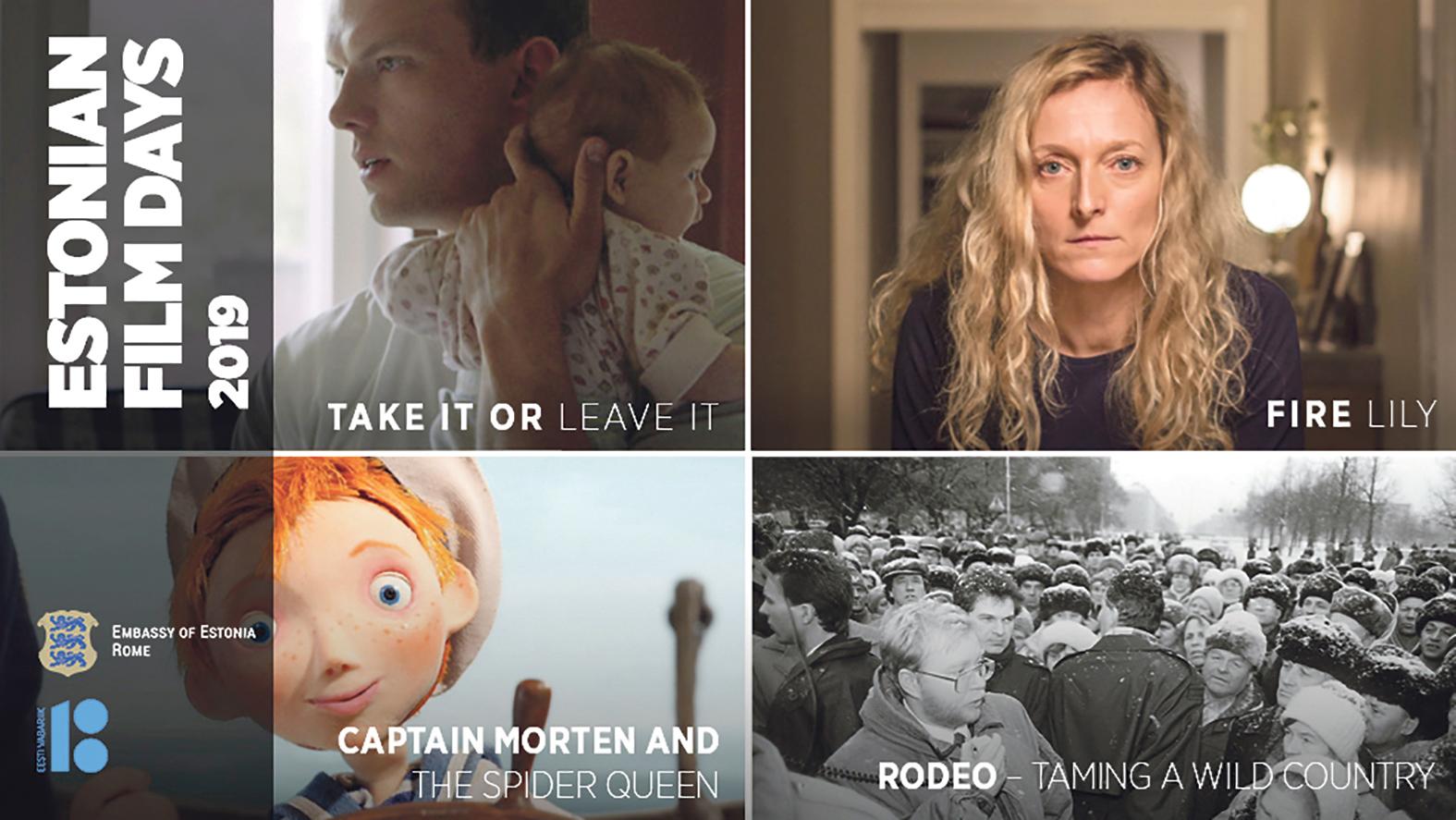 What are the distinguishing features of the Estonian film industry, and what makes it unique?

Some distinguishing features of our films for many years were beautiful long frames of landscapes and slow-paced stories. Then, like other European countries, we also started making family comedies. Now we have the Baltic Film and Media School at Tallinn University, which has helped Estonia develop good Hollywood-like storytelling and editing capabilities.

International interest in collaborating with Estonia is also growing – last summer, Hollywood director Christopher Nolan shot parts of his new film there. This is a new undertaking for Estonia, as until now our main focus has always been on the production of our own films. This in itself is unique, but Estonia has succeeded in maintaining a strong domestic film industry for over 100 years.

As Malta knows, it is difficult to keep one’s small, local-language film industry afloat amidst the giant global film industry.

Does Estonia have any famous movie stars or films?

You may have heard of our first big hit Tangerines, which was nomi­nated for the Best Foreign Language Film at the Academy Awards and the Golden Globe Awards in 2015. This movie can now be watched through Google Play.

While we may not have any big Hollywood stars, we do have the Black Nights Film Festival, which has been drawing attention to the Estonian movie scene for 23 years now. This year’s festival, which runs for a full two weeks, starts on the same weekend as our Malta film days.

What is the aim of the Estonian film festival in Malta and how do you feel this is being achieved so far?

The biggest aim for me personally was to create an event that we could offer to the Maltese people as a gesture of our friendship.

As I am a big cinema fan myself, we decided to organise a film festival. It was a success and now we are doing it for the third year in a row. This is a good moment to thank everyone at Spazju Kreattiv for all their help and kind cooperation.

Is the festival part of a cultural exchange programme also involving showcasing Malta in Estonia?

At the moment the festival is not part of any larger cultural ex­change programme, but it would be wonderful to facilitate such cultural exchanges in the future.

Finally, you will soon be in Malta to attend the festival; what are you most looking forward to about your visit?

I always love the wonderful sea breeze that welcomes me in Malta. I love to walk the streets of Valletta, enjoying time away from noise. But most of all I look forward to the delicious Maltese feast I always enjoy while in Malta. I return home few kilos bigger and happier!

Estonian Film Days 2019 runs from Thursday to next Sunday. Admission is free but subject to booking. For tickets, visit www.kreattivita.org/event/estonian-film-days-2019. 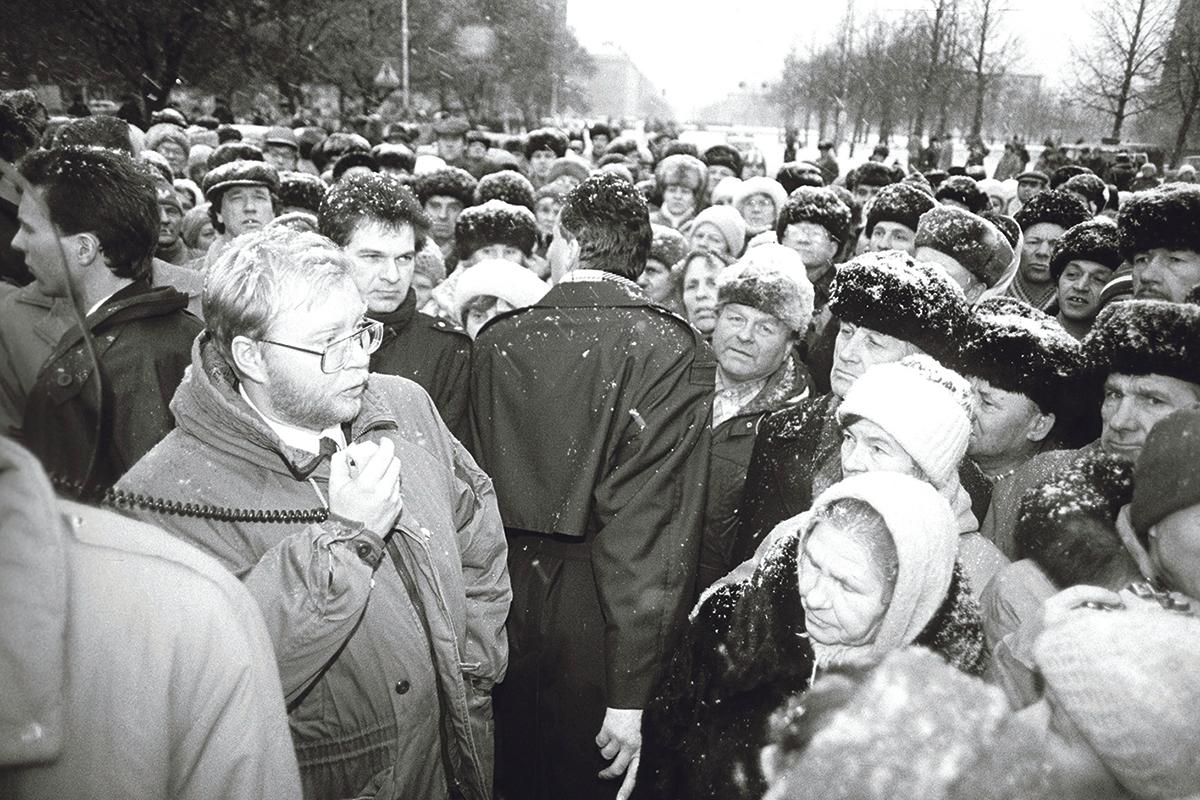 Rodeo: Taming a Wild Country, a documentary, introduces Estonia very directly by taking the viewer to Estonia in 1992.