Driving towards Rabat, one immediately spots a belfry which has been nicknamed is-Sultan tar-Rabat (the Sultan of Rabat) by the locals. This belfry belongs to the church of St Mark and its adjacent Augustinian priory; it is one of the most exquisite baroque churches on the Maltese islands.

The Order of St Augustine has a long history in Rabat. Its presence in the area dates to the end of the 14th century. The original convent was demolished in 1551; its proximity to the gates of Mdina could have weakened the city’s defences if invading forces were to occupy the convent. 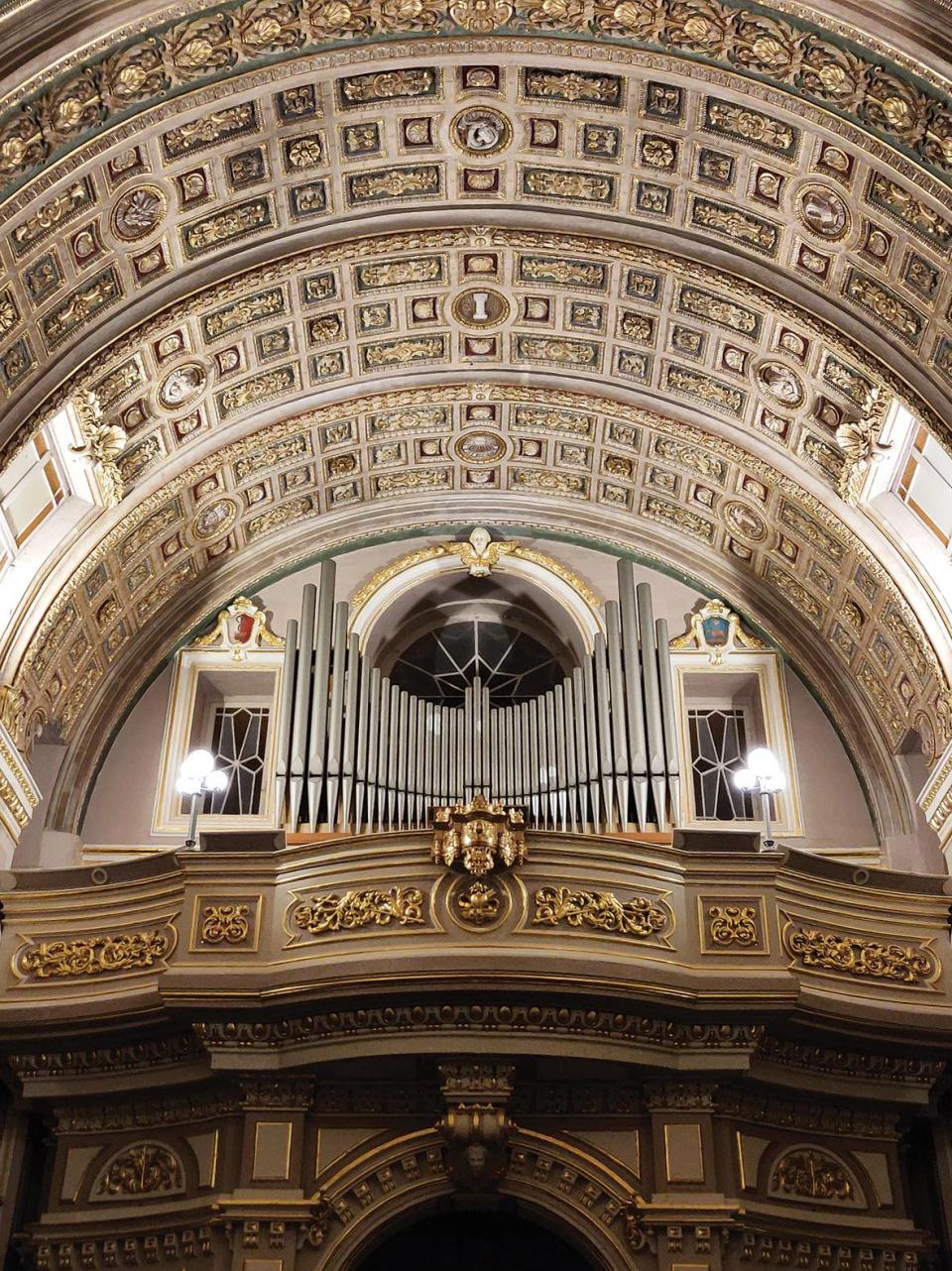 The Mascioni organ is in current need of restoration.

After losing all their possessions and following six years with no permanent home in Malta, the Augustinian friars were given the care of the chapel of St Mark the Evangelist on Saqqajja Hill together with some adjacent rooms.

The friars asked the famed Maltese architect Girolamo Cassar to design their new church and convent. The foundation stone was laid in 1556 and the edifice was completed by 1588. The church served as a prototype to St John’s Co-Cathedral in Valletta.

In August 1740, work started on the new convent designed by Andrea Belli. The new, more modern design preserved parts of the original plans. However, the new building created an environment which was more comfortable both for young novices during their vocational studies and for the pastoral work of the friars. Once again, this building served as a prototype to another iconic building – the Auberge de Castille in Valletta.

Initially, during the French occupation of Malta, the Augustinians were asked to leave their convent and to relocate to the Augustinian convent in Gozo. This proved to be too small and many friars returned home to their families. It was through the efforts of P.P. Laferla OSA that the convent was returned to the friars on Christmas Eve 1798.

In later years, this beautiful convent also gave refuge to hundreds who fled the cities for safer localities during World War II. During this period, the ground floor of the convent served many functions: it served as a school for boys, a shelter for 300 male refugees and a warehouse for furniture of bombed-out homes. 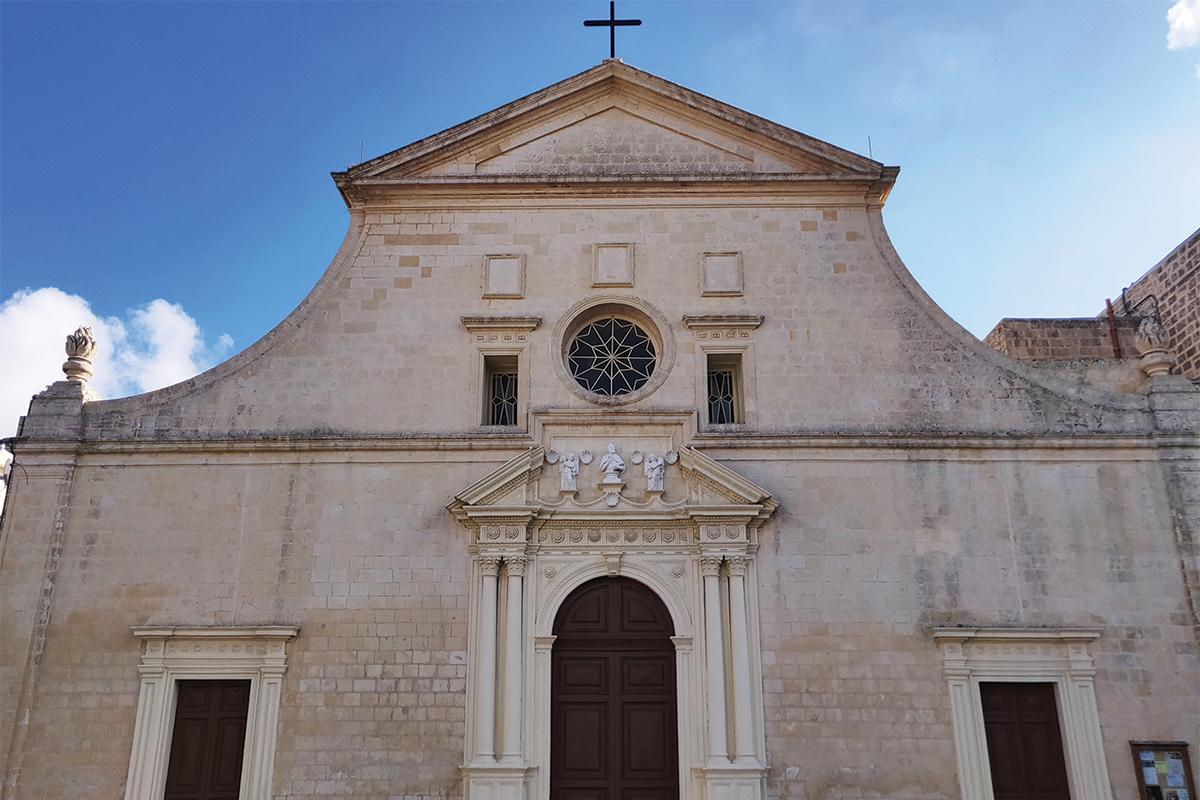 The façade of the church of St Mark in Rabat, designed by Girolamo Cassar.

The church still serves the spiritual needs of people in Rabat and the Augustinian friars also care for the communities in Buskett and Baħrija. The annual feast of St Anthony the Abbot with its traditional animal blessing and the feast of Our Lady of Consolation still attracts several pilgrims.

The church hosts regular concerts and events while the Augustinian Cloister Foundation was set up to promote the heritage of this unique building and to foster dialogue with the broader society.

The church and the priory house many priceless treasures, including a well-equipped provincial library, some unique works of art and a Mascioni organ.

This organ was designed and installed in 1959 by the renowned northern Italian firm Mascioni.

This two-manual electric action organ with 14 stops is situated on the west end gallery above the main entrance of the church. It remains one of the few of its kind in the Maltese islands. 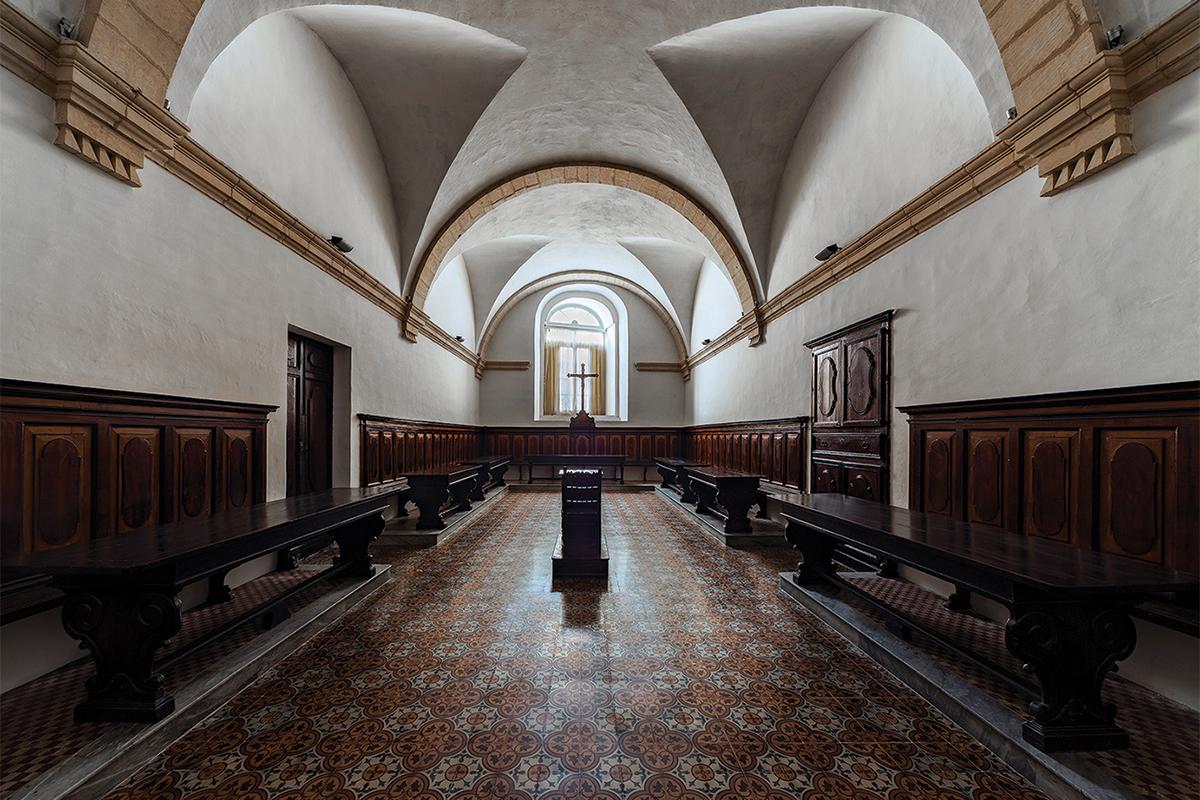 The refectory of the convent.

Specialists have long admired this professionally-constructed organ and have described it as a “work of art”. However, this instrument requires some urgent work due to wear-and-tear.

A preliminary investigation of the works required shows that the puffers inside the main chest require attention and the leather of the main bellows are worn out. Moreover, the pipes need considerable cleaning to remove dust and the dirt which accumulates over time.

The works needed include the maintenance of the electric blower, a complete re-leathering of the two double-rise parallel bellows and compensator bellows, the replacement and reassembly of internal puffers, the dismantling and restoration of all pipework, and the voicing and tuning of the organ.

More information on the church, the convent and the various activities and project is available on the Facebook page of the church at Patrijiet Agostinjani − Knisja San Mark – Rabat or that of the Augustinian Cloister Foundation. One can also send an e-mail to the president of the Augustinian Cloister Foundation, Chev. Ray Cassar, at raymcassar@gmail.com. 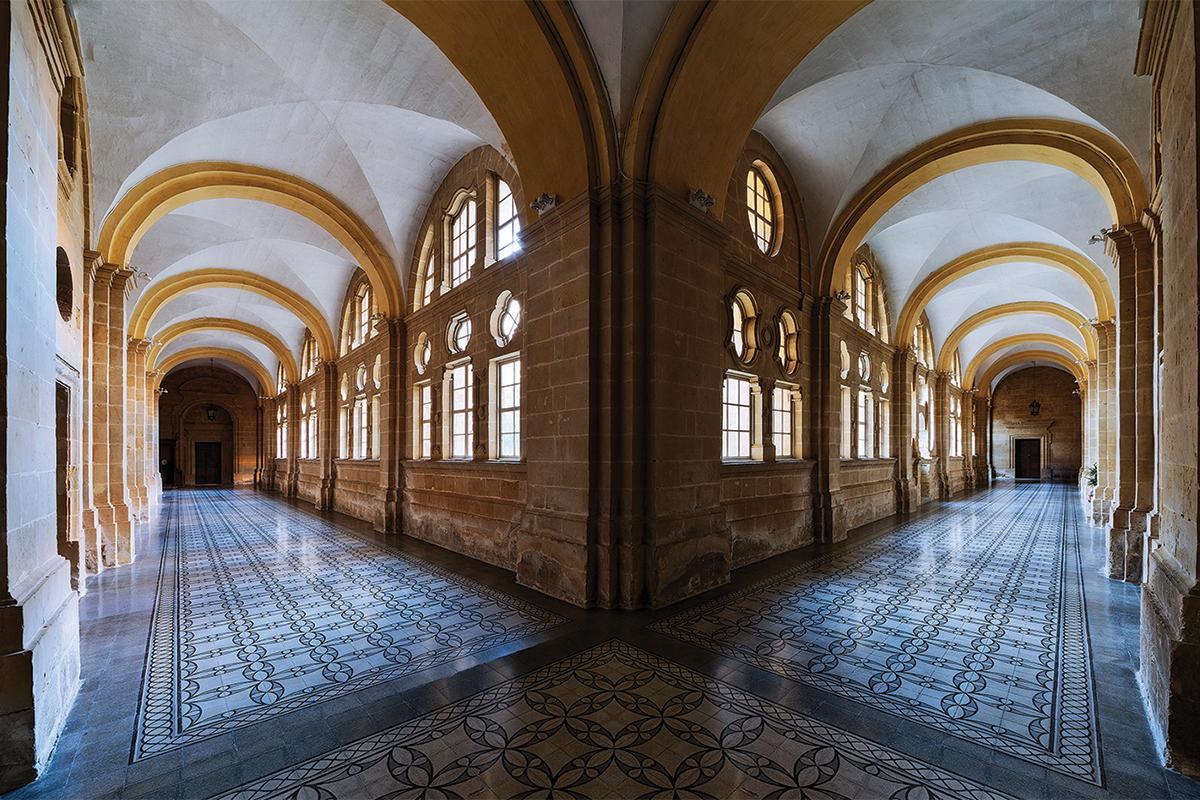 Views of the cloister’s corridors. 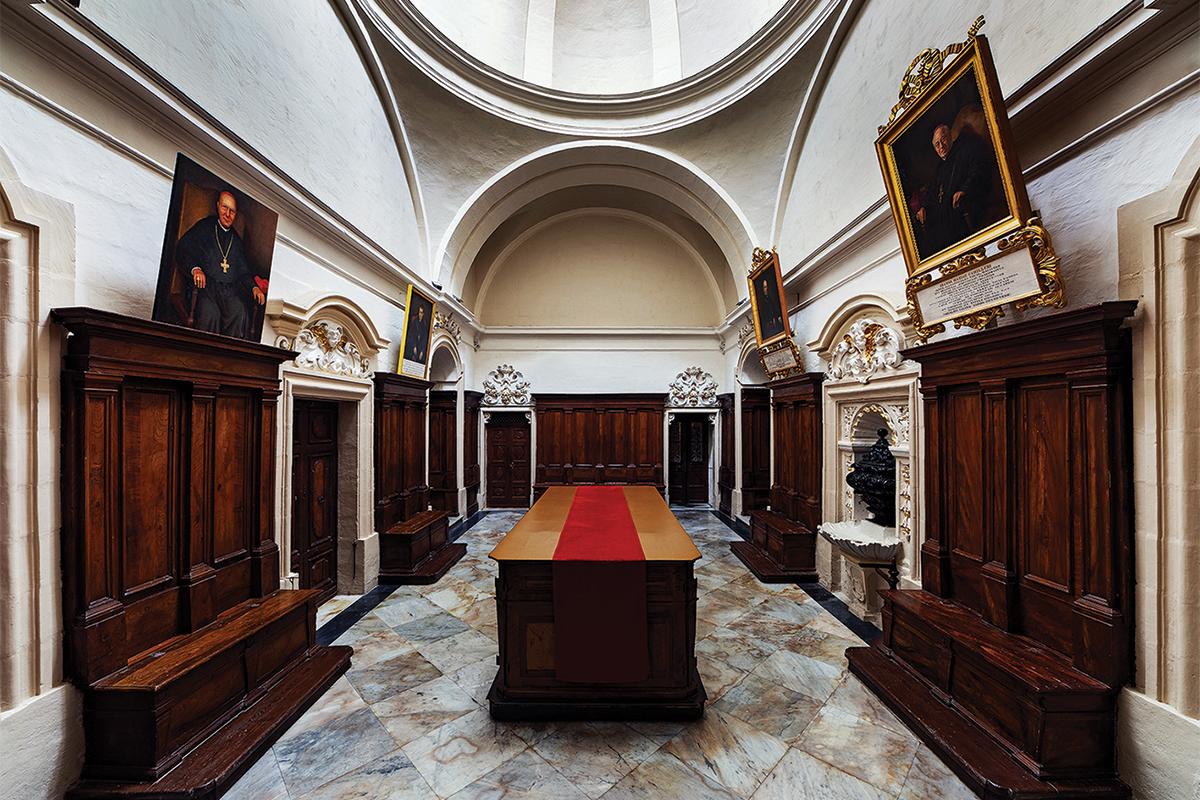 The sacristy of the church of St Mark.