Neville Gafà, a government official who had been implicated in an alleged Libyan visa racket, on Tuesday denied holding diplomatic talks in Tripoli on behalf of the Maltese government.

According to the Libyan government’s communication office and the Libyan Interior Ministry, Mr Gafà this week held diplomatic talks in Tripoli as “a special envoy of Prime Minister Joseph Muscat”.

However, when contacted, he denied having led an official delegation to Libya, insisting it was a “personal visit”.

“Yes, I am in Libya but on a personal basis, like when I go to Spain, Italy or anywhere else. I think I can visit countries, can’t I?” he said. 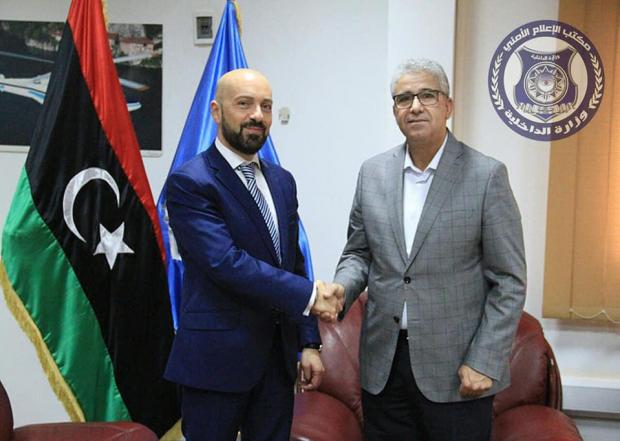 A spokesman for the Office of the Prime Minister confirmed that Mr Gafà did not hold any official meetings in Libya on behalf of the Maltese government.

The Libyan Interior Ministry on Tuesday uploaded a statement on its Facebook page entitled “Minister of the Interior Commissioner receives the Personal Envoy of the Prime Minister of Malta”.

It said the “Maltese government”, represented by Mr Gafà, had expressed its support for Libya’s UN-backed administration and that both sides had discussed various issues, including “bilateral relations between the two friendly countries in the security fields to serve the common interest of Libya and Malta”.

Meetings were on the basis of friendships

In another Facebook post, the Libyan government’s communication office said a meeting was held between Dr Muscat’s special envoy and the Deputy Libyan Prime Minister. They discussed “synergies” and the war on fuel smuggling, the Facebook post said. It, too, features photographs of Mr Gafà at the meetings.

Mr Gafà is not listed among the government’s special envoys and the reports of him having high-level meetings in the North African country raised eyebrows in the diplomatic community. Past allegations about Mr Gafà should have precluded him from holding such talks, a political observer said. 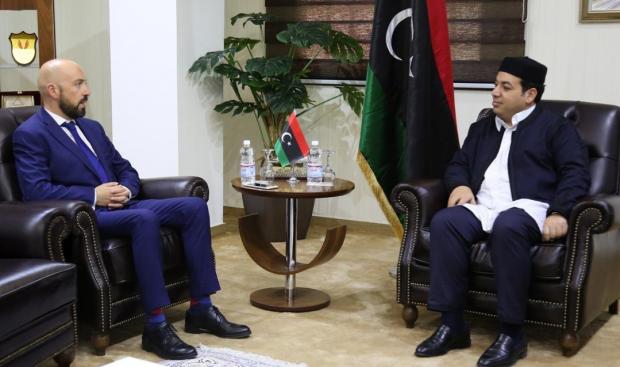 Mr Gafà with the vice-president of the Presidential Council Ahmed Omar Mʿytyq.

Mr Gafà confirmed he had held meetings in Libya but insisted that these were on the basis of “friendships” he had with people in the country, including the Interior Minister.

In 2016, Mr Gafà, then an official at the Health Ministry, had been accused by a whistleblower of having masterminded a medical visa racket. He had been investigated for allegedly charging Libyans a €2,500 monthly fee to secure medical visas, treatment and accommodation, along with an additional €100 charge.

Mr Gafà, a member of the Labour Party’s top executive, was removed from his office at the Health Ministry and transferred to the Foundation for Medical Services pending an investigation into the allegations.

When the police found no evidence of wrongdoing, he was moved to the Office of the Prime Minister to work in its customer care unit. He is now projects director at the Health Ministry. 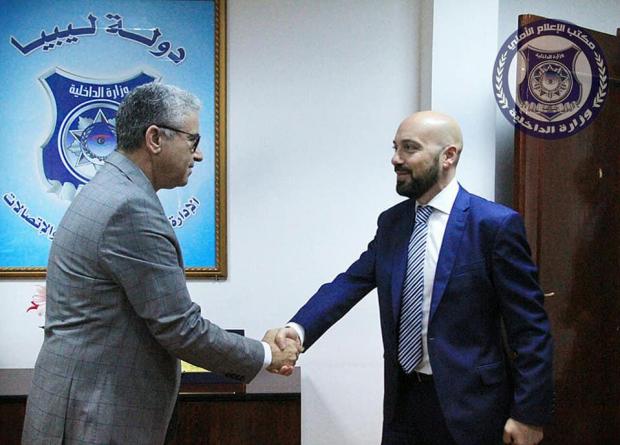 Earlier this year, Mr Gafà was again mentioned in relation to facilitating official documents, this time when a Tunisian family listed his name among those of officials they were asked to bribe for a residence permit. The family had claimed during a sitting of the Immigration Tribunal last January that a businessman who claimed to be in contact with Mr Gafà had charged them thousands of euros for paperwork allowing them to live and work on the island.

Mr Gafà categorically denied any knowledge of the claims.

Transcripts of conversations alleging Mr Gafà had been involved in the illicit sale of Schengen visas at the Maltese Consulate in Tripoli and the issue of humanitarian medical visas were submitted during court proceedings last June.

Again, Mr Gafà denied all the claims made in his regard.