Aviation authorities are holding talks with a number of airlines amid concerns about further cuts to Malta’s flight connections, as COVID-19 continues to decimate air travel.

Industry sources told Times of Malta that government officials are holding talks with nearly all major carriers that service the island as several are planning to reduce flights over the coming months.

Some of the major airlines are also planning to completely end Malta flights.

Qatar Airways is one such carrier, with the airline confirming on Thursday that it would be suspending its Malta route.

"While we continue to operate as many flights as possible, many routes remain commercially unviable due to the significant drop in global demand for air travel," the airline told Times of Malta.

Qatar Airways flies a daily Doha-Malta route in the summer months and a reduced schedule in winter and is a bridge to other long-haul destinations such as Tanzania, Bali and the Maldives.

An informed source said talks were ongoing with Qatar and other airlines, to ensure routes were maintained or restored once market conditions improved.

“The industry has been hit hard and we do not expect a turn around within the next six months,” the source said.

Just two days ago flights to and from the UK were suspended following concerns over a spike in cases there. Maltese citizens and residents returning to the island from Britain are still being allowed to fly.

Earlier this month the Central Bank said nearly half of Malta’s air routes have been cancelled in less than a year. In a report, the bank said that the global pandemic had taken air travel back 15 years. 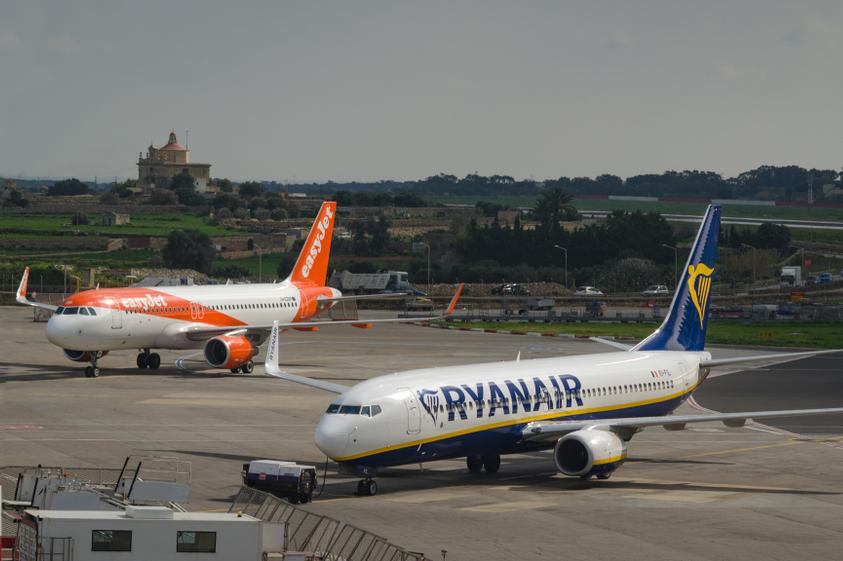 Easyjet and Ryanair planes at Malta International Airport. A Central Bank analysis found that Malta's air connectivity has been taken back 15 years during the COVID-19 pandemic. Photo: Shutterstock

The Central Bank said that in 2005, Malta had 84 direct air connections, soaring to 125 by 2019, largely due to the introduction of low-cost airlines.

It also saw the islands directly connected to 40 countries in 2019, up from 27 in 2005. However, COVID dealt air connectivity “a significant blow” –  in 2020, over 50 direct connections were lost, with just around 70 remaining active.

Asked for an opinion on the research, a senior official at Luqa airport said: “The situation is not getting any better”.

While he confirmed efforts were underway to try and retain as many connections as possible, the official conceded that more routes would be shut off “at least temporarily”. ­