LSA Karen Mercieca has been suffering from severe anxiety since being accused of sexually abusing a student at a Gozo primary school, a charge thrown out by an appeals court last week after five years of hell for the woman who loves teaching. She opened up to Matthew Xuereb.

A learning support assistant from Qala has lived through a “living nightmare” fending off sexual abuse allegations, which five years on have finally been laid to rest after her acquittal in court last week.

Karen Mercieca, 38, was cleared of having defiled an 11-year-old girl with a learning disability at the Għajnsielem Primary School in November 2011. Her acquittal in 2015 was confirmed on appeal last week.

Yesterday, Ms Mercieca told The Sunday Times of Malta in an emotional interview that she had spent five years “existing rather than living”.

“It has been a living nightmare, having to wake up every morning with such an accusation. I have tried not to let it affect me, but the burden was too heavy to carry year after year.

“During these five years, I stopped living and was just existing. The life I had enjoyed so much made no sense anymore. Having to prove my innocence for such an accusation took away my life,” she said. 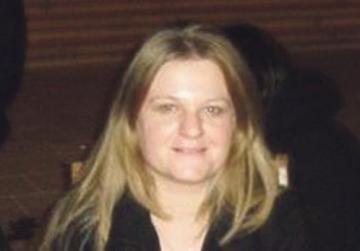 Karen Mercieca, 38, an LSA whose life has been turned upside down over the past five years.

Throughout the five years, she kept asking herself over and over again why someone would make such an accusation against her.

“There is no rational reason, except that there are evil people who thrive on other people’s pain and injustice.”

She had been an LSA for 11 years when, all of a sudden, her professional and personal life came crumbling down. She was called in by the police, who were looking into a claim, made by the mother and aunt of one of her students, that she had touched the child inappropriately. The student was in Year 6.

It all started on November 8, 2011, when, she said, she saw a wound that looked like a burn on the student’s left arm, close to her elbow.

“I had already noticed that it looked like a cigarette burn. I asked her about it, and she told me that it was a burn. I informed the Head of School about it. From then on, my life turned upside down.

“On November 14, my hell began when I received a telephone call from the police station asking me to go, as they wanted to speak to me. Between the 8th and the 14th, when I was eventually interrogated and arrested, the student was still assigned to me like the previous two years, and her behaviour was normal,” she explained.

Ms Mercieca is still bitter and very hurt about the entire case and did not mince her words in accusing the prosecution of being unprofessional.

“The fact that I am and was always innocent, as was confirmed twice by the Maltese justice system, is enough to prove that no professional investigation was done,” she said.

She claimed the investigating officers did not visit the school where the alleged sexual abuse took place, nor did they speak to anyone who could have witnessed it.

“During my interrogation, I was made aware that it was being alleged that the incident took place during one of the short breaks when the student was kept in to redo homework she had done carelessly. I informed the police immediately that I was not alone with the student during the break and that there were other students in class with me for the entire break.

“But the investigation was not taken seriously, as the inspector did not even go to the classroom to speak with the students in class,” she alleged angrily.

The fact that I am and was always innocent, as was confirmed twice by the Maltese justice system, is enough to prove that no professional investigation was done

In his judgment of 2015, Magistrate Joseph Mifsud said there were many questions that remained unanswered. He highlighted the fact that the child’s burn was not investigated by the police. Was it a cigarette burn, an oven burn or a mosquito sting as the girl claimed, the court asked.

Magistrate Mifsud said the girl took 20 minutes to explain where the burn came from and was uncomfortable with the questions about it.

The magistrate and Chief Justice Silvio Camilleri, who presided over the appeal, both based their decision on the convoluted versions of events given by the girl, who changed her story throughout her testimony. She even mixed up what she had been wearing, mentioning a dress, a skirt and trousers.

Ms Mercieca had harsh words for the lengthy proceedings, when a different magistrate was presiding over the case before it got assigned to Magistrate Mifsud in June 2015. She said it took three years before she could testify in court and there were many sittings when she would turn up at the courthouse “for nothing”.

“In my opinion, the case dragged on for way too long. The last year was especially hard on me, as I had to wait for my appeal decision. Having to wait to appear in court several times for nothing took its toll on my physical and psychological well-being.

“Eventually though, justice was done and the truth emerged,” she said.

Ms Mercieca said she had “no doubt” that there had been a drastic decline in people taking up her profession.

“I cannot say that I blame them, when professionals are treated as criminals. It is important to note, though, that from my case onwards, there have been changes made to the way investigations take place, as they should be.”

As of yesterday, Ms Mercieca was still suspended from working as an LSA, although in the meantime she has been carrying out secretarial duties in a government department.

But she is now looking forward to returning to the classroom. “I was prevented from exercising my profession, which I have dedicated my life to.

“I always did my best to help students, and I intend to keep doing so. It is not fair to let a false accusation limit me from carrying out my duties.”

Asked what message she wanted to get across as  a result of what she had been through, Ms Mercieca said: “[I would like] all professionals to be vigilant and never work with children on a one-to-one basis. The risk is too great. I do not want anyone to go through what I did.

Ms Mercieca thanked all those who supported her from the outset and those “from all walks of life” who “never doubted my integrity, professionalism, dedication and, above all, my innocence”.

“Unfortunately my health has suffered the brunt of this ordeal. The trauma I went through left me suffering from severe anxiety. I am aware that it is going to be a long journey for me to recover from such a horrible experience that could have been totally avoided had the investigation been carried out professionally.

“I regret that this ordeal has not just affected me alone, but unfortunately my family went through hell with me all the way, and this made the experience I went through even harder,” she said as she thanked the President of the Malta Union of Teachers, Kevin Bonello, her lawyers Stephen Tonna Lowell and Giannella de Marco, as well as her colleagues at the Għansielem Primary and the office of the Care for the Elderly.